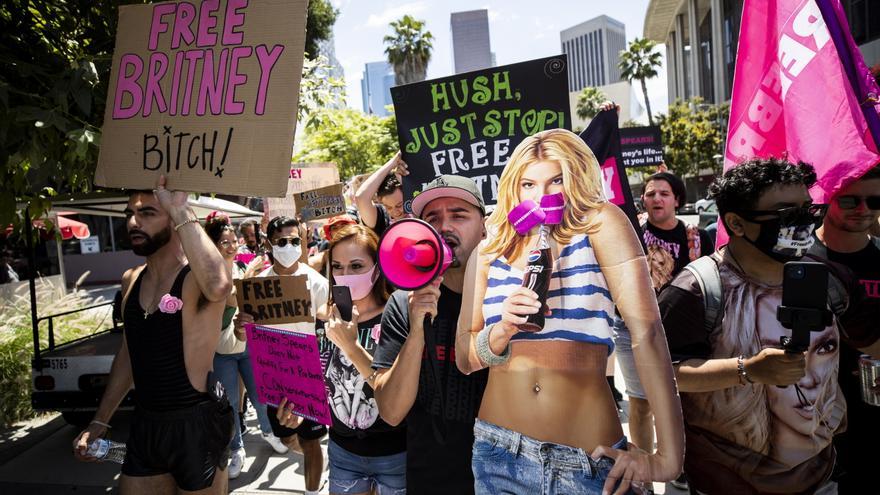 JaLos Angeles (USA), Jul 2 (EFE) .- A week after Britney Spears’ intervention before the courts of Los Angeles (USA), the reactions of all those involved in her legal guardianship have been chained without the most expected step: Have your lawyer register a petition to put an end to it.

Sources close to the case affirm that the singer’s legal representative, Samuel Ingham, would be preparing the necessary documentation to start the process, although it is not clear that it will be delivered before July 14, when a new hearing will be held in which no Britney will intervene.

Although the person who has received the most attention in this case is his father, Jamie Spears, legal guardianship involves multiple attorneys and a mutual fund.

THOSE INVOLVED: FAMILY, LAWYERS AND AN INVESTMENT FUND

Currently, legal guardianship is divided into two parts: the financial area, controlled by Jamie Spears and the Bessemer Trust company; and the personal aspect, mentored by the lawyer Jodi Montgomery.

For now, the most encouraging move for Britney is the request that the Bessemer Trust fund registered this Thursday to withdraw from the tutelage after affirming that it “respects” the wishes of the singer.

The petition comes a day after Judge Brenda Penny ruled that this consultant should share control of Britney’s finances with her father, a decision made after a hearing last November that has nothing to do with the artist’s latest statement. .

For his part, the father asked in the last hours that the complaints made by Britney be investigated and defended himself by ensuring that since 2019 he has no power over his personal decisions.

This point is true.

Although the singer’s father has served as legal guardian since 2008, in 2019 the court appointed attorney Jodi Montgomery as a temporary guardian on the singer’s personal aspects, after Jamie cited health reasons for leaving.

However, Montgomery has stated in a statement that its sole purpose is “to encourage Britney on her way so that she no longer needs a guardianship.”

Now, the attention is on the lawyer appointed to defend the interests of Britney, whose role is called into question after the artist said that she did not know that she could ask for the termination of the guardianship, and an exclusive from The New York Times newspaper. , which states that the attorney has earned $ 3 million since 2008 from this case.

That lawyer must argue the “release” of Britney.

This point is the one that Britney used with the most impetus. Her father, her lawyer, the father’s lawyer, the lawyer who oversees personal life … they all receive money from the singer.

“This guardianship is paying the salary of many people. I am fed up,” he said.

The judge could estimate that for 13 years a guardianship has been exploited to distribute his fortune valued at 60 million dollars, as Erin Joyce, a specialist in legal ethics, recalls.

“The reason this case is interesting to ethics attorneys across the country is that when you have an attorney who is taking actions that are directly contrary to his client’s interests and wishes, then it becomes an ethical issue. “he told CNN.

SECOND ARGUMENT: BEING DISABLED AND WORKING

The other aspect that Britney questioned is that she has really been incapacitated if during these years she has acted, published albums and starred in a millionaire show in Las Vegas between 2013 and 2017, sometimes against her will.

“It doesn’t seem like other less restrictive alternatives have ever been seriously considered,” Leslie Salzam, a law professor specializing in legal guardianship, told The Hollywood Reporter.

The case of the artist, who has been occupying news spaces in the United States for weeks, has generated attention that goes beyond her fame.

In some states, such as California, a professional tutor can request the guardianship of a stranger and to obtain the license to practice as such it is only necessary to pass a few courses.

Netflix premiered this year a comedy, “I Care a Lot”, which analyzes the framework around this legal figure.

The law is also not clear when it comes to ending the guardianship, it is enough for the judge to “gather evidence” but does not specify which ones, so Britney’s future is uncertain.