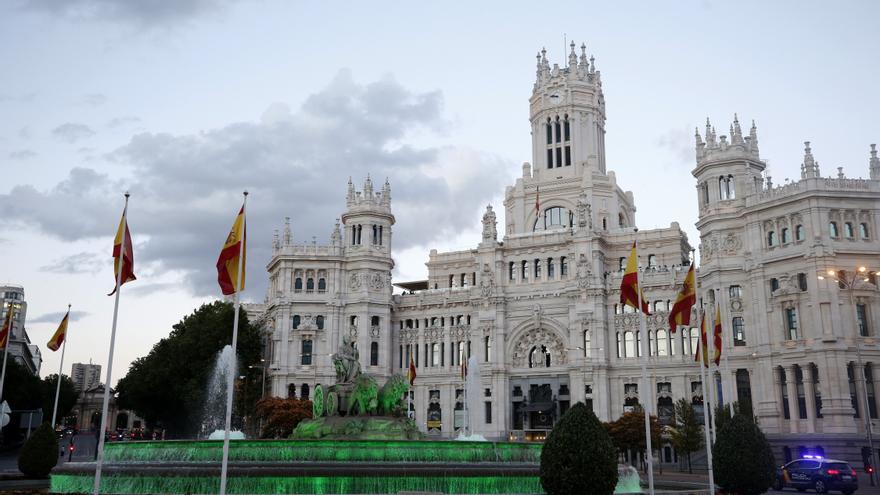 New blow of the Constitutional Court to the tax on municipal capital gains. And they go three in four years. The high court has published a press release this week in which it advances the conclusion of a sentence that will be known in the next few days and that declares the method of calculating this tax, one of the main income for Spanish municipalities, unconstitutional. In the absence of knowing the content of this decision, the Treasury has already advanced that it will have to reform this rule as soon as possible.

The brief note of the Constitutional Court forces to contextualize and explain some of the main doubts that arise on this subject.

What is capital gains tax?

To begin with, this is not its official name, but as it is popularly known. Its name is somewhat more complicated: tax on the increase in the value of urban land (IIVTNU). The rule on which the application of this tax is based, and which has now been punished for the third time by the Constitutional Court, is not new and has almost two decades of history. It dates from 2004, when the Aznar government was serving its last weeks before the change in Moncloa that gave entry to José Luis Rodríguez Zapatero.

In theory and broadly speaking, the capital gains tax is levied on the revaluation of the urban land on which a property is built, being the difference between the time it was acquired and the date it is sold.

Who pays for it and who charges for it?

The norm is state and depends on the Ministry of Finance. However, it is a tribute managed and collected by the municipalities and, on some occasions, by the provincial councils.

What has the Constitutional Court ruled?

For now, little is known about the high court’s ruling, beyond the brief press release that was published on Tuesday. In the absence of knowing the details of the opinion, the court has declared unconstitutional the method of calculating the taxable base of this tax. The sentence, of which Ricardo Enríquez has been rapporteur and has two votes against, declares “unconstitutional and null” three sections of Article 107 because “it establishes an objective method of determining the taxable base of the Tax on the Increase in the Value of Urban Land, which determines that there has always been an increase in the value of the land during the period of the imposition, regardless of whether there has been such an increase and the actual amount of that increase. ” In other words, it effectively nullifies the method of calculating the base on which the tax is applied.

This methodology is what has generated a real headache in the last four years. The one communicated this week is the third sentence that occurs against the calculation of the tax. The first dates from 2017. Then it was declared unconstitutional that this tax had to be paid even when there had been a loss of value of the property. That is, if, for example, someone bought a home in 2006, in the rising price cycle, and sold it in 2015, when they were down, for a lower value than when they bought it, they were also taxed by this tax. A second sentence came in 2019, when those cases where the installment to be paid was greater than the increase in value itself was set as null.

Although in theory the tax is levied on the revaluation of real estate, its calculation formula caused its payment to be required even when losses were recorded. The fee is calculated automatically at the time of the transfer of the asset based on the value set by the Real Estate Tax (IBI) and is a percentage that depends on the years that have elapsed since the acquisition, not on its price. Therefore it always comes out to pay. This calculation method is the one now declared null by the Constitutional Court.

What is the importance of this tax?

For municipalities it is key. It is a fundamental piece for municipal financing in Spain. To express it in figures: in 2018, according to statistics from the Ministry of Finance, contributed 2,148 million euros. It is the second most important tribute of the municipalities, behind the Real Estate Tax (IBI), which contributed 12,905 million euros. An iReport based on that exercise prepared by REAF It pointed to large differences by municipalities, the largest being those that have a greater dependence on this tax. According to that document, it represents 27% of the income in Madrid and around 22% in Barcelona.

The municipalities, meeting in the Spanish Federation of Municipalities and Provinces (FEMP), responded this Tuesday to the press release of the Constitutional Court. Its president, Abel Caballero, mayor of Vigo, pointed out that, “if the first interpretation” of the ruling that has been known is confirmed, “a new rule would be proposed that would allow the tax to be reestablished with” collection justice. “The mayor of Madrid , José Luis Martínez-Almeida, urged the Government on Wednesday to give an answer not to “deprive the municipalities of a fundamental source of income to maintain public services.” Only Madrid planned to enter 500 million euros.

How has the Ministry of Finance, on whom the rule depends, responded to the ruling?

The Ministry headed by María Jesús Montero has publicly committed to waiting until the content of the sentence is known, something that could occur next week, to be able to go into the details of the Constitutional argument. Once it has this information, the Treasury has assured that it is already finalizing a draft that “will guarantee the constitutionality of the tax, offer legal security to taxpayers and certainty to municipalities.” The foreseeable thing is that, once the sentence is known, the Treasury will take a Royal Decree to the Council of Ministers to replace the problematic articles.

For its part, the Popular Party, author of the rule that is now under discussion – and which was not modified by successive governments – rushed on Tuesday to demand that the Government compensate the municipalities. “They have been unable to approve a rule that gives legal certainty on this matter in 3 years”, declared the deputy secretary of the PP Antonio González Terol. When the first sentence against this norm was published, in 2017, the PP was in the Government.

Is the tax annulled? Is it retroactive?

The sentence has not yet been published and notified and its content is not known, making it more difficult to answer these questions. It seems clear that, by annulling the calculation model of the taxable base of the tax, it will be necessary to reform the law so that the municipalities can continue to collect it. However, the consequences are less clear on what has been collected in previous years under a formula that is now declared null.

The press release of the Constitutional Court advances a sentence that responds, in part, to this question: “The ruling declares the intangibility of the firm situations existing before the date of approval of the sentence.” Thus, it is pointed out that there would be no retroactivity on the sentence.

However, since the high court’s statement was known, it has been different consumer associations, platforms and law firms that traditionally manage class action lawsuits against bad mortgage practices that have rushed to advance that a path for the claim has been opened. . Asufin pointed out that the ruling “opens the door to all self-assessment claims made in the last four years.” Carlos de la Sierra, attorney for tax law at Reclamador.es, assured in this line that “it opens the door to continue claiming those situations that are not final before the date of approval of the sentence, which includes those that are challenged in their day and they have not yet received a response either through administrative channels, either in the Courts, or those that have not yet completed the term to claim them. “