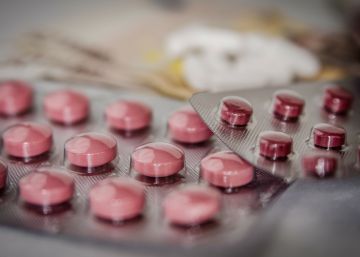 Quantum chemistry is a part of chemistry that applies a branch of physics, quantum mechanics, to the study of chemical systems and allows us to understand molecules. It is necessary to understand that the molecules are formed by particles as small as electrons and nuclei, so they do not follow the macroscopic physical laws, the physical laws that we all see with our own eyes in the world around us, and that govern movement and Energy. These laws, which we call classical, are not applicable to molecules because atomic particles follow different laws, those of quantum theory.

The quantum theory is very recent, it was born early is 20th century Before it developed, the molecules were not understood because the only way to explain the chemical bond is precisely this new branch of science. All the vision of molecules in chemistry was a macroscopic and qualitative vision. That is, the reactions were carried out in the laboratory, what was obtained was seen, although most of the time it was not known why or how it happened, the reaction mechanisms were not understood. Until the quantum chemistry could not be applied, the behavior of the molecules was not understood. And since these transformations were not understood at the molecular level, neither could predictions be made. There were, for example, typical phenomena such as fluorescence or phosphorescence, that is, it was known that there were molecules that absorbed certain types of light and then emitted or emitted spontaneously but it was not known why. Quantum chemistry allows us to understand why these phenomena occur and predict in which other molecules they can appear.

In Pharmacy it has been used a lot precisely because of this prediction feature. To design a new drug we have two options: start obtaining new products in the laboratory and study their properties to see if they are valid or use quantum chemistry that allows us to discard many molecules that will not work, without the need to synthesize them in the laboratory . Somehow we can say that chemistry is consolidated as true science with predictive capacity from the development of quantum chemistry.

What happens with our science is that while quantum physics is well known, if only by name, even by people who do not know anything about science, quantum chemistry is spoken very little. The reason is that it is a conceptual field that requires very advanced knowledge of various fields including mathematics and computer science. In fact, there is a key moment for Quantum Chemistry that is when John Pople received the Nobel Prize in 1998. Pople was the creator of a molecular calculation program that can be used as a black box, even if he doesn't have deep knowledge of Quantum chemistry, you can use the program and perform molecular calculations. From there, quantum chemistry became a little better known.

But to be a true quantum chemist you need to be a chemist; physical knowledge, both electromagnetism and quantum mechanics; a good portion of mathematics because the mathematical apparatus behind it is very large and computer skills because the use of powerful computers is a fundamental requirement in the calculations performed. That is why its development is also closely linked to the advancement of computers that increasingly expand the calculation possibilities.

The applications of quantum chemistry are very varied since it allows to study the chemical reactivity or ability of the molecules of a substance to react with other molecules of the same or another substance. It serves to predict what the resulting product will be like after the reactions and determine the reaction intermediates and possible by-products thereof. It also allows the study of molecular spectroscopy or interaction of light with molecules, with application in astrophysics; and even it begins to have applications for chemical engineering, because it allows to predict some properties that are then important for the design of industrial equipment. Au being a very complex science conceptually, quantum chemistry is an exciting branch of chemistry and with multiple applications.

Beatriz by Miguel Hernández She is Professor of the Department of Chemical and Environmental Engineering and Vice Chancellor for Research at the Polytechnic University of Cartagena.

We respond It is a weekly scientific office, sponsored by the Dr. Antoni Esteve Foundation, which answers readers' questions about science and technology. They are scientists and technologists, partners of AMIT (Association of Women Researchers and Technologists), the ones that answer those questions. Send your questions to [email protected]@gmail.com or via Twitter #nosotrasrespondemos.