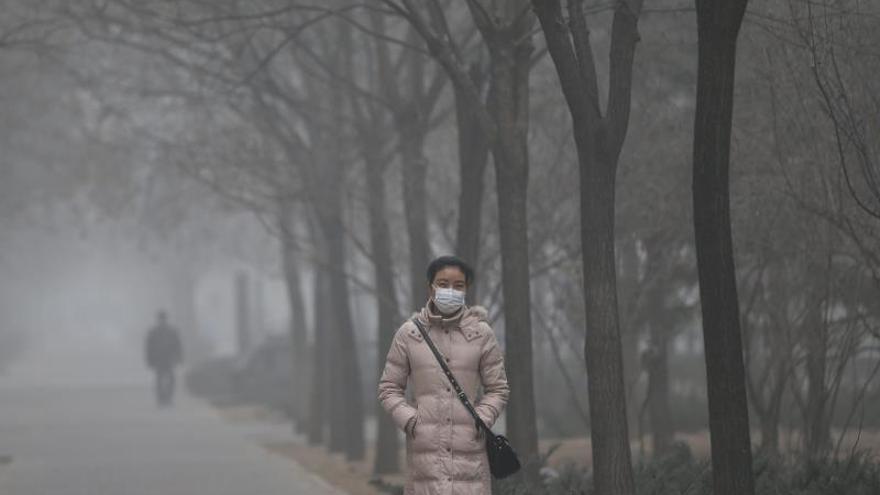 Time is running out. The World Health Organization (WHO) has published a report on Monday in which it warns of the consequences of the climate crisis and global warming on health. In it, this body warns that “the same unsustainable actions that are killing our planet are killing people.” Specifically, some of the data offered by the study is that every minute 13 people die in the world due to air pollution, that climate change is the greatest threat to health or that achieving the objectives of the Paris agreement would save millions of lives a year.

The report, which is published in the framework of the United Nations Conference on Climate Change (COP26), which will begin at the end of October in Glasgow, points out directly: “The burning of fossil fuels is killing us. Climate change is the greatest threat to health facing humanity. Although no one is safe from the impacts of climate change on health, the most vulnerable and disadvantaged feel disproportionately. ”

“It has never been more evident that the climate crisis is one of the most urgent health emergencies we are facing,” says the WHO Director of Environment, Climate Change and Health, María Neira. The expert points out that reducing air pollution to the levels recommended by the WHO would “reduce the total number of deaths in the world from air pollution by 80% and drastically reduce greenhouse gas emissions” and that a change to diets plant-based “could reduce global emissions, ensure more resilient food systems and prevent up to 5.1 million diet-related deaths per year by 2050.”

To do this, the report calls for States to establish “ambitious national climate commitments if they want to maintain a healthy and ecological recovery after the COVID-19 pandemic” and to commit to transformative action in all sectors. From energy and transportation to food systems and finance. And, of course, achieving the goals of the Paris Agreement, which “would save millions of lives every year.” Some objectives that are currently far from being achieved because “most climate decision-making processes do not take into account the benefits for health and their economic value.”

In its report, the WHO makes ten recommendations that highlight “the urgent need and the many opportunities for governments to prioritize health and equity at the international level on climate change and the sustainable development agenda.” The first focuses on the commitment to a green and sustainable recovery after the COVID-19 pandemic. A commitment that would go through aligning climate and health objectives, ending all fossil fuel subsidies, betting on green energy and guaranteeing access for the entire population, including the health perspective in all public policies, being prepared to the next pandemic and guarantee access to vaccination for the entire world population.

Put health and social justice at the center of conversations

In that sense, in an open letter sent to 197 world leaders by 400 organizations representing 45 million health workers, they claim to “place health and social justice at the center of the UN climate talks.” This is another of the WHO recommendations, which asks to respect the commitment not to exceed 1.5º of global warming, a barrier that, according to a UN report, will be widely exceeded and will reach, at least, 2, 7th by the end of this century. “Every fraction of a degree threatens to cause more deaths and economic destruction,” warned WHO Director Tedros Adhanom Ghebreyesus.

In the letter, they note that “those people and nations that have benefited most from the activities that caused the climate crisis, primarily the extraction and use of fossil fuels, have a responsibility to do everything possible to help those who are now in higher risk “. The WHO director also emphasizes poverty as a key factor of inequality in the face of the climate crisis: “Climate change affects all countries, but it affects lower and middle income populations more. Any delay in acting on it The threat to global health will disproportionately affect the world’s most disadvantaged. ” For this reason, they also demand that financing be expanded so that the most vulnerable countries can tackle the climate and health crisis. A measure that has already been taken up in Paris, with a commitment to invest 100 billion dollars a year for the climate.

The executive director of the Global Climate and Health Alliance, Jeni Miller, has highlighted that “forest fires, floods, heat waves and droughts that affect people’s health have increased worldwide, exacerbating other health challenges such as the pandemic. ” For this reason, he has indicated that “the integration of health and equity in climate policy will protect the health of the population, maximize the return on investments and generate public support for the urgent responses of governments to the climate crisis.”

The report calls for prioritizing climate interventions with greater health, socio-economic and environmental benefits at all levels, adopting policies that recognize the right of the population to live in clean, safe and sustainable environments and investing in research to analyze the impact of climate change on health and the benefits of measures against this crisis in it. In addition, it calls for protecting and adapting health systems in the face of the climate crisis that leaves more extreme phenomena with devastating consequences for health every day and that all levels of health care collapse and assess which populations are most exposed to the risk of contracting related diseases. ensure adequate care.

On the energy front, the report points out the need to create systems that protect the environment and health. That is, gradually dispense with fossil fuels that cause seven million deaths each year, eliminating the subsidies they receive and taxing their activity, investing in clean energy in homes, and ensuring a just transition for workers in these sectors and communities. currently living from these industries.

The WHO also focuses on cities, where more than 60% of greenhouse gases are emitted. The solution proposed by this body is to reduce the use of private cars in favor of bicycles or public transport, but also to rethink urban planning to create spaces for people, integrating health, equity and a green environment in which to live and that be prepared for the future.

Another of the recommendations of the report published this Monday is to protect and restore natural environments and ecosystems and recognize the links between people, animals and the health of ecosystems to prevent and anticipate risks and the impact, for example, of infectious diseases. In this case, the WHO calls for concrete commitments, such as protecting at least 30% of the land and sea by 2030, prioritizing the most important areas for biodiversity.

The World Health Organization also calls for changes in diet. Specifically, the WHO bets in its report to promote the production of sustainable food and more affordable and nutritious diets. To do this, it proposes eliminating aid for unsustainable agricultural activity and supporting a just transition. This new concept of food would allow “to provide the population with healthier and more nutritious food, while reducing emissions harmful to the environment and protecting natural resources,” he says.