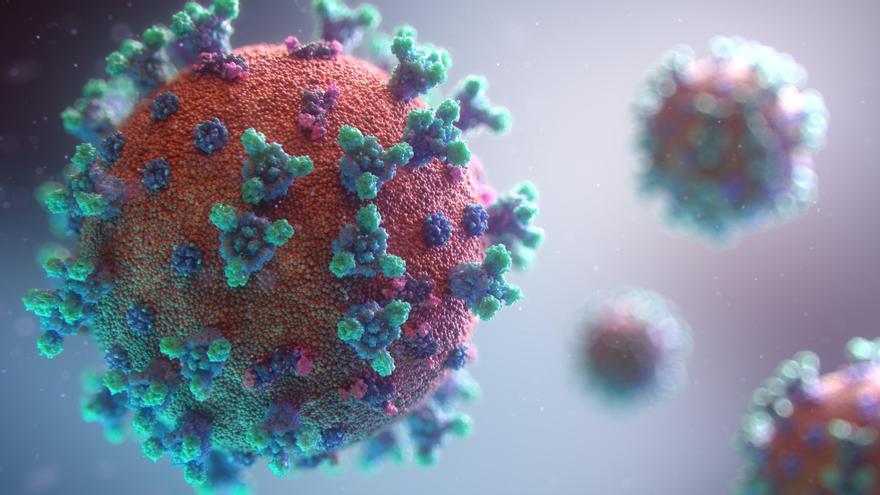 We are going to review, in light of evolution, the appearance and development of new viral strains, focusing our attention on the Sars-Cov-2 virus with which we have been living for two years now.

Indoor air quality, the pending reform after the pandemic: "Ventilating is not opening the windows"

RNA viruses can be exceptionally mutable

Evolution has two engines that drive it: genetic variation and natural selection. Genetic variation is caused by errors in the replication of genetic material. These errors are surprisingly rare, considering the amount of genetic material that is replicated in each generation and the speed of the process. However, the enormous numbers of constantly replicating microorganisms or viruses make the rare occurrence. Thus mutations accumulate in the population.

The replication of genetic material is more precise in those organisms and structures that use deoxyribonucleic acid (DNA) as information support because the machinery that carries it out (the DNA polymerases) may have error correction mechanisms.

However, when the genetic material is ribonucleic acid (RNA), the replication machinery is more imprecise and errors are more frequent. Consequently, RNA viruses are more prone to mutation than DNA viruses or bacteria and other cellular organisms.

There are exceptionally mutable RNA viruses that form sets of different populations within the same infected person. This is what happens, for example, with the virus of the hepatitis C. This applies the concept ofquasispecies” to explain the coexistence of a large number of variants of the virus that do not mutually displace each other.

The coronavirus has the facility to adapt to different environments

Natural selection, on the other hand, is the process by which some organisms have greater reproductive success than others in a given environment and can displace competitors by becoming predominant or exclusive.

As is easy to understand, those mutations that allow greater reproductive success in an environment will tend to become more frequent in the population and the organisms that have them will be better adapted to that environment. In reality, what happens is that the most reproductively successful variants prevail and if a variant can colonize a new environment, it will do so and prevail, at least temporarily, in it.

Coronaviruses are small RNA viruses with high variability. This allows them, as a group, to adapt to different environments (infect different types of animals) and constantly generate new variants whose relative abundance will depend on their reproductive success.

In this way, since the SARS-CoV-2 coronavirus infected the first humans in Wuhan, from which the pandemic originated, new variants of the virus have been constantly emerging. Its rise and fall in prevalence has been constant, as are the waves in the sea.

These variants are cataloged in strains that form detailed genealogieswhich allows rigorous epidemiological monitoring of the pandemic, as is done of others such as the flu or the AIDS.

To date, it is estimated that there have been almost 500 million cases of coronavirus in the world with more than six million deaths. Considering the millions of viral particles that are produced within each infected person and the frequency of mutations, the appearance of new variants of the virus is an inevitable phenomenon that will remain constant in the future.

The arrival of a new series of variants

Recently, there has been talk of a new series of variants of Sars-Cov-2 whose name begins with the letter X: XA to XS. These variants are recombinants of other strains already described above.

Their origin is not like the one I have described in previous paragraphs, but they have been formed in the course of coinfection of the same cell by two coronaviruses of different strains. During the replication of the two viruses in the same cell, their genetic materials can be combined, giving rise to a new virus that combines characteristics of both parents. If this new virus is more reproductively successful than the others present in the population, it will dominate and become prevalent.

The new recombinant strains that have given rise to interest of society are called XD, XE and XF and have been detected mainly in France, Denmark and the UK.

All three include material from strain BA.1 (ómicron) and, in the case of the XD and XF variants, from the delta variant. Since these variants have been detected with a certain abundance in the countries mentioned, it is expected that their prevalence will increase since they have sufficient reproductive success to stand out.

Available data suggests that these variants could be more transmissible than the previous ones, but there is no significant data indicating that they will be more virulent than those we know of.

The recombination of viral genomes is a process that requires co-infection and the formation of a new and successful recombinant molecule. The process occurs because the high number of viruses and infections makes it infrequent to happen again. The formation of new viruses by this system is the origin of pandemic strains of influenza that appear with a recurrence of between 20 and 30 years as a result of the mixture of influenza viruses of different origins.

The process is favored in the case of the influenza virus by having its genome (also RNA) divided into several molecules. In the case of the coronavirus, the process must be more infrequent because its genome is organized in a single molecule and recombination is necessary and not only the packaging errors that give rise to the genome mixtures in the influenza virus.

And this is the current situation: new variants appear that enter the epidemic monitoring system that the European infectious disease control centers have (ECDC and American (CDC).

The ECDC differentiates three levels to organize the progressive intensity of monitoring of new viral variants: variants under monitoring (XD and omicron BA.3), variants of interest (ómicron BA.4 and BA.5 strains) and variants of concern (the delta variant and the BA.1 and BA.2 omicron strains). The XE and XF variants have not yet reached the level of relevance to be classified as variants under surveillance.

For its part, the World Health Organization it also includes only the XD variant among those classified as follow-on.

What will be the future effect of these new variants on the population and on the evolution of the epidemic is something we cannot know exactly because evolution is a combination of chance and necessity; but we can have some expectations based on what we know from evolution and past epidemics.

What is expected of this variant

We can define the virulence of a pathogen as the number of severe or very severe cases with respect to the total number of infected people. With due precautions, in general the virulence of pathogens tends to decrease with time of coexistence with the host.

This can be explained because the reproductive success of a pathogen is greater the less damage it causes to the host and, therefore, the more it can transmit the pathogen. A dead dog does not transmit rabies. For this reason, less virulent variants tend to spread better than others that limit or eliminate the mobility of the sick animal or person and, over time, tend to prevail in the community.

On the other hand, the immune system learns to deal with this virus by controlling its multiplication and modulating the response (which in the case of coronavirus infection is essential in worsening the disease).

Therefore, and to conclude, we must expect that new variants of the coronavirus continue to emerge whose prevalence makes them jump to the press and the special surveillance of international organizations. But one can reasonably expect that these new variants will tend to be less virulent. In this way, the successive waves of the pandemic should be smoother and the hospital response, if any, would not be significantly affected.

East Article was originally published on The Conversation. you can read it here.