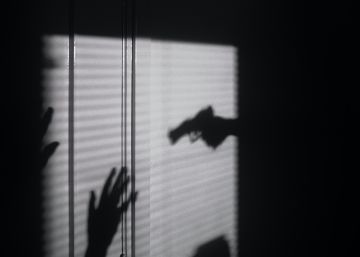 Who has never dreamed of solving a crime? Investigate, collect and analyze evidence and evidence; study the criminal; visit the scene of a crime turned into a CSI and put the offender behind bars. The rise of true crime, the genre of series and movies based on real crimes, has undoubtedly generated an increase in the demand for studies in Criminology, as well as the cut-off mark necessary to access them: for the degree in Criminology at the Complutense University of Madrid, this year an 11,954 was requested, and the Double degree in Criminology and Psychology from the Rey Juan Carlos University required a 12,990 degree last year. On the Emagister training portal, the degree in Criminology was the third most demanded in 2020, behind Psychology and Primary Education, and that interest has increased in 2021. However, do we know exactly what criminology and the job opportunities it offers?

The image that series such as CSI It mixes a bit of reality and a lot of fiction, and it makes the idea of ​​Criminology very distorted. To begin with, because “they tend to group tasks from several units and functions in a single figure, such as a super police that performs the work of the GEOS, the Judicial and Scientific Police, the criminology tasks and even the negotiating police, when really in each case teamwork with specialists and experts predominates ”, affirms Carmen Jordá, director of the degree in Criminology and Security from the Camilo José Cela University. And second, because series and films confuse even young people who go to university: “Often, students who begin the first year of the degree in Criminology think that this discipline is more related to the analysis of evidence (of which is in charge of criminalistics), or that it only serves to be a policeman. They do not have all the theoretical branches that they will have to study in order to learn to carry out an exhaustive analysis of criminal behavior ”, argues Clara Fernández Carrón, coordinator of the degree in Criminology of the Complutense.

What exactly is criminology?

Criminology is a multidisciplinary science that studies the causes and circumstances of criminal acts from all its aspects (offender, crime, victim and social control), from the individual’s own psychology and personality to the influence of the society in which each one is breeding. And for this reason it is related to many other disciplines such as Law, Sociology, Psychology, Anthropology or Medicine, which are part of their study plans to a greater or lesser extent: “Criminal Law provides knowledge of the laws and the penalties applied to criminals, while Sociology helps them to analyze crime as a social fact, and Psychology shows the motivations for criminal behavior ”, explains Fernández. “But we cannot forget the contribution of Psychiatry (in relation to personality disorders), Statistics (scientific research) or Forensic Medicine: [los criminólogos] they have to know how to interpret an autopsy and see much beyond the evaluation of the visible facts of the crime that the forensic doctor makes ”, he adds.

When studying a degree or double degree in Criminology, all these disciplines are combined so that students acquire an extensive list of knowledge and skills, including aspects such as the analysis of criminogenic factors, crime prevention policies, intervention techniques and recovery of victims and gender violence, but also the influence of mental illnesses on criminal behavior, forensic and police investigation techniques and the analysis of juvenile delinquency, among many others. Depending on the field in which the student wants to dedicate himself, it will also be advisable to take a master’s degree that allows greater specialization in the chosen field. The possibilities are many: from the Master’s Degree in Social Psychology of the Complutense or that of Interdisciplinary Intervention in Gender Violence from the International University of Valencia, to Criminology and Criminal Enforcement (Autonomous of Barcelona), Criminal Investigation and Forensic Sciences (University of Alicante) or Criminality and Social Intervention in Minors (Malaga University).

The criminal mind … and the perfect crime

One of the pillars of Criminology is, as already indicated, the study of the behavior and personality of the offender. But what is the mind of a criminal like? For Paz Velasco, jurist, criminologist and podcast author Criminally In Podimo, “we all have the capacity to kill, because in a circumstance of extreme threat, in the face of insurmountable fear or in a situation of survival, legitimate defense or to protect the life of a child, we are going to react in an aggressive and violent way. But that does not mean that we are all going to become murderers. “

The expert rejects that no one can be born already a murderer, but with a predisposition to aggressiveness and to become a violent person who can end up killing. Something that depends on many factors: biological, genetic, psychological and personality traits, but also the environment, education and family; “If, for example, I grow up in a dysfunctional family, or where my mother or father already carries out certain criminal behaviors. It also influences whether I have had trauma in my childhood; if I have been an abused or abandoned child. All these elements are part of the criminal cocktail, and there are many that have to be given for a person to become a murderer ”, he says. “It must be taken into account that aggressiveness is innate to the human being, but violence is a behavior learned through observation, repetition and normalization of behaviors. We are aggressive by nature, but violent by culture ”.

On Criminally, Velasco disseminates criminology through specific aspects of this discipline (such as, for example, what is it and what moves a serial killer) and episodes of true crime where he analyzes real crimes from a judicial and criminological perspective. Aspects among which he addresses, of course, the dilemma of the perfect crime: “From the point of view of the police investigation, it is often said that the perfect crime is one in which there has not been a perfect investigation, in which there has been a series of errors that have made it possible for the criminal to not be caught. I believe that the perfect crime is not one in which the perpetrator of the crime or crime is not caught, but one in which he pretends to be in a different situation ”, he says.

To illustrate, he resorts to the so-called Angels of death: Lethal caregivers or nurses who kill their own patients. “Are we sure that whenever sick people die in hospitals they do so from natural causes or from the pathology they have? Here we would have a crime posing as a natural death, but we can also imagine a murder staged in such a way that it looks like a suicide or a traffic accident. These are the three situations in which we could speak of a perfect crime: pretending to be a natural death, suicide or accident ”.

Job opportunities beyond the police

It should be remembered that the technical investigation of the crime, who and how has perpetrated it, falls not on the criminologist, but on the criminalist. And that, in Spain, these are powers that fall to the State Security Forces and Bodies, since private investigators cannot investigate such crimes. If what you want is to become a police inspector or to be part of the Judicial or Scientific Police, the first step is to pass the pertinent oppositions (to the National Police or the Civil Guard) and carry out internal examinations to access the brigades corresponding. If these oppositions are done having already a university degree (such as Criminology or Psychology), you can directly access the executive scale.

But the professional opportunities of these studies are much broader, and depend on the university degree and the chosen specialization. “If you have done a double degree in Law and Criminology, for example, you can end up practicing as a criminal lawyer, because Criminology is going to give you all those concepts and subjects that are not given in Criminal Law: criminal capacities, study of the criminal mind and the factors that influence the commission of a crime, the types of homicides … Or you can end up competing for the Public Prosecutor’s Office ”, details Velasco, also a professor at the International University of Valencia. Specializing in victim assistance, juvenile justice, working in crime prevention programs in marginalized settings, or engaging in research or academic activity are just some of the possible career opportunities. Professionals from other disciplines, such as journalism or neuroscience, can also specialize in this field to apply it in their areas of work.

“Without a doubt, prevention is one of the fields where Criminology can contribute the most, since it is proven that penalties are not enough to prevent the criminal phenomenon; many more measures are needed ”, points out Fernández. “Criminologists have a lot of knowledge about the offender, and that helps them to develop programs that prevent criminal behavior and, above all, the repeat offender,” he adds. Jordá, on the other hand, highlights the importance of private security, “which is taking an emerging role in terms of employability: fraud analysts, compliance officers, intelligence analysts or the specialization in cybersecurity, an aspect that generates a labor insertion that we had not seen before, as part of the multidisciplinary teams that are needed to analyze and prevent crimes on the Internet ”.

Another of the tasks that psychologists can perform is collaboration with the judicial authorities, preparing criminological reports to present in the investigation phase of a trial. A context in which criminologist and forensic experts also work, such as Sonia Rodríguez, forensic psychologist from Psycholegally: “We work with both victims and perpetrators. On the one hand, they ask us for psychological expert reports to detect injuries or consequences of a certain crime, or to study the psychological state and personality of a perpetrator or aggressor, in any area ”.

In the criminal jurisdiction, these professionals work at the request of the lawyers of either party, assessing aspects such as procedural capacity (if a person is in a psychological condition to initiate a judicial process) or imputability, that is, “if a person you have a mental disorder directly related to the crime for which you are being judged that may act as a defense or mitigating agent; see if that person’s abilities were so impaired that he was not aware of what he was doing. ” To be a forensic expert or criminologist there is no specific training, although the Civil Procedure Law specifies as a requirement that the expert have an official degree in the matter that is the object of study in the expert evidence.