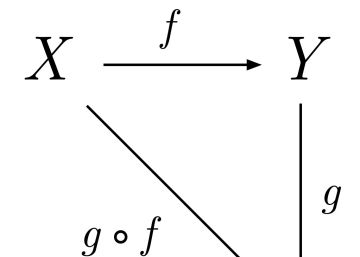 Recently, a branch of mathematics called category theory has captured the attention of various scientific means after gaining quite popularity within the mathematical community in recent years. The situation has reached the point where some mathematicians are complaining on Twitter that there are researchers who tweet more about category theory than about their own specialties. But what is this branch of mathematics and why is it so fashionable?

Some people call the category theory "The mathematics of mathematics", since it is situated above many mathematical disciplines, connecting them. It was proposed in 1945 as a tool to move mathematical problems from one field to another, in which they could be solved more easily. For example, we know that at any time there must be a point on the surface of the Earth where the wind speed is zero. But to demonstrate this precious result we must translate it into an algebraic statement, for which it is useful to use a pinch of category theory. Usually, more complex results require more category theory. The proof of Fermat's last theorem, for example, is based on a large number of mathematics of the s. XX and category theory also played its role there.

Unfortunately, this high level of abstraction exceeded even the degree of tolerance of mathematicians themselves and, for years, many of them have considered this theory as an "abstract nonsense" and have limited themselves to using it when it was totally necessary for their work. However, others did accept with open arms the beauty and power of this discipline, which made its influence gradually spread not only in mathematics, but also in other sciences. Starting in the 1990s, he began to infiltrate computer science: new programming languages ​​such as Haskell and Scla, for example, used ideas of category theory. Currently new applications of this theory appear to chemistry, electrical engineering or even to design car brakes! The applied category theory, which once had been considered an oxymoron, is becoming a real research topic.

A category consists of a class of objects next to a class of morphisms –A kind of processes, or paths– on those objects

To understand how this theory is applied to so many contexts, it is necessary to know its basic ideas. A category consists of a class of objects next to a class of morphisms – a type of processes, or paths – on those objects. For example, we can take cities as objects, and as morphisms the routes to go from one city to another. The fundamental requirement that the categories have to meet is that if we have a morphism of an object x to another Y, and another of Y to z, it's possible compose them and get a morphism of x to z. In the previous example, if there is a road from Madrid to Seville, and another from Seville to Faro, then that route (Madrid-Seville-Faro) leads from Madrid to Faro. Therefore, there is a category of cities and routes between them.

Although the category concept is very simple, exploiting it is not so much. Focusing attention on morphisms meant a radical change in the perspective of mathematics. Since the early 1900s, logicians had tried to refound mathematics on solid principles, which proved to be a difficult and elusive task. His best asset employed the so-called Set Theory. A set is simply a collection of elements. These elements, in set theory more used by mathematicians, are again sets. In that static worldview, everything is a set. On the other hand, category theory was built on set theory, using the more general notion of lessons, and emphasizing ways of transforming things – morphisms – as well as things themselves. It was not incompatible with set theory, but it offered a new way of thinking.

Gradually, a dispersed but increasingly large group of researchers have approached this way of reasoning, applying category theory to subjects outside the field of mathematics. For example, to programming: a program is also a way to transform a series of input data into output data and the simplest way to build complicated programs is to compose simpler programs.

Lately there are also emerging applications to engineering and natural sciences. For example, two of my students did an internship at the Siemens engineering company, applying category theory to industrial processes. The first of them, Blake Pollard, now occupies a postdoctoral position at the US National Institute of Standards and Technology. There, among other things, he has used a programming method based on category theory to build an electric power network flexible enough to handle the current changes generated by hundreds of houses equipped by solar panels.

There are rumors that we can even see, shortly, an institute of applied category theory, which will connect mathematicians with programmers or entrepreneurs who require this way of thinking. It is too early to guarantee that we are at the beginning of a new trend, but, of course, my Twitter friends and colleagues are very excited.

John baez is a professor in the Department of Mathematics in the University of California Riverside (USA) and researcher in the Center for Quantum Technologies (Singapore).