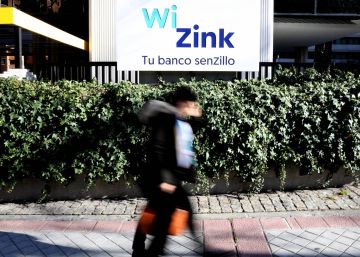 This Wednesday, the Supreme Court described as abusive the interests paid by the user of a card revolving WiZink, to reach 27% annually. In its opinion, the Supreme Court considers that the interest rate with which the one applied in a revolving is the average interest rate of credit cards and revolving which the Bank of Spain calculates, and that is around 20%. Therefore, the rates that tax the debts of revolving are compared to usury. But what are these cards and why do they generate a debt that often turns into a snowball and is very difficult to extinguish? Here the keys.

How does a ‘revolving’ card work?

If through a common credit card the user pays with money borrowed by the entity but has to return everything he used for a month at the beginning of the following month, with the revolving defer payment of the capital arranged, splitting it into several monthly installments. In the case of the credit card, the fact of not being able to return the credit used the previous month (for example, because in the account linked to the card there is not enough money) will mean generating a debt pending payment, on which the Bank will apply interest.

How are the interests of ‘revolving’?

In the case of the card revolving, it is not allowed to extinguish the debt at one time the following month, so, even if they pay their monthly installments, the user will see their debt decrease very gradually. This is also true because the interest on the outstanding debt is extremely high, up to 27%. In fact, it is the customer who chooses what fee he wants to pay back each month: a fixed or a percentage of the credit used. However, if this fee is too low, it may happen that the monthly repayment does not cover even the interest generated by the debt that, in this way, accumulates and increases. A real spiral.

For a debt of 1,000 euros, with an equivalent annual rate (APR, which includes not only the nominal interest rate but also commissions and expenses) of 25.61%, and paying 25 euros each month to pay it off, it would take up to six years and 10 months to return the requested amount. And not only will the 1,000 euros have been returned, but 1,031 euros of interest will have been paid, that is, the same amount owed, according to an example prepared by the Association of Financial Users (Asufin).

Why is it called ‘revolving’?

Because the part of the credit that the user reimburses the bank each month when paying their monthly fee is again available for use again. In short, a revolving (of English to revolve, that is to say, to rotate, to rotate) is not another thing but “a credit that is automatically renewed to its monthly maturity, in such a way that in reality it is a rotating credit comparable to a permanent line of credit”, according to the definition of Bank of Spain.

Why is the ‘revolving’ APR abusive?

The average annual equivalent rate (APR, which includes not only the nominal interest rate but also commissions and expenses) of the cards revolving It is 25.2% for financing purchases and 29.63% for having cash at ATMs or in a current account, according to Asufin. Being much higher than the interest rate of credit and revolving cards calculated by the Bank of Spain – around 20% -, the Supreme considers that these rates are abusive.

So far, of the 50 Provincial Hearings, 31 have resolved card disputes revolving in favor of the consumer and 12 have done so against, according to the data collected by the Association for the defense of consumers and users of banks, savings banks and insurance (Adicae).