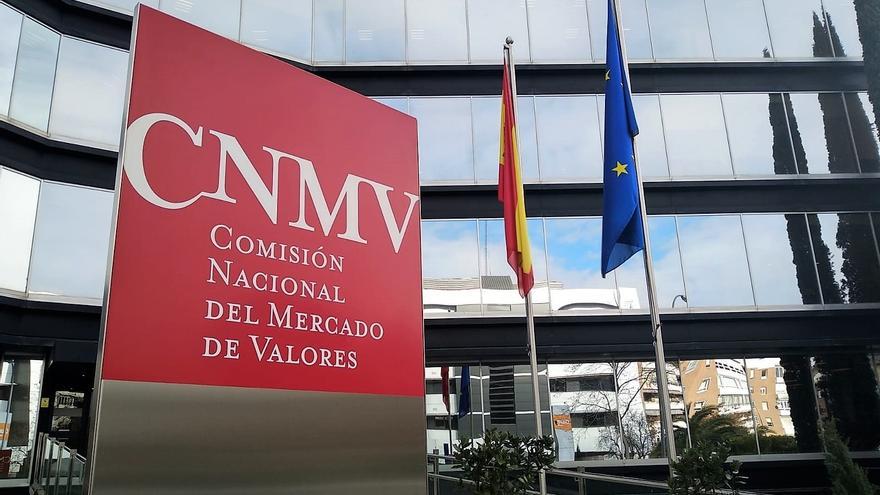 For the collective imagination, when the word “mariachi” is heard, one thinks of musicians singing popular Mexican songs, dressed in traditional clothing. However, there is another meaning, which does not appear in the dictionary, but is commonly used in the financial sector and in the management of high net worth investments. It is a colloquial term, not a formal one, whose days are now numbered after the entry into force of the new law to combat tax fraudapproved last year. Its limitation in this rule can cause the disappearance of most of the sicav, the investment companies used by the great fortunes to reduce their taxes, which operate in Spain.

Variable capital investment companies (sicav) are a controversial model of vehicle that channels high-net-worth investments with the tax incentive that they pay only 1% for Corporation Tax, compared to a general 25%. Until now, in order to adhere to these figures, these companies had to meet two main conditions: have a minimum capital of 2.4 million and at least 100 shareholders. In practice, a single personal or family estate monopolizes a large part of the capital of these companies, which are completed by dozens of straw shareholders with testimonial investments in order to meet the requirement. This is what is called “mariachi”.

The new law, approved last year and which came into force on January 1, includes an added condition for these vehicles. Each of the 100 shareholders will have to have at least 2,500 euros invested in that company. This has an immediate effect, since a good part of the sicav that operate in Spain are not going to comply with this requirement and, therefore, they will have to be dissolved or transferred to other collective investment vehicles. Otherwise, they will no longer be able to benefit from the 1% corporate tax and will have to pay 25%.

“In practice, 70% or 80% of the sicav are not going to meet these requirements,” explains Carlos Marugán, a partner at Analistas Financieros Internacionales (Afi). This expert points out that most of these companies that exist in Spain are controlled by a large patrimony that creates the sicav and completes it with those known as “mariachis” in order to access the tax benefit of having a sicav. “The incentive to create a new sicav disappears and above all the figure of the sicav disappears as we know it until now, being unviable from the tax point of view,” he adds.

The disappearance of sicav is not new in Spain. It is an investment vehicle that has been surrounded by much controversy, being considered as a tool for high net worth individuals to reduce their tax bill. Since new political formations such as Podemos appeared in 2015, claiming in their programs the elimination of these figures or at least their limitation and control, many investors have been closing their sicav and have directed their investments to other territories such as Luxembourg or to another type of vehicle. investor. Currently, at the end of 2021, there are 2,307 sicavs in Spain that manage assets of more than 29,000 million from 362,000 shareholders, according to the records of Inverco, the employer’s association of the sector. In these six years, 1,100 sicavs have gradually disappeared in Spain and there are 124,000 fewer shareholders.

But what until now was a buzz due to investors’ fear of a possible change in the rules for sicavs, since January 1 is a reality. “It is a relevant milestone that is going to be a before and after for these companies,” defends José Luis López Hermida, director of Private Client and Family Offices at KPMG Spain. “It is no longer going to be a gradual disappearance, it is going to be more radical,” he says, although he is cautious when it comes to venturing how many will be liquidated in the coming months. “Whether or not they lose fiscal attractiveness for investors will depend on whether they meet the requirements,” he adds.

However, despite the flight of the sicav that is forecast, the law gives all these investors a way out. If the owners of these companies that do not meet the requirements decide to liquidate them, they will have certain tax benefits for their transfer to other vehicles such as investment funds. In order to benefit from it, they have the entire year 2022 to undertake the closure of these companies and until July 2023 to make this transfer to other funds. Previously, the CNMV, supervisor of these companies, has asked their owners to communicate their decision during this month of January, even if the operation is carried out in the following months.

“The CNMV thus intends to advance work and that there is no traffic jam when the period ends,” says López Hermida, who warns that if the affected companies fail to comply with the deadlines established by law, they will have “tax consequences.” Marugán, from Afi, points out that this process of allowing the transfer of this assets to other funds for one year seeks to prevent capital outflows outside of Spain. They can only adhere to these benefits if the destination is a Spanish fund or company. In the barely two weeks of the year that have elapsed, a dozen sicavs have already registered with the CNMV the call for their shareholders’ meeting for the dissolution of the companies.

And where will those billions of euros of assets that are going to come out of the sicav go? Although the law provides different alternatives, Marugán considers that they will basically go to investment funds. The difference, he points out, is that if a large estate controlled a sicav, it was up to him to control what he invested in and how, but with the transfer he will lose that power. “The taxation of a fund is the same as that of a sicav and, moreover, the regulations make it easier to make that leap,” he points out. It is also contemplated that a part of this wealth will reach risk capital, funds that invest in companies that are not listed, at the height of this investment sector that attracts large investors in the face of low returns on the Stock Market. “It will not happen in the short term, since it is a process that takes time,” says Marugán.

Another option that exists is that of Luxembourg. It is true that the tax incentives are only for transfers to Spanish investment vehicles but, as the Afi analyst assures, “made the law, made the trap”. López Hermida points out that a query has already been made to the General Directorate of Taxes which, according to what he points out, would allow the assets of an investor who was in a sicav to be transferred to a Spanish fund and, in a second step, to be transferred abroad. “If the Luxembourg sicav is registered with the CNMV, anyone who has a fund after closing a sicav has the possibility of making the transfer,” says the KPMG manager.

Luxembourg is a fundamental financial center for fund management. According to data from the CNMV, as of June of last year, there were almost 200,000 million euros of assets of Spanish citizens managed by entities that are registered with the supervisor in the Central European duchy. “It has stability and is within the community regulations, which is why many managers use Luxembourg to offer their products throughout Europe,” says López Hermida. Marugán considers, however, that there are many smaller sicavs in Spain that will decide not to go to the Central European duchy, since it entails a series of costs and administrative processes that not all of them will assume. “Large sicavs will have that possibility,” he explains.

This transfer that ventures on the future of this heritage will also affect financial institutions. Sicavs are a common product in the private banking divisions of the different groups, those that provide services to clients with greater wealth. Thus, they operate as managers of the investments of these companies. In Spain, the main operator in this market is, by far, Banco Santander. The group chaired by Ana Botín manages almost 5,000 million in sicav. They are followed by BBVA and Bankinter, both on the verge of 3,000 million. Banca March, Credit Suisse and CaixaBank are the other relevant players in this sector. The managers consulted by this means avoid advancing what will be the final destination of this heritage. “The shareholders of the sicav are the ones who decide what they want to do and what investment strategy they want to follow,” they point out from Banco Santander.