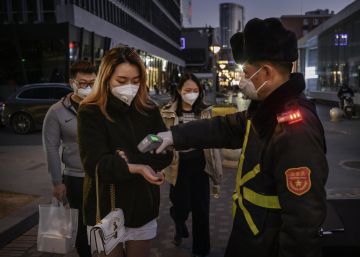 In 1978 Stephen King published a novel, Apocalypse, in which humanity was extinguished by an apparently ridiculous cold. Three years later, his then-still-threatening nemesis, Dean R. Koontz, did what he tended to do back then, when he still believed he could not only step on his heels but get him out of the way. Publishing a novel that looked the same, only from the opposite point of view. That is, if King focused on the survivors of the catastrophe years after the end of the pandemic, Koontz – do you realize the fun of the anti-mirror of Dean’s own choice of name, King-Koontz? – He did it in the laboratory that created the virus with, of course, a history of unstructured family – mother and son, alone in the face of danger – involved.

Chance, or not, these days has made Koontz a kind of Nostradamus of the catastrophic bacteriological. Why? Koontz He went further than King also on that occasion, as he had done before, in an attempt to distance himself from what in advertising would be called the leading brand, that is, what first comes to mind when you think, in this case , in horror literature. And not only because it turned King’s seemingly innocuous but deadly cold into an almost instantaneous and equally deadly pneumonia, but also because it removed any danger from the United States, at that time, in the middle of the Cold War, even with the USSR, and placed it in the improbable city. Wuhan china. Specifically, in a laboratory responsible for manufacturing such a deadly virus, called Wuhan-400. In other words, the virus in question would be a Chinese bacteriological weapon, literally “the most dangerous of the decade.” Shall we continue for nostradynamic bingo? Koontz places the action at the end of 2019 and the beginning of 2020. Having read this, it is logical to ask: what if reality has been reading Dean Koontz and not Stephen King?

The assault on supermarkets after declaring not only the state of alarm but a solitary confinement –which hardened as not the days passed but the hours–, in Spain and Italy, it has much, for the readers of apocalyptic and post-apocalyptic novels, of attempted follow a map drawn from the end or the end of the world. Because there are few pre-apocalyptic novels, and a good part of them focused, until not too long ago, on the power outage. Our society was so afraid of the end of the information that what it feared the most was not death, but that it would stop coming. Until when the world begins to end in the recent The last, by Hannah Jameson (RBA), what terrifies the protagonist, isolated in a hotel in Switzerland, is that the notifications of the beginning of the end stop reaching his mobile phone, and not that hundreds of thousands of people are dying in unexpected events nuclear attacks.

So there is a pandemic underway and we raid supermarkets because that is what apocalyptic fiction has told us to do, because a pandemic looks like the end of the world is going, and when the world begins to end, it is not enough to be told that store supplies are guaranteed. How are they going to be? We need a fiction that assumes that the world can begin to end and take a long time to do so, or that normality, so and through so many routes established and safe today – knowing at all times how we are, where we are, and even how we will be tomorrow or In a week, thanks to invasive technology, it can break for a while without it being the end of anything. There is a black hole between the present in danger and the devastated future, and fiction is taking time to fill it because fiction flees from change, settles in the immovable, however abominable this may be.

Sometimes we forget that fiction is a map and that without it we grope, and that we are no longer used to groping. In that same perverse logic, it could be the case that, if we entered the conspiracy field, we seriously asked ourselves what was before, the virus or The eyes of darkness by Dean Koontz –Which RBA will reissue in April, if the quarantine in the printers allows it–, and the answer is more than evident. Don’t end-of-the-world gliders need, if they exist, some kind of guidance, too? Hence the issue that reality may have been reading Dean Koontz instead of Stephen King, whose fiction, unlike Koontz’s, is much more parabolic. After all, Derry, Castle Rock, and Jerusalem’s Lot are your Macondo, so there is no way you can hit fully in any of his predictions, and that is not his intention either. His intention is always to ask us to be careful, because that is the end of any horror novel.

Stephen King’s official website It has a fascinating section in that regard. It is a section in which the author goes back to the origin of each of his novels. Let’s see what he says when he talks about Apocalypse, the novel to which The eyes of darkness tried to emulate, from its enclave real: “I spent ten years trying to write an epic fantasy in the style The Lord of the rings. But I had no idea how to do it. Shortly after moving with my wife and children to Boulder, Colorado, one night I stumbled upon a 60 minutes dedicated to biological warfare. I will never forget the horrifying images of laboratory mice consuming something that made them convulse and die in seconds. That led me to remember a chemical leak in Utah that killed a flock of sheep. I was reminded of a journalist who said: “If the wind had blown in the opposite direction, it would have reached Salt Lake City.” That was how I found my fantastic epic of a North America decimated by a lethal cold. My hero was not a Hobbit but a guy from Texas. My villain, a madman named Randall Flagg and Las Vegas, my Mordor. “

The King thing is, then, fantasy that is nourished by the own fantasy, or its own separate world. Hence its universality and its inability to succeed in anything other than the intention and management of the conflict, while Koontz, who knows if an attempt to distance himself from his then maximum rival – today that rivalry is history, and so much so. that Koontz has thrown in the towel when it comes to terror, and is fully dedicated to what not to go supernatural, also in an attempt to follow in the footsteps of the last twist of King’s narrative, his Mr. Mercedes, with identical results to the ones he had in the eighties – or simply in his inevitable and desired way of telling, part of the real thing, and he chooses a point on the map where what happens in his fiction pretends to have happened in the reality. When Koontz most likely would never have written about something like this if King hadn’t done it before, the ownership of the prediction, or the inspiration, in some sense, belongs to both of them, and in fact neither of them.