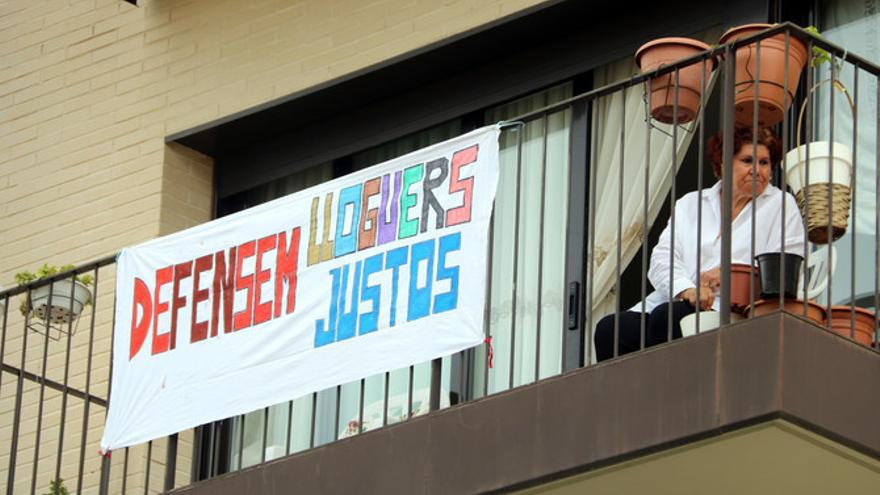 The average rental price has risen in almost all the provinces of Spain, according to data published by Fotocasa (in July) and Idealista (in August). They are not perfect data, because they measure the price at which the owners take out their apartments and not at which the operation is closed, but in the absence of an updated official statistic -the Home Rental Index of the Ministry has data until 2018- they are a good indicator to see the evolution of the market.

Las Palmas, in the Canary Islands, the Balearic Islands and the provinces of Cuenca, Huelva and Barcelona are the only ones in which the price drops compared to last year. In the rest, go up. Does this mean that not even a pandemic and its consequent economic crisis can lower rental prices? Actually, there are several readings …

“They asked me this same thing in April and I was already saying it: I don’t get the feeling that it’s going to go down, because people have no alternative. If since 2007 you can’t buy, especially new homes due to job insecurity, there are what to rent “, considers Sergio Nasarre, director of the department of housing at the Rovira i Virgili University. “The few years in which there was an upturn in purchase, between 2015 and 2018, was of people already owners who bought a better house. In 2019 the law regulating real estate credit contracts was approved. Loans can only be given to those who have solvency. The rest are out. ”

According to this reading, shared by the real estate sector, the rent will emerge stronger from this crisis. “In the medium and long term, it will,” says Beatriz Toribio, general director of the Association of Homeowners for Rent (ASVAL). “It happened in the previous crisis because we lost a lot of purchasing power. What you have left is rent.”

Although it rises in the provinces, both in Madrid and Barcelona the average price has fallen slightly

“In all crises there are leading indicators. Barcelona and Madrid have been the lanterns, the ones that began to rise when other sites were paralyzed. And they have already reached their limit. Without a pandemic, transactions were already falling. The coronavirus has given them the final blow, “argues José García Montalvo, professor of applied economics at Pompeu Fabra University.” The normal reading is that those who come after, will go down. ”

Montalvo’s opinion is based on data from large cities. In both Madrid and Barcelona, ​​the average price has experienced slight drops this summer compared to the previous one: 3.9% in Barcelona and 0.9% in Madrid. By districts, in both cities it is observed how prices in the center fell sharply (up to 5.1% in the Madrid district of Salamanca) compared to those in the periphery, which continue to rise.

“We know that people ask for bigger houses, with windows and gardens. And that the location is no longer so important because you can telework. It is not that those who cannot telework will end up living in Pedralbes or Salamanca, but the history of the cities is a bit of a breath, “continues Montalvo. “Sometimes it expires and people want to leave, suddenly things change and people come back in … That happens every so often.”

Rents go up on the outskirts of Madrid

Annual variation (%) of the average rental price in the city of Madrid. Click the button to see how much went up or low
in each neighborhood or district

How rents have changed in Barcelona

Annual variation (%) of the average rental price in the city of Barcelona. Click the button to see how much went up or low
in each neighborhood or district

That prices fall in the downtown neighborhoods is a consequence of three things, according to those consulted. The first, that they had already reached the ceiling and it was difficult for them to climb further. The second, that people begin to value the periphery and other nearby cities as an option. Without going any further, Rubí, Mataró and Terrassa in Barcelona and Móstoles, Pozuelo and Alcobendas in Madrid have higher average prices today than a year ago.

The third has to do with the increase in supply. In June there were 27,000 more ads on Idealista than before the pandemic, consequence of the months of hiatus (during the confinement no visits could be made) and the incorporation of houses from tourist rental. If prices are set by the market and supply increases, prices should decrease. This is what is happening in the student flats market, where not only the supply has increased but the demand has decreased.

“This year we are at 70% occupancy. Foreign students have stopped coming,” says Jesús María Gurrea, commercial director of the student rental agency Aluni.net. “And many owners come to us who this year cannot rent. Renting to students is safe, there is hardly any delinquency. We are also contacted by small hostels that want to convert. The rooms are this year up to 200 euros cheaper than the previous one. “Last year there were rooms in Moncloa for up to 800 euros in a shared flat. The most common were 600 euros. This year they have dropped to 450,” he adds. Those who rent to students know that, if everything returns to normal, next year they can raise it again.

That is why both Nasarre and Montalvo doubt that the tourist apartments will hold up in the traditional rental. “Many are making seasonal rentals because they do not want to rent for five years, as the law indicates. Put yourself in the shoes of a tourist rental owner and what he earns each week: he is not going to settle for a traditional tenant,” he says Nasarre. “Some are going out of market prices because they come from the tourist and they do not realize that they cannot ask for 2,000 euros”, continues Montalvo. “But demand is pressing. If they don’t rent seasonally, you’ll see the price drop until it’s reasonable. They’ll learn how normal rent works.”

It will go down, but not much

If Madrid and Barcelona are the trendsetters, the adjustment (the ‘softening’) of prices will also reach the rest of the provinces when they hit highs. So far, half of them have reached their top in 2020 so far.

But the rental market is heterogeneous and supply and demand will determine which segments go down and which ones don’t.

“In Spain there are two realities: the main production centers and the rest. In the cities there is still demand pressure. In Madrid there is a minimum of about 600 euros and a ceiling of between 900 and 1,000. 75% is concentrated in those prices of what is rented “, says José María Alfaro, president of the Federation of Real Estate Associations. “There are still those who are willing to pay 1,000 euros for a villa on the outskirts and there is a trend. Or the most expensive homes fall, those with more than 1,400. But if we focus on the bulk of the demand, on the floors between 600 and 1,000 euros, there will be less correction. ”