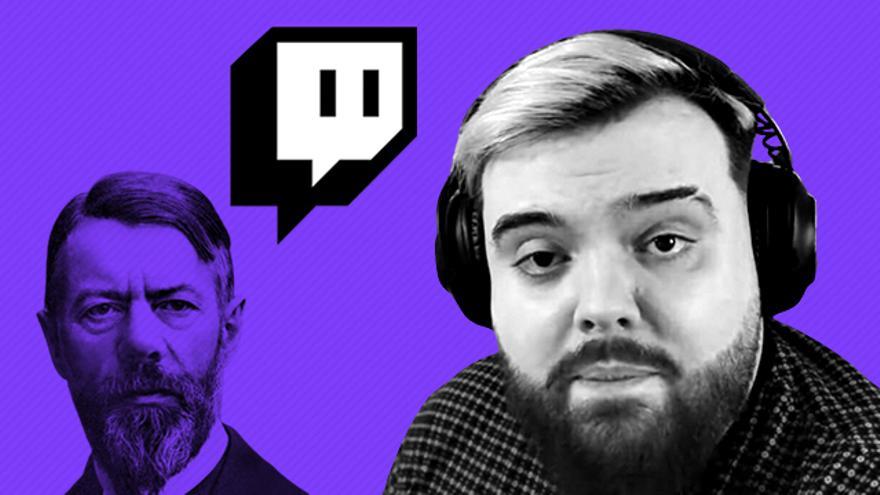 “I’m here and it’s as if I know you a lot,” Jordi Évole said in his interview with Ibai Llanos just a few weeks ago. The streamer It appeared for the first time on a television show in prime time, thus leaving its natural “home” on the Twitch platform to reach the screens of the living rooms, but its popularity goes back much earlier.

Since he started as a video game commentator in the Professional Video Game League (LVP), Llanos has been accumulating fame to this day, getting to interview basketball player Marc Gasol on the way to announce his signing for the Los Angeles Lakers , or to footballers like Piqué or Kun Agüero. He even organized last New Year’s Eve on his Twitch channel the bells in which he brought together 500,000 people in the same live, including the then Minister of Health, Salvador Illa. Even if the “popular” is a somewhat diffuse concept That cannot be measured solely by statistics, the Bilbao commentator is no longer just one of the most recognized faces among streamers: he is a media character with influence in almost all communicative spheres. How do you get it? Thanks to a quality that is not exactly new: media charisma, anticipated a hundred years ago by the German sociologist Max Weber.

Charism as such is not a current concept, it can be found in the Old Testament and even in Homer’s texts referring to “showing favor” or “giving abundantly”, as detailed by the German philologist Georg Autenrieth in a Greek author’s dictionary for schools. However, if we focus on its application in contemporary societies, the charisma of streamers could be considered a mutation of the one that the German sociologist Max Weber already explored in the 19th century, even before there were mass media such as the television or social networks, which, later, would force the leading experts in communication to rethink theories in which charisma has often been a central theme.

Germanic Protestant theology has been using the concept of charisma since the 19th century. For the jurist and historian Rudolph Sohm, it meant the “gift of grace” that God grants someone, since every Church would be constituted by a charismatic individual, a prophet, a natural leader who has not been chosen by another human, but by an “outside call”.

Later, Max Weber takes this idea from Sohm and secularizes it. That is, remove God from the equation. As the German sociologist stated in his masterpiece, Economy and Society, the charisma is “the quality, which passes for extraordinary of a personality, by virtue of which it is considered in possession of supernatural or superhuman forces or as envoys of God, or as exemplary and, consequently, as head, leader, guide or Leader”. The difference is that from that moment on it is society (or the “charismatic dominated”) that grants these extraordinary qualities to certain individuals.

The charisma is, according to Weber, one of the three types of domination that exist according to the source of legitimacy. There is also the traditional domination, based on the mythologizing of a glorified past (as can happen in a religious commune, as seen in the documentary Wild wild country); and the legal, which defend the order established through the norms among the members of a community (such as a constitution).

“That theory is a century old. Weber determined charisma to the influence that others confer on the characteristics of an individual person. It means something like that one is not powerful in a vacuum, one is not powerful if they ignore it. And it is here where the sociologist’s theory connects with the new streamers “, Liliana Arroyo, doctor in Sociology and specialist in digital social innovation, explains to elDiario.es.

In fact, much of the Twitch community is supported by subscribers who can join a streamer’s channel in exchange for benefits such as watching ad-free videos or donations like “Cheer”, an animated emoticon in exchange for real money. “It cannot be said that Twitch is the definitive element, in the sense that many people are on Twitch but not all of them are plain Ibai, but it is true that these platforms offer an ecosystem with many elements that attract you,” explains Arroyo. Twitch, in particular, he says, puts the streamer, the community, the subscription … “It’s like watching TV and commenting on Twitter at the same time, but with the virtue that the streamer can read and comment on you. That’s what more hooked “.

Weber speaks of different characteristics that define this charisma, such as that it is attributed to a particular individual or that it is enhanced in a crisis situation (such as a pandemic). Also, and perhaps this is one of its greatest qualities, is that it is unstable. If that charismatic leader fails in his mission or contradicts his fabricated account, the love of his followers can turn into hatred. For example, Ibai has been one of the streamers advocates of paying taxes in Spain. What would happen if that story changed? “Probably, that he would be considered a ‘traitor’ by many of his followers”, explains to this newspaper Luis García Tojar, professor of Sociology at the Complutense University of Madrid (UCM).

But Llanos himself acknowledged in the interview with Évole that other colleagues “have not done badly” in Andorra, since despite the initial uproar they have continued to receive the support of brands and followers while also paying less taxes. However, what is considered “treason” also varies depending on the context. “One can consume a cultural product that one likes without admiring its author, I suppose. In addition, in Spain tax evasion has little social sanction, and even less among young people. All these factors can intervene in that fact,” adds the teacher .

It is the audience who decides which creator is worthy of their support, since what the American Robert King Merton defined as a pseudo-community is created. In the work Mass Persuasion (1944) made an analysis of the campaigns carried out by the North American government to raise funds for the war, and, precisely, the most successful is a radio campaign where the announcer presented herself as a typical American mother. The final thesis is that it is precisely this ordinary character that makes it an authentic campaign.

“I think there is no campaign made by the Ministry of Finance that matches what you just said,” Évole said after Ibai’s response to his decision to pay taxes in Spain. The same message penetrates the viewers differently depending on who its sender is. Why? “The media are capable of producing what in sociology we call para-social interaction.” It is a false sense of proximity that occurs when certain people appear repeatedly in the media to talk about personal matters, which may be trivial (hobbies, tastes, etc) or not (problems they may have had), “says Tojar.

The para-social interaction term was coined by Donald Horton and R. Richard Wohl in the era of radio and television, but as the professor at the UCM points out, now with social networks “it has a much greater power.” “They allow us to see these ‘idols’ in their apparent intimacy, at any time of the day, and above all interact with them. We live in the golden age of para-sociality, and to the effect of social networks the processes of social individualization and disaffiliation forced by contemporary capitalism. We lose personal interactions and substitute para-social ones, we lose community and substitute pseudo-communities “.

Arroyo believes that “the case of Ibai Llanos is very striking because for many sectors of society it may be strange that a guy in a tracksuit, who broadcasts from his home, and who comes from a humble family, has become a benchmark that hooks to tens of thousands of people to his live shows of three hours “. He remembers the live he made after the interview with Évole, in which he criticized his own comments. “He projects the image of being a sincere, honest, direct type, without mincing the tongue, who knows that he has influence over a community and exercises it responsibly,” he adds.

This sense of community is also reinforced by the use of specific vocabulary. The creators express themselves in terms of millennials and generation Z, and words like ‘streamer’, ‘Fortnite’ or ‘Twitch’ are part of a vocabulary shared by both. Unlike what happened with the charisma defined by Weber, the new means of communication allow what the sociologist Salvador Giner defined as the “manufacture of charisma” to be manufactured. “There can be a controlled or manufactured spontaneity. The important thing is to fix the character: its appearance, its gestures, its language, etc. and then interpret it in different contexts,” says Tojar.

The contemporary charisma has been “democratized”, and now anyone who has an adequate communication strategy can pass as a charismatic person, as can be seen in political campaigns capable of converting attributes as “bland, serious and formal” in virtues. Ultimately, it is about taking advantage of what is left of “human” and affective in a rationalized world. And, if that individual is charismatic, as is the case with Ibai, the new platforms multiply their effect. “The platform takes advantage of the charisma of the influencer and, based on algorithms, catapults the one who already is,” concludes Arroyo.