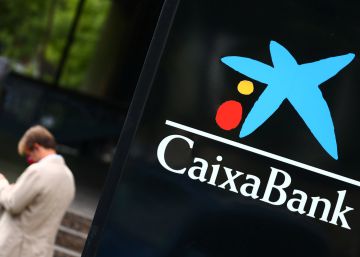 With the merger that their respective boards of directors decide this Thursday, CaixaBank and Bankia will make up a single entity that will have more than 20 million customers. The conditions of some products contracted in their time with one or both banks could vary after the merger, but experts point out that there are legal guarantees so that these changes can eventually be rejected by the user. They also believe that some shareholders could benefit from the operation and that retail investors who participated in Bankia’s failed IPO in 2011 and who have not yet been reimbursed will not lose their money.

“As a general rule, the conditions of the contracts signed between banks and their clients have to be respected,” states Almudena Velázquez, a lawyer for the claim company Reclamador. However, this lawyer admits that the absorption of Bankia by CaixaBank it is a relevant fact of sufficient magnitude to justify some modifications, such as the price of the account maintenance fees, among others.

To delineate the margins that the new banking giant could have to alter the characteristics of products already subscribed, the Organization of Consumers and Users (OCU) distinguishes between two types of contracts. Those that have a fixed duration, such as mortgages and other loans or term deposits, cannot be modified. “By the very nature of these contracts, to change their conditions there must be an agreement between the parties”, underlines the spokeswoman for the organization, Ileana Izverniceanu. Therefore, the new entity could not rise the interest rate on a home loan or touch up the benefits of a deposit.

On the contrary, it would be able to unilaterally change the clauses of products that are periodically renewed without an established deadline, such as checking accounts or credit cards. But, in this case, “the bank has the obligation to communicate the variation to the customer two months in advance,” Izverniceanu emphasizes. A sufficient period of time for the user to decide whether to accept the change or renounce the contract. “If the new entity raised the commissions, the recommendation of the OCU is to go to another, since there are cheaper alternatives,” he says.

Making adjustments to the returns of deposits and investment funds will not be possible either, since, by the Directive on markets in financial instruments, transposed in 2007 through the Securities Market LawTo subscribe one of these products, the user has to pass a suitability and suitability test that determines his risk profile. “If they have sold a fund to a client that had certain characteristics based on their profile, as a result of the merger they cannot now change them. If they did, it would be absolutely reclaimable, ”Velázquez emphasizes.

In the event that the new entity does not comply with its obligations, this lawyer advises first of all to go to the customer service that is created after the merger. The bank has a period of two months to reply. If it does not do so or if the client is not satisfied with the answer, a request can be submitted to the claims service of the Bank of Spain, which usually answers in six or eight months. However, since the resolution adopted by this institution is not binding, Velázquez suggests saving this time and going directly to the next step, that is, filing a lawsuit in court.

Beyond concern for a decrease in competition from the banking sector caused by the merger —which prompts the OCU to ask the government to impose conditions to minimize it—, the operation generates some concern among consumers due to the consequences for access to financial services. “It is assumed that the absorption of Bankia by CaixaBank occurs to save costs, which would lead to the disappearance of many branches and ATMs”, Izverniceanu denounces. In his opinion, this would worsen the situation of some rural areas of Spain, where banking services are already scarce.

On the contrary, the fact that Bankia accounts change their number after the merger is not alarming. “Customers will not be affected, because the new entity will link the new number to the old one and, in any case, any inconvenience that occurs due to this will be their responsibility”, Izverniceanu ditch. Of course, a hypothetical client who has accounts in the two entities, must remember that after the merger only 100,000 euros will be applied from the deposit guarantee fund, instead of the 200,000 euros on which he could count previously.

Regarding the shareholders, Izverniceanu believes that “especially those of Bankia will benefit from the operation, for the revaluation of their securities”. In fact, since the announcement of its purchase by CaixaBank, the entity chaired by José Ignacio Goirigolzarri has risen by almost 33% and the second by around 11%.

Furthermore, the few investors affected by Bankia’s IPO in 2011 that have not yet received the reimbursement from the entity – 205 individuals and four legal entities, for about two million euros, according to Bankia’s defense attorney in the trial before the National Court – will obtain it from the new bank. “By law, the result of the merger is the one that has to assume the eventual conviction of either of the two entities in any civil, administrative and labor litigation,” says Izverniceanu, citing the antecedent of the purchase of Banco Popular by Santander .

“We will have to see the agreements that CaixaBank and Bankia sign between them in terms of assuming responsibilities,” Velázquez prefers to clarify. “Theirs would be for Bankia to keep a reserve fund to respond to these amounts and CaixaBank is not affected,” he adds. Even so, he admits that, in the case of the purchase of Bankpime by CaixaBank in 2011, the Supreme Court ruled in June 2019 that the entity that absorbs another has to be held responsible for the lawsuits filed, regardless of the agreements reached between them, so that consumers are not harmed.

Cryptocurrencies, a new way of interacting with money