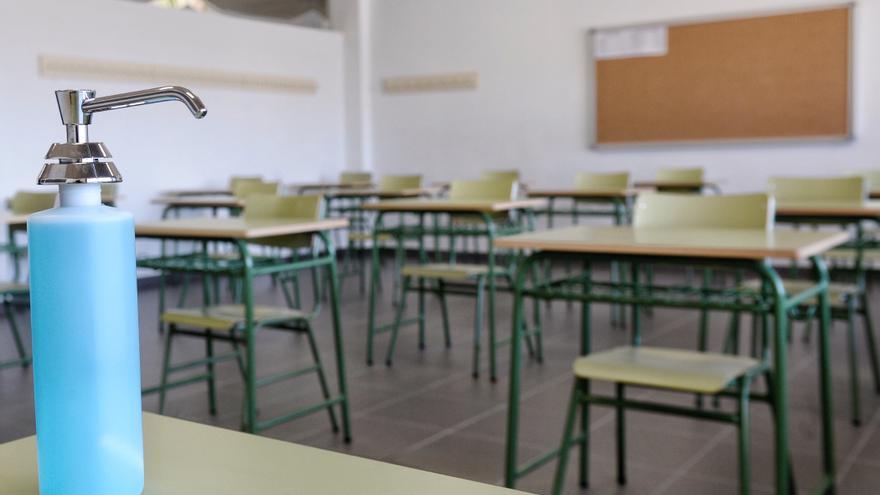 We are entering the week in which the course begins in some autonomous communities and many families are still wondering what to do with their children. Taking them to school, with the risks that it entails? And, if they don’t go, can it have legal consequences for the parents? And educational for minors? Are students going to be left behind if they don’t go to the center, whether they have some kind of home schooling or not?

Like everything that happens in this course, there are more doubts than answers while the situation is theoretical. When you cross that plane to practice, you will see the decisions made by schools and administrations when these cases occur. But there is also some information, there are laws and there are interpretations of them.

The first evidence is that schooling is compulsory in Spain between 6 and 16 years of age. There are only three exceptions that would justify attending class at these ages, explains the lawyer Juan Rodríguez Zapatero: an illness, the minors being abroad or the parents traveling. Outside of these assumptions, prolonged absenteeism (when the student misses 20% of the classes) may ultimately end with the withdrawal of parental authority from the parents and with jail sentences of up to six years for abandoning the school. family in the most extreme cases.

This says the law, but the experts clarify: this regulation is intended for absences in situations normal, not for a global pandemic that collides the right to education of the minor (because the right to education belongs to the child, not the parents) with the obligation of parents to care for their children. “It is evident that the circumstances in which we find ourselves justify that a family decides not to take their sons or daughters to class. Therefore, there should be an objective, public and notorious cause of justification and guaranteeing educational attention to the son or daughter should not have negative repercussions “, explains Carlos Delgado, managing partner of Alcantara Lawyers.

Faced with the social uproar that runs through Spain these days, the Prosecutor’s Office has considered it appropriate to shed some light on the position it will adopt in these situations. “Something of light” because the note issued by the public body seems to point to some relaxation in taking measures, although it is not quite explicit.

Basically, the public prosecutor reminds that schooling is compulsory and that action will be taken against those who do not justify absenteeism “clearly and definitively”, but then clarify: the institutional response will be modulated “to the specific situation of the affected students and their respective families, taking into account the current pandemic situation derived from COVID-19 [sic] and the unique scenario of health risks present not only in the school environment, but also in the family “.

This last part seems an excuse for parents who decide not to take their children of school age to school. However, the last paragraph of the note qualifies: “Only those cases that lack a clear and final justification for the exemption, even temporary, from the duty of attendance of the students (…) will motivate the Public Prosecutor’s Office to continue its proceedings to effects of bringing criminal action “.

And here the question arises: What is a clear and final justification? Is a global pandemic included? The Prosecutor’s Office hints at it, but not clearly. What is temporary? A week, a month, a quarter? It is also not known.

Schools have the first word

Faced with this uncertainty, attorney Delgado introduces another variable. The law, explains Delgado, establishes as an inescapable duty of parental authority to educate children and provide them with comprehensive training. In this way, proposes this lawyer, looking for an alternative education could give arguments to parents. “The decision not to take the children between the ages of 6 and 16 to school to preserve them from the coronavirus by providing education and according to official agendas at home should not cause responsibility to the families, since, precisely, they are acting responsibly, in the interests of the minor, protecting their health and that of the rest of the family, “he says.

Rodríguez Zapatero provides another element for families, which the Prosecutor’s Office also deals with in his note: families can demand that the centers comply with the health and security measures established by the administrations. Explains the public prosecutor: “The autonomous communities have established the criteria to be followed (…), which have been translated into the corresponding instructions to educational centers (…), which must apply and observe the appropriate established security protocols “.

And on the fulfillment of this basic premise, the “unavoidable obligation” of the attendance of the students is based, which will be given “in the aforementioned parameters and conditions.” From this statement of the Prosecutor’s Office it could be deduced, explains Rodríguez Zapatero, that in the event that a center does not comply with the health safety protocols, the parents would have a defense. “There would be a right not to take them and demand that the measures be complied with,” he says.

The note from the Prosecutor’s Office says that “the educational centers, when they detect cases of voluntary and unjustified absence from the classrooms, will be in charge of communicating” these breaches. That is, it will be the schools, glued to the field and aware of the circumstances of their students and their families, who must take into account each personal case before deciding whether or not it is justified for a student not to attend the center. Yet another task for teachers. It could be said that it has always been your responsibility to detect absenteeism, but there is a nuance. Without pandemics, they do not have to assess situations so much: when a student does not attend the center, the protocol is activated. Now they will have to include in the decision if their personal or family situation justifies the absence.

The lack of legal alternatives to schooling

This situation gives rise to Rodríguez Zapatero to introduce another reflection: the lack of alternatives to schooling in the network of schools, whether public or private. “This exceptional situation reopens the debate that Spain has not adequately regulated alternatives that they do offer in other countries [a la escolarización en el sistema], how is he homeschooling [la escolarización en casa, que está en auge estos días]. There is a 2010 Constitutional Court ruling that did not recognize the right of parents to educate their children at home, which means that there is no parental power to not educate their children, “he explains.” There could be other alternatives such as online education … All this shows that there are shortcomings or regulatory gaps that should be considered to regulate, starting from the compulsory principle of schooling, “he says.

Another question that worries some parents is whether there is any possibility that their children will lose their place in school due to a repeated absence. The answer in these cases is a resounding no, according to experts. “The problem would be for the families, but the place would not be taken away from the minor because he has the right to education,” summarizes the message José María Ruiz, head of Public Education at CCOO. “In the few cases in which absenteeism protocols have been activated, the responsibility has been the parents and the minor’s right has prevailed,” agrees Maribel Loranca, secretary general of the UGT Education Federation.

Finally, the purely academic question remains. Are students who do not go to school going to be left behind? If a minor does not go to your center, there can basically be three scenarios: that their parents, if they can afford it, hire some type of teacher to continue with their education or they take care of it, that their center has anticipated this situation and is sent to them material so that they can advance from home or, especially the little ones, who are waiting to see how the course evolves.

Leaving aside the older ones – it is taken for granted that they will have to continue in some way -, for the little ones, losing a few (more) months of education should not be too much of a problem, explains Elena Martín, professor of Evolutionary Psychology of Education at the Autonomous University of Madrid. “We know that the plasticity of student learning always indicates that almost nothing is irreversible. Nothing has happened that a student cannot resume. It is important to point out this, because there are some headlines such as The COVID-19 generation, as if they were to be negatively marked. Developmental psychology shows that there are no critical periods in which if you do not do such a thing at that moment you no longer learn “. Nothing irreparable, but it is not advisable to ignore it either.” If there has been a gap in specific learning, we must compensate it “adds Martín.

Despite this, let’s say, room for maneuver, this professor defends the need for children to go to school. “There are learning guaranteed by living in society or by upbringing, but there are others that are only learned because there is intentional instruction. The school has an epistemic function: it takes reality and brings it to make it an object of reflection; things are not done to solve problems, but to understand the world. This function is absolutely peculiar and the one that justifies that we have to force students to go to school “.

We have launched a new weekly newsletter on education signed by Daniel Sánchez Caballero.