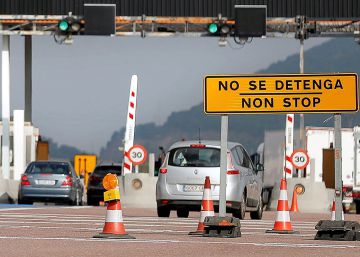 The year 2020 has started this Wednesday with increases, for example, on Renfe tickets or toll roads, but also with descents, such as natural gas or the highways that the Ministry of Development manages, the AP-7 between Tarragona and Alicante and the AP-4 Sevilla-Cádiz, which are now free. In addition, in the absence of ERC deciding on Thursday in the national council the vote in the investiture of Pedro Sánchez and that it obtains the necessary votes to form Government, PSOE and Podemos announced on Monday an agreement that, if made, will bring some changes to the Spanish tax system: income tax increases to incomes of more than 130,000 euros – affects less than 1% of taxpayers – a minimum rate of companies surcharge of 15% or new taxes, such as Google rate. These are the main novelties that this new year brings:

The Renfe ticket is expensive

Renfe raises the price of tickets for all its trains in 2020, so that the conventional AVE will be increased by 1.10% and those of Cercanías and regional will increase by 1%. However, multi-axis cards (of ten or more) do not experience increases. This is the first rise that the AVE train ticket registers in three years, and the first since 2015 in the case of Cercanías. The good news is that on April 6 the AVLO, the AVE is released low cost from Renfe, whereby you can travel between Madrid and Barcelona from 10 to 60 euros. The buses and the subway, of course, do not undergo major changes and even descend. In the case of Barcelona, ​​the single ticket goes from 2.20 to 2.40 euros; The new 10-trip ticket (T-Casual) rises from 10.20 to 11.35 euros and the monthly (T-Usual) card drops from 54 to 40 euros. In Madrid, prices are maintained except for retirees whose monthly payment is reduced by 3 euros to 9.30 euros.

The average price of Toll of the highways that make up the state network rises 0.84% ​​as of Wednesday. The climb is applied on all highways dependent on the General State Administration, except for the nine that were rescued by the Government to go bankrupt during the crisis – among them, the Madrid radio stations – and currently managed by the Ministry of Development. The good news is that the toll of the two sections of the AP-7 between Tarragona and Alicante and the AP-4 Sevilla-Cádiz, which are already free. From today, in fact, cars are circulating on these roads with the barriers of tolls raised.

Airport fees are down 1.44% as of March 2020, which together with the constant price war of low-cost airlines such as Ryanair, Easyjeat or Iberia Express venture few unpleasant changes for those traveling by plane.

The Last Resort Rate (TUR) of natural gas has fallen from an average of 4% since January 1 compared to the last quarter of this year, after remaining the last two quarters of this frozen 2019. In this way, the invoice for TUR 1 consumers (annual consumption of less than 5,000 kWh) will decrease by 3.3%, while that of TUR 2 consumers (annual consumption between 5,000 kWh and 50,000 kWh) will fall 4.2% . These rates are updated every quarter.

Three sections for the price of light

The change most taxpayers will notice in the electric bill It will be the new pricing system that will vary depending on the time of consumption. Now there are three sections with different prices: the cheap one (from 12 at night to 8 in the morning); the expensive one (from 10 in the morning to 2 in the afternoon and from 6 in the afternoon to 8 at night, and all weekend and holidays), 50% more expensive than the cheap one; and the intermediate one (in the rest of the hours), 20% more expensive than the cheap one. Setting the washing machine at a certain time or programming the electric heating can be a considerable saving. These schedules affect those with a regulated rate or PVPC (Voluntary Price to the Small Consumer).

Telephony and Internet are maintained

The rise of low-cost brands (O2, MásMóvil, Amena, Pepephone, Lowi, Digi, etc.) will continue to push down the prices of service packages (landline, mobile, Internet and data), especially those that do not They have television or football included. Telefonica will upload from February 15, 2020 complementary services such as three-way calls, call forwarding, call barring, maintenance or answering.

If Pedro Sánchez achieves the endowment in the sessions convened in Congress for January 4, 5 and 7 and the first coalition Government is formed in Spain since the end of the dictatorship, the new Executive It will resume some of the agreed measures for the failed 2019 Budgets, lying down by the right-wing parties and the independentists. Among these is raise the income tax to high incomes (two points for income of more than 130,000 euros and four points above 300,000 euros) and a minimum tax of 15% in the Corporation tax. They will also see the light Google rate —A lien about certain digital services that will affect large technology platforms— Y Tobin rate – a surcharge on financial transactions.

The new Executive plans to reduce the VAT on feminine hygiene products from 10% to 4% and veterinary services from 21% to 10%, and

Another of the intentions of the possible PSOE-Unidos Podemos coalition government is to lower VAT of veterinary services from 21% to 10%. The same surcharge is currently applied to feminine hygiene products, which both parties intend to leave at 4%. “We will address the deactivation of what is called pink rate, that is to say, the increase in the price of the same product when it comes to a female version, “mentions the agreement presented by both parties on December 30, which sets” to address taxation with a gender perspective.

Another aspect included in the agreement between Unidos Podemos and the PSOE is the review of the appraisal of “foods processed or rich in fats and sugars”. At the moment, neither party has explained how this is going to be articulated, but both seem to agree to tax more this type of product. A measure in this regard is already launched in 2017 in Catalonia. This community approved a tax on packaged sugary drinks that allowed it to raise more than 40 million euros in 2018, but the fee was canceled last July by the Superior Court of Justice of Catalonia.

Salaries of public employees and pensions

The Government has promised public employees a minimum increase in 2020 of 2% (plus 0.3% of additional funds), which it estimates will cost 3,264 million euros. Of course, like the rest of emoluments that depend on the Official State Gazette (BOE) they will have to wait for the Government to be constituted and cease to be in operation, although the increase will be applied retroactively from January 1. The Executive has also pledged to raise pensions by 0.9% in 2020 as soon as it is constituted. Of course, retirement conditions also get worse. As of January 1, the retirement age is delayed to 65 years and 10 months, two months longer than today, if it has not been quoted enough. To receive all the payment with 65 years, it will be necessary to have contributed 37 years, three months more than in 2019.

The coalition cabinet that is emerging has also insisted on re-uploading the SMI in an agreed manner with employers and unions. The intention of both parties is to increase the minimum wage until reaching pgradually 60% of the average salary in Spain, as recommended by the European Social Charter, which would foreseeably raise it to 1,200 euros at the end of the legislature. In 2020 the rise could be close to 1,000 euros. ANDn 2019, the SMI has already increased from 736 to 900 euros, 22.3%.

For the self-employed, the possible new Government projects better coverage and the gradual equalization of the rights of this group with those of employed persons. In detail, both PSOE and United We can try to create a contribution system for real income, based on tax information, which will lead to greater social protection in case of unemployment, illness or retirement. This year, in addition, no increases are expected in the minimum contribution base, now located at 944.35 euros per month and which 90% of the self-employed receive.

This year the update of the cadastral values ​​is expected in 1,092 municipalities, of which 1,005 will be revised upwards and the remaining 87 will register declines. Among those that rise are the provincial capitals such as Girona, Valladolid, Córdoba, Teruel, Palencia, Cádiz, Jaén, Logroño, Granada, A Coruña, Valencia, Lugo, Huelva, Seville, Huesca and Tarragona. And what descend the value are Castellón, Zaragoza and Guadalajara. Both the increase and the average decrease in which the amount paid by the owners of homes, premises and land annually for the Real Estate Tax will be 3%. And the maximum increase will not exceed 5%. However, the municipalities can then vary the type of the IBI to compensate for the upward or downward tax.

And Correos gets more expensive

The Postage stamp to send letters and postcards standardized and weighing up to 20 grams to national destinations this year rises 8.33%, so it will cost 0.65 euros. The stamps to send letters and postcards to European countries (including Greenland, Danish autonomous territory) are increased by 3.57%, reaching its price at 1.45 euros, and those of other destinations, 3.3% (1 , 55 euros). In the case of shipments of packages to national destinations, Correos increases its price an average of 1.34%, an increase higher than that applied in 2019, which was 0.88%.