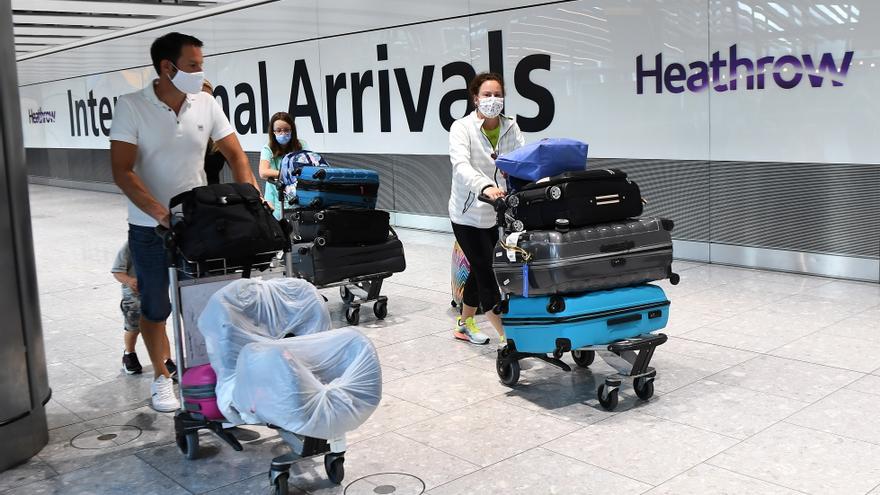 London, Dec 31 (EFE) .- With Brexit, the conditions for traveling between the United Kingdom and the European Union (EU) change. The maximum time that you can do tourism without a visa will be limited, you will not be able to cross the border with certain foods and new documents will be necessary to drive, among other conditions.

Despite the agreement that London and Brussels have reached to regulate their future relationship, as of January 1, free movement between both sides of the English Channel ends and new restrictions are imposed.

WHAT DOCUMENTS WILL BE NECESSARY TO TRAVEL?

Community citizens can continue to enter the United Kingdom with their national identity card (DNI, in the case of Spain) until October 1. If they are registered as residents in the Settlement System in the British Isles, that identification will remain valid at the border until December 31, 2025.

British citizens, for their part, must show a passport issued less than ten years ago and with at least six months remaining on the date of entry into a country of the European Union.

When crossing the border, in both directions, the tourist may be required to have purchased a return ticket, or to demonstrate that he has the means to pay for it and support himself during his stay abroad.

WHAT IS THE MAXIMUM TRAVEL TIME WITHOUT A VISA?

A European visitor may stay a maximum of six months in British territory without applying for a visa.

The stays of British tourists in the European Union, on the other hand, will be more limited. They will only be able to stay in a country of the block as visitors for 90 days, spread over a period of 180 days.

During that time, they can go sightseeing, visit family and friends, do business or study for a short time. For longer stays and to work they must apply for a permit.

WHAT PRODUCTS CAN CROSS THE BORDER?

From now on you cannot enter a community country from the United Kingdom with meat and dairy products. A tourist who has bought a ham and cheese sandwich in the UK, for example, will have to dispose of it before crossing the customs of another European country.

Exceptions to this rule will apply in the case of powdered milk for children and special foods required for medical reasons.

Fruits and vegetables must be accompanied by a phytosanitary certificate, except in the case of pineapples, bananas, coconuts, dates and durios.

When entering the UK from the European Union, however, there will be no restrictions on fruits, vegetables, meat or dairy products.

WILL IT BE ABLE TO CONTINUE USING HEALTH?

The agreement reached between London and Brussels provides that EU and British citizens will maintain the right to receive medical care similar to that ensured by the current European Health Card (TSE) when they cross the English Channel as visitors.

For the moment, both sides have detailed that the European cards in force on January 1 will continue to be valid until they expire.

The United Kingdom has advanced that it hopes to issue its citizens a Global Health Card (GHIC), but has not yet provided details on that program.

In any case, the UK Government recommends taking out private insurance before traveling between the two territories.

WHAT DOCUMENTS ARE NECESSARY TO DRIVE?

British and EU citizens who want to cross the English Channel with their own vehicle will need to request a document called a “green card” that proves that they have compulsory insurance.

British drivers will need to affix a “GB” (Great Britain) sticker to the vehicle.

Some countries may require British tourists an international driving license. Spain will allow British visitors and residents to use a card issued by the United Kingdom until June 30, but will ask residents to exchange their document for a Spanish one thereafter.

WHAT WILL HAPPEN TO THE PETS?

The British must obtain a health certificate every time they travel with a pet to a country in the European Union.

Dog or cat owners must request this document from a veterinarian within ten days prior to the trip, in addition to having installed an identification chip.

On the other hand, there will be no additional restrictions to the current ones to travel from the EU to the UK with a pet.

WILL THE MOBILE ROUTING CONTINUE TO BE FREE?

With Brexit, the guarantee that the cost of calls between the United Kingdom and the European Union does not increase.

Although some operators have advanced that they do not have plans to change their rates for now, each client should consult the prices that will apply.