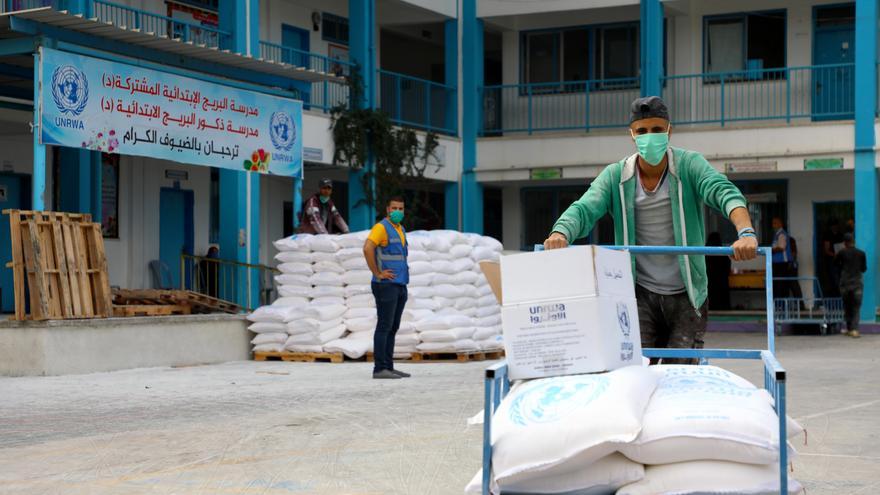 If criminal conduct does not involve rejection and cost, the explicit message is that the law of the fittest prevails, criminal impunity and recidivism. That is why the prevalence of law and international law also affect companies.

These axioms being true, something is wrong with international governance and democratic states.

The United Nations Human Rights Council was mandated in 2016 to study which companies were profiting from the Israeli occupation of the Palestinian territories. The mandate was confined only to the Palestinian territory after 1967, not including the companies that benefit from the Israeli occupation of the Syrian Golan Heights.

Finally, and after overcoming infinite pressure from the governments of the countries where the headquarters of the companies studied were located, Michele Bachelet, the United Nations High Commissioner for Human Rights, released a first report on February 12 of this year which included 112 companies. It must be said that the initial report for 2018 included 307 companies; subsequent revisions, notices and commitments, finally reduced the list to 112 companies, of which 94 are headquartered in Israel. The rest are from the United States, France, Luxembourg, the Netherlands, the United Kingdom and Thailand. Some of the companies mentioned are collaborators of the European Union in different programs and many of them have subsidiaries in many countries. Among the companies listed are Booking, TripAdvisor, Expedia and eDreams.

The United Nations and the European Union consider Israeli settlements in occupied Palestinian territories illegal. Well, almost all the countries of the United Nations, except the United States and, curiously, some Pacific island states that auction their votes.

However, there is negligence in implementing and applying dissuasive norms to the occupying power, a name used by the Fourth Geneva Convention, and to the companies that profit from the occupation, by the European Union itself, its member states and the multiple regulatory agents. Laziness or complicity.

When the list came out, we saw that there were significant shortcomings and a lack of companies recognized for their participation in seizing and profiting thanks to the strength of the Israeli army and authorities. Thus, for example, one of the 112 companies named is the Israeli Shapir Engineering and Industry, which has quarries and has built colonies and infrastructure in the occupied Palestinian territories. His partner company in the expansion and construction of new tram lines between the occupied city of Jerusalem and the neighboring colonies, the Spanish company Construcciones y Auxiliar de Ferrocarriles (CAF), was not mentioned. For now

But what are the repercussions of appearing on the list of rogue companies? A normal person would understand that these companies should be prosecuted based on the seriousness of the facts demonstrated and have sanctions on their profits and their managers disabled. In addition, regulatory mechanisms should indicate these points for the knowledge of investors, employees and clients; they would lose their suitability to bid in public tenders, belong to certain business associations that defend the right or participate in the Stock Market.

For this reason, MEPs Manu Pineda and Sira Rego asked the European Commission, after the publication of the United Nations list, about how it was going to act before these 112 companies mentioned and others that carry out activities in the Occupied Territories, at occupation service.

The Commission’s response could not be more disappointing. “The EU considers that all companies should apply the Guiding Principles on Business and Human Rights, approved by consensus at the United Nations Human Rights Council on June 16, 2011. The EU has incorporated the application of the Principles guiding principles in the EU Action Plan for Human Rights and Democracy 2015-2019 A joint Communication from the European Commission and the High Representative on an EU Action Plan for Human Rights and Democracy 2020-2024, published on March 25, 2020, also refers to the need to actively encourage and support partner countries’ efforts to apply the UN Guiding Principles. EU Member States have a responsibility to raise awareness among businesses and European citizens on the Guiding Principles and potential risks related to economic and financial activities in settlements. ”

All grandiloquent words that do not transcend the voluntarism with which the Guiding Principles are proposed since their breaches do not harbor sanctions. There is only a mere possibility of affecting your corporate image.

Where are the sanctions? Does the contract law, the Spanish Renfe or the British Network Rail say something? Have the auditors of Shapir or CAF, the Deloittes, shown in their reports that these companies profit from their crimes? Has the Spanish National Securities Market Commission or the FTSE Russel shown that CAF or Shapir increased their order books at the expense of the Palestinians? What promotion can be made of the Guiding Principles when noncompliance costs companies that violate international law nothing? Those are the paths we must travel.