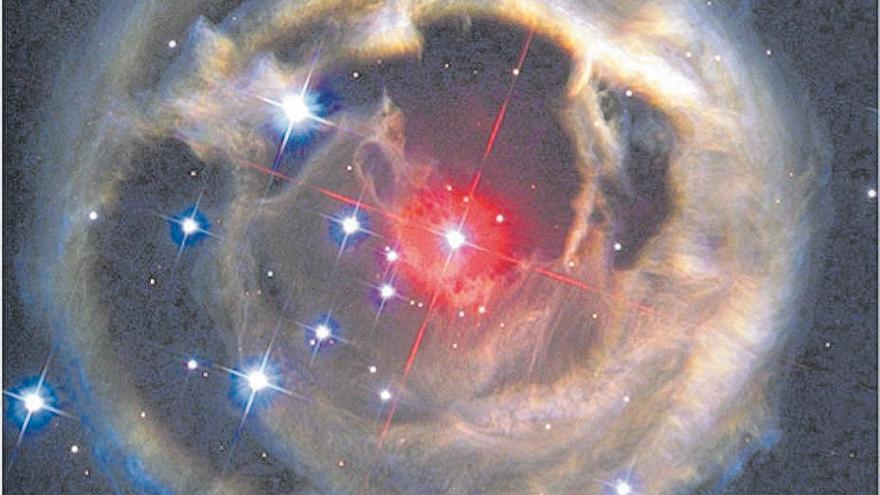 For more than a century novae and supernovae have been studied extensively, classifying with some “ease”. Despite this, we know little about the events that occur with an intermediate luminosity between these two classes. In the last decade, this space has been filled with outbursts of massive stars (hypergiant, Wolf-Rayet or superAGB stars), stellar mergers or eruptions of luminous blue variable stars. In all cases, a major change in stellar structure and mass loss mechanism is required to provide sufficient energy for the blast without completely destroying the star.

The discovery and methodical study of each new case has allowed us to group them into new subtypes of objects. Even so, we still do not answer the question: are these new physical classes of transient phenomena or are they simply instabilities in the nuclear combustion of stars?

Today I want to tell you about one of these families in particular, the luminous red novae (LRNe) or luminous red novae. This class of luminous objects are extremely red since the energy that we receive from them comes mainly from radiation in the longest wavelength. These reach a peak of luminosity approximately within the range that we have mentioned between novae and supernovae. Until the beginning of the 21st century, only a couple of these objects had been identified, sometimes classifying them as “nova of an unusual type that does not easily fit into the standard scenarios for eruptive events in white dwarfs.”

It was the eruption of V838 Monocerotis in 2002 within our Galaxy that allowed us to study these types of objects in greater detail. The birth of a new era of astronomy of these phenomena was coming.

These objects have a rather peculiar evolution: at first they show a slow increase in brightness over months or years, and then continue with several peaks of luminosity. All of this happens as energy is emitted at redder and redder wavelengths. We have already mentioned previously that the study of these objects through electromagnetic spectra is essential to know the chemical elements involved in the event. The spectra of the LNRe progressively change from typical characteristics of intermediate type stars (5000 K) to those of colder late type (3000 K). Spectra of the latter type also show molecular bands of titanium and vanadium monoxide that are related to the cooling of the material they expel.

Diagram of explosive transients and eruptive phenomena, where we can see where the luminous red novae are located

Although several hypotheses have been discussed, the behavior of the LRNe is consistent with the evolution of the common envelope and, eventually, the fusion of binary star systems. The variations in luminosity in the light curves of the LNRe are closely related to the mass of the stars involved in the system. Interestingly, despite the small number of transients known as these (approximately sixteen), stellar mergers are not considered exotic events. They are actually a key ingredient in stellar evolution. Most of the stars in the known Universe exist in binary systems and about 25% of massive stars coalesce. Weak LRNes, which are produced by mergers of low-mass stars, are common and are typically found in our Galaxy. In contrast, the most luminous events, which are produced by the fusion of massive binary stars (tens of times the mass of the Sun), are rarer and are generally discovered in other galaxies.

Even with the knowledge that we have, some unknowns such as the mass of the stars that participate or the physical processes that lead to the expulsion of the common envelope and the fusion of the stars of the system remain to be obtained a concrete answer. Each new event has clear potential to bring important discoveries and constraints on stellar population analysis models, and these models, in turn, can be used on hot science topics such as gravitational waves, produced by nearby compact binaries.

Thus, all of us who study these objects alike wait with longing and fear for a new event that will help us to put one more piece in the puzzle of stellar evolution.