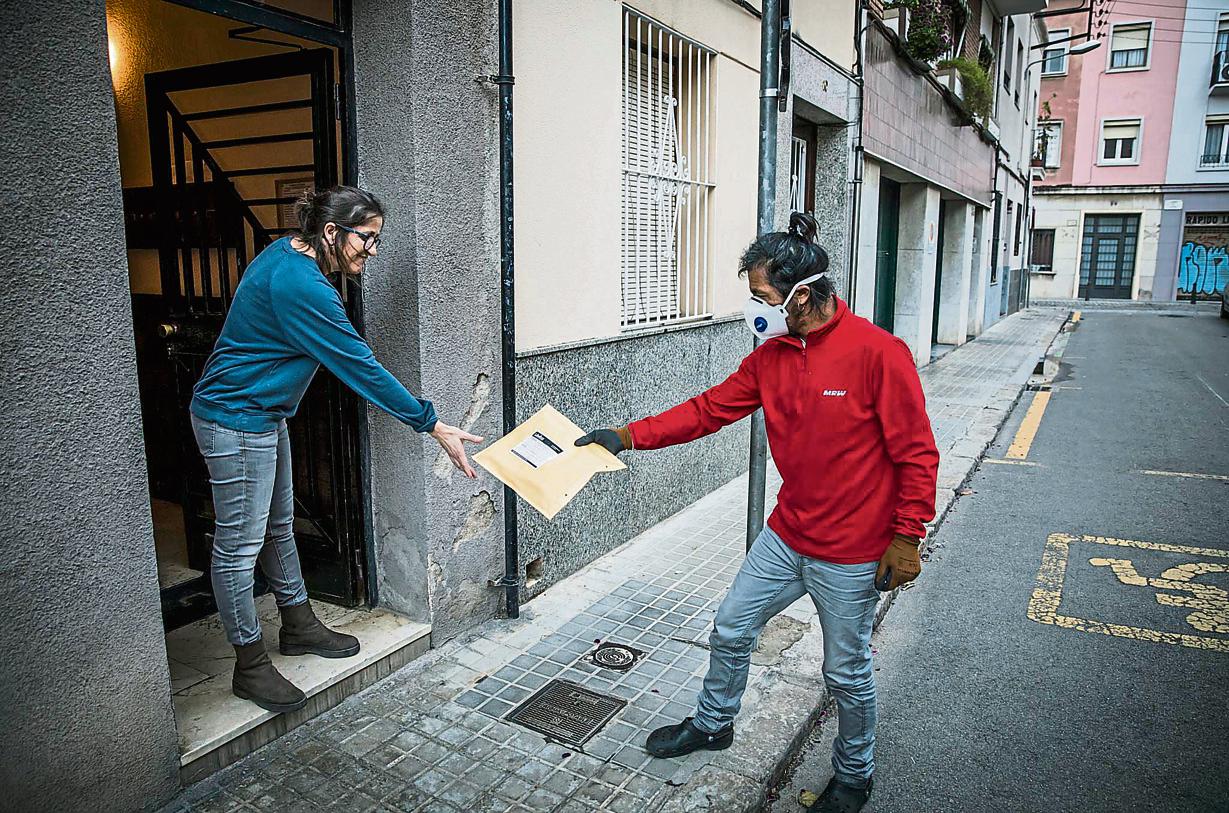 Despite all the difficulties, books continue to be sold. With data provided by Amazon, Casa del Libro, Fnac, La Central and Libelista, this is the list of the best sellers during confinement:

And Julia challenged the gods, from Santiago Posteguillo (Planet)

In Catalan the following stand out:

How paper books are sold these days

Writing for the booming coronavirus book sector is the closest thing, for a cultural journalist, to writing chronicles of the nuclear disaster. The sale in bookstores, which will remain closed until at least mid-April, has been totally canceled, the trade in these unique objects –another symbol of human knowledge or carriers of the sacred word– is limited to digital formats (e-books and audiobooks), for home sales (which are maintained by chains and some independent bookstores), to stationeries and kiosks that have a small space dedicated to them and to some supermarkets.

Using wildly optimistic criteria, it could be calculated that a maximum of 20% of sales is maintained, according to industry sources. Almost all publishers have interrupted the publication of news and some experts estimate losses in hundreds of millions of euros. A blow – in addition, on the eve of Sant Jordi – for the booksellers, who have begun to open temporary layoffs (ERTE), which will affect several thousand workers, although there are no official figures yet.

Door-to-door sales – by internet or telephone order – divides the sector. Ones, like bookstores Laie, NoLlegiu or CaldersThey have suspended it because they consider that “it is putting at risk the precarious workers who make the distribution.” Others, such as The central, they keep it with restrictions: “Our delivery man is in charge of getting orders to those customers in Barcelona who ask for it. Of course, it does so in compliance with all sanitary requirements: it goes with a mask, gloves and disinfectant liquid, ”explains Marta Ramoneda, who confirms that they have noticed an increase in this service.


Despite online sales, turnover falls more than 80% on the eve of Sant Jordi

The big chain delivery men –Amazon, FNAC, Casa del Libro– they continue to supply books to those who request them, complying with “the protocols and the safety and health regulations,” they affirm.

The platform Libelist, which groups 120 independent bookstores from all over Spain – half in Catalonia -, also continues to distribute them. “Some of our associates choose not to distribute these days, and in those cases we offer the possibility of reserving the title for later.” L’Espolsada, Al·lots or the Hispanic American Bookstore are some of those that continue to serve books at home. Libelista affirms that “to minimize risks” they do not go to the stores of the bookstores, but “directly to the distributor”.

The 48 bookstores of Casa del Libro are closed but they continue selling online. They organize talks, tutorials, telework guides and conversations, “because people are hungry for content,” they say. The shipping costs for small amounts have been eliminated and they have established a commitment to delivery within 24 hours throughout Spain, but despite this they acknowledge that “the global sales volume has fallen by 90%”.

In Madrid, there are bookstores that started distributing at home, such as the Alberti, but they have suspended the service. Others, like Flying or Eight and a half –Incorporated in Libelista– they continue to attend clients at their homes.

The publishing cooperative Som * and the digital agency MortensenFor their part, they have launched a campaign to help bookstores during the mandatory closing period, LlibreriesObertes.cat. It is like a microfinance campaign, since it is about readers buying books in advance in their usual bookstores, so that they have liquidity these weeks. Readers will be able to pick up their books when they reopen.

They told it at a virtual press conference Joan Carles Girbés i Roser Sebastià (Som * cooperative group) and Josep Maria Ganyet (Mortensen digital services agency). There is no profit and the operation is as follows: the reader chooses his book (among 6,500 titles from 540 publishers) and indicates his reference bookshop (more than a hundred when the campaign opens). He pays it, that money goes to the bookstore and the client will collect his copy when the bookstores are open again.

Ganyet explained: “A job of one or two months has been done in a week, and there have been no unions and institutions because we could not have been so fast or effective” In this way, “the website is already up and running and anyone who wants to add it can do so”.

“This campaign is created with cooperative criteria –Girbes pointed out– and it houses bookstores in Catalonia, the Valencian Country and the Balearic Islands ”. Available books, in Catalan and Spanish, they are novelties of 2019 and 2020, and there is everything: fiction, non-fiction, essay, and children and youth. The publishers will obtain their benefits when the bookstores recover the normality and fulfill their requests.


Are you in favor of 0% VAT in culture to overcome the setback of the Covid-19?