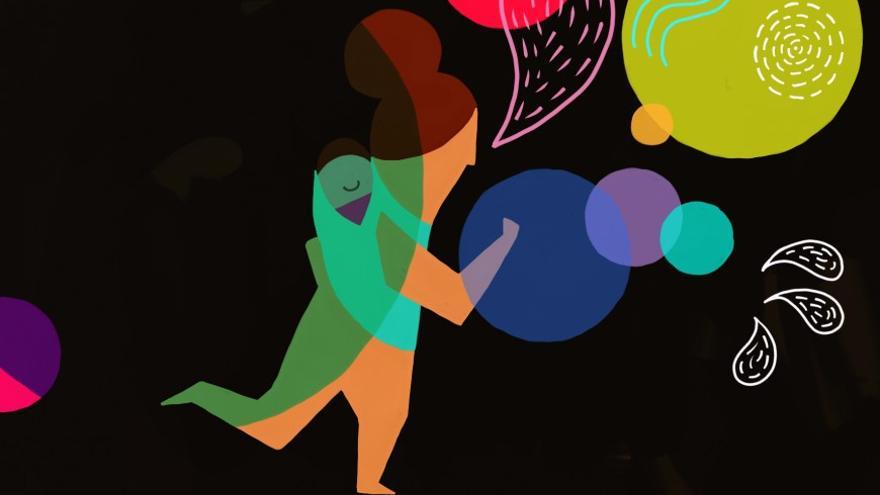 A few days ago, the International Day of Rural Women was commemorated, a day to make visible the work that a quarter of the world's population does daily without rest to guarantee food security for the rest of humanity. Women who work triple hours, most of them without pay. And I, who am a woman born in a rural country, raised and educated by rural women, I come to tell you something that for a few years has stolen my sleep - in the most literal sense. To put you in context a bit, I have to tell you that I am a woman born in the south of Colombia. Since I was in my mother's belly, I already attended meetings of peasant women, women organized to know and claim their rights. I am the daughter of a woman who taught me to follow the path of rural women's struggles and, how could it be otherwise, that has had an enormous influence on my life. And I barely came to understand it until a few years ago.

Obstetric violence has been widely studied by the feminist movement, defined in general terms as the cruel, inhuman and / or degrading treatment that is exercised on the bodies of women in situations of pregnancy, childbirth and postpartum by health personnel. Obstetric violence is about pathologizing, medicalizing and objectifying the bodies of pregnant women. So far so good. This is somewhat familiar to us. But, what if we talk about women who, to give birth, have to walk for hours on muddy roads that a car does not drive to get to a health post; or women who have to go 10 hours in a boat on a river or 7 hours on horseback to get to a hospital; Or those who, even by doing that, manage to get to the nearest hospital or health center in the middle of labor? Does that sound like obstetric violence to us? Or not so much anymore?

Doing my doctoral thesis on obstetric violence, that was the reality that I encountered when rural women from Caquetá, Colombia, told me how they had given birth to their sons and daughters. Most of the ones I interviewed they never made it to a hospital. Their option was, in the best of cases, to find a midwife who lived nearby to assist them and hopefully reach the day of delivery. Or, as others had to, take the sharpest knife in the kitchen, heat it over the fire, give birth in a squatting position holding the bed, with the company of a neighbor and with that knife cut the baby's umbilical cord.

They are not the only ones. In the world there are millions of women like them for whom childbirth is an absolute challenge and hospital delivery, an unthinkable privilege. According to the report of the Guttmacher-Lancet Commission on Sexual and Reproductive Health and Rights (2018), it is estimated that around 30 million women give birth at home or elsewhere, without the possibility of specialized care or treatment for complications of childbirth.

A study conducted with women from a rural area in Tanzania, published in the medical journal The Lancet (2015), established that maternal mortality is directly associated with the distance to the hospital -the farther away they were, the more likely they were to die-, going from 111 deaths per 100,000 live births among women living within 5 kilometers of a hospital to 422 deaths per 100,000 among those living more than 35 kilometers from a hospital.

Latin America does not escape this reality and one of the many stories that accounts for this is that of Inés Ramírez, -some time ago she became well known, you can find her with a simple search on Google-. She is an indigenous Mexican woman, who lived in a rural area of ​​Mexico. She only spoke Zapotec, was pregnant and lived more than 80 kilometers from the nearest midwife. One night she went into labor and had no one around to ask for help, the pain was so unbearable that she made the decision to cut her belly herself. Ines had a cesarean section and extracted her son, cut the umbilical cord with scissors and fell unconscious. However, she regained consciousness and when the village doctor came to see her, she and the baby were conscious. Doctors do not explain how he could do it.

This is just a story that is made public of the millions that happen in the world and account for the cruel situations to which pregnant rural women are subjected due to lack of medical assistance and real guarantees to access the health system.

Obstetric violence is a type of gender violence whose search for its elimination is part of the fight for the defense of sexual and reproductive rights; from the protection of women's rights to their autonomy, to their privacy, to be duly informed, to their self-determination, to the effectiveness of the right to health, to live a life free of violence, and so on.

When I learned all this about rural women and saw that these horrible things did not fit me within the typical description of obstetric violence that I cited above, I wanted to speak with some researchers who in Spain have been studying and theorizing about it and who served me as guide when all this exploration began. What they told me was that these things, although aberrant and reprehensible, were violations of sexual and reproductive rights, and even institutional violence, but that, in no way, they were obstetric violence. In other words, although these realities were part of that universe of causes that are within the fight for sexual and reproductive rights and institutional violence, they considered that it was not obstetric violence, because it responds to a very theoretical and legal concept. concrete.

It is clear to me that any type of violence is exacerbated when we are faced with situations of racism, classism and colonialism and that, if we want to make a real and critical feminist analysis, this cannot be ignored. I do not see why pregnant women who manage to reach a hospital and who receive cruel treatment by health personnel can demand the effectiveness of the right to health, their sexual and reproductive rights, to live a life free of violence, and pregnant rural women (peasant, black, indigenous, gypsy, etc.) who could not arrive because they never had that option, cannot claim it under the same conditions. Both are traversed by the same situation of structural violence. Obstetric violence cannot be reduced only to the specific moment of delivery and, furthermore, to pregnancy and childbirth that only a sector of women experience. Obstetric violence in itself is also institutional violence, it is the reflection of the State's omission, of the breach of the most basic commitments in the matter of human rights and it should not distinguish between women inside and outside a hospital.

This requires a much longer and deeper analysis, I know, and there are things that are left out of me. All the doubts I had in this regard, I solved them and it was not with the academics - although I must say that I had wonderful women by my side, academics too, who with their opinion encouraged me to continue. I solved them with rural women, those who have lived in their bodies the forgetfulness of the State and society, and those who reminded me that one must always be on the side of those who suffer. That without a thorough review of racism and colonialism, our struggle is half done and half told and it continues to be for a few and not for all.