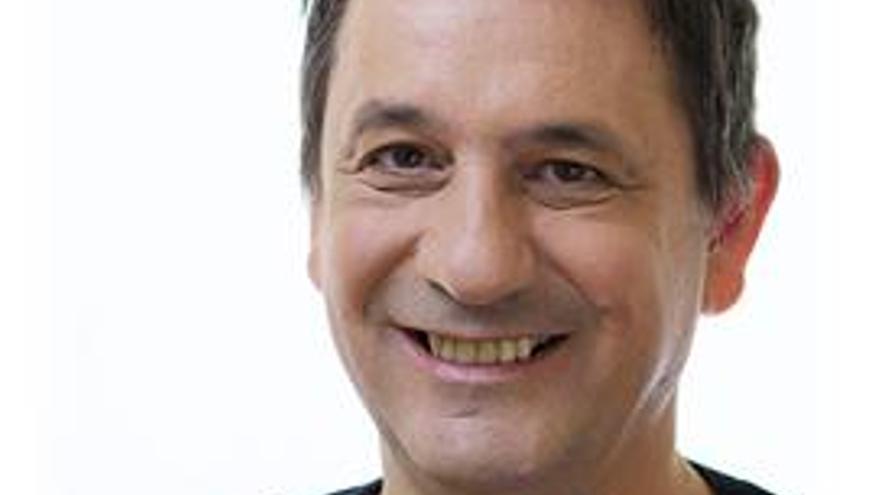 The chronicles knew him as the Sinister Sinister Archer, not because he was wicked, gloomy, or evil, but because he was left-handed. Sure enough, he had no fingers, but only one hand. And it is true that he knew how to handle the bow, but perhaps that was not the best of his virtues. However, the most precise definition, according to the father of this character, is that of “illustrated thug”. We are talking about Gülliam from Canford.

Doesn’t the name ring a bell? It is not surprising, “no historian will have heard of” him, “and even less of his importance to the famous King Ferdinand the Catholic,” as explained in the first two lines of Daniel Bilbao’s novel. The Chronicles of Gülliam de Canford, the Sinister Archer Sindedos. The barking dog, the first of four books in which the adventures are narrated, during a secret mission in the year 1476 by the region of Las Merindades (in Burgos) of a mercenary whose mere presence in certain scenarios makes him get into trouble.

Güilliam awakens with the point of a sword threateningly resting on her throat. She is in the town of Frías, where she has stopped to make a stop along the way, after three days of riding. He is detained by a knight accompanied by two soldiers, who carry the manco handcuffed without contemplation. Two pages later he finds himself in the dungeons of the Frías castle, and that’s where his cunning begins to unfold. The illustrated badass is “a mercenary who has very few scruples but who basically has his morals,” explains its author. Everything fits in this book with the structure of a detective novel: the story is told in the first person, there is a crime, a detective investigates what happened and applies his deduction capacity, the rest of the characters are subjected to a psychological analysis that disarms them and the case is finally resolved. So far so good, the strange thing – but also the joyful thing – is to see how all the weapons of the black novel unfold with such naturalness in a time without police or detectives, such as the Late Middle Ages in the Spain of castles and merchants.

Bilbao, which came from writing science fiction of the near future – in 2035 democracies have been replaced by Global Brands, although some State Cities survive under the territory of Al-Andalus, in their novel Fire mark– I needed to write “something lighter and more fun”. “I didn’t want it to be brainy, which is the opposite of most historical novels,” he explains. It happens that there is a lot of historical novel that has become a substitute for the history books, leaving aside the stories. Bilbao needed to have fun writing and he supposed that if he did, it would also happen to the reader. He cared about the plot, but above all the interaction between his characters, who are mainly the aforementioned archer provided with a mechanical hand, the old Jewish moneylender Gabriel Benaquiel and the young medicine woman María la Gatusa. The three meet in the dark basement of the castle in which the aforementioned first pages of this novel, which is the first of a saga, take place.

From all past and future times, from all places in this world and from others, Daniel Bilbao located his plot in the 15th century in Las Merindades because it is an area he knows well, where the author, who was born in Bilbao and lives in Madrid, summered intensely as a teenager. Everything arises around the fortress of the City of Frías. He didn’t even need to document much, because knowing the history of significant places well, as he knows it, he just had to “play with them”. The place brought history. On the other hand, “all Spaniards know the Catholic Monarchs” so the time is “a very easy reference.” “It was a time when society was changing, regardless of the unification of Spain, it also happened that the feudal system was becoming a bourgeois system, with merchants and cities,” he explains. Anyone who has visited the impressive Castillo de Frías today will be able to visualize well the settings of this novel. “It was the peak of the castles,” recalls the author. “In that area there are many and curiously they were not there to defend themselves against the Moors but as a defense in the struggles they had between the nobles since at that time the kings began to take control of the feudal lords. But all this does not appear in the books because I didn’t want a heavy historical novel, “he recalls.

We are getting to know who this Gülliam is, sarcastic and lapsed past, dropper. Bilbao does not even give us the detail to describe it. “He wanted to avoid it,” he confesses, “we do not know if he is blond or dark, handsome or ugly. Each reader will have a different idea of ​​him because I do not have that idea, by the way. The concept that each one of them will form is going to be much better than what I can describe. Sure. Because in the end the only thing that distinguishes him is that he has an iron hand. ” The mystery that surrounds him makes him more attractive and is one of the main hooks with history. At the end of the book, we will not know much more, because three other installments have to arrive, the second one at Christmas. They are all written, you just have to let time pass and the publisher of the Mongolia magazine (Mong Editorial) will publish them at your own pace, with delicious medieval covers designed by Fernando Rapa.

The novel is made short, as well as because it is, by the intrigue surrounding the shrewd emissary of King Fernando de Aragón. On the other hand, we know more about La Gatusa: a character that Daniel Bilbao is in love with. “I have cheated on her,” admits the author, “because I have created a character of the 21st century but I put it in 500 years ago. Because of her way of being and acting, she is more of a young woman today than she would be.” 15th century girl. I attribute things that I would like to see in a young woman, I can’t help it. ” María is a medieval feminist, to sum up soon and badly, who logically calls her a witch for her knowledge and her rebellion. The good news is that it will accompany the knight on her way to other nearby sites, scenes from the following novels, such as Oña or Medina del Pomar, taking on a greater role than the ironic Canford.

Another of Daniel Bilbao’s amusements as a writer is to sneak his voice, in a subtle way, into the narration. “We have 500 years of lag between today and that, and we have some knowledge of those five centuries that obviously the protagonist cannot have. But, nevertheless, it is fun to refer to things that have happened in these years from the point of view of someone who did not know it “, reveals the writer. Although they were discussed in the interview, they will not be revealed in this article, as it would be discourteous for future readers, attention will only be asked to certain literary and historical allusions that sow the text here and there, without shrillness.

Less fun has been another way the present has crept into Canford’s Gülliam Chronicles: the Covid-19 health emergency has disrupted the book’s release plans. “I have not been the only one by far so we are not going to cry about it either,” consoles the author. The presentation was scheduled a week after the declaration of the state of alarm and, like many other activities, it had to be converted into a live on Instagram, although not without the tragicomic adventures and misadventures of the brave publishers of Mongolia. On the other hand, confinement came in handy for Bilbao to have time — he likes to always have three hours free to write, an activity that combines with his activity as a businessman in the audiovisual sector — to correct the third of the planned books and write the fourth . Although the stories are self-conclusive, the result will be a round, entertaining and enjoyable tetralogy.