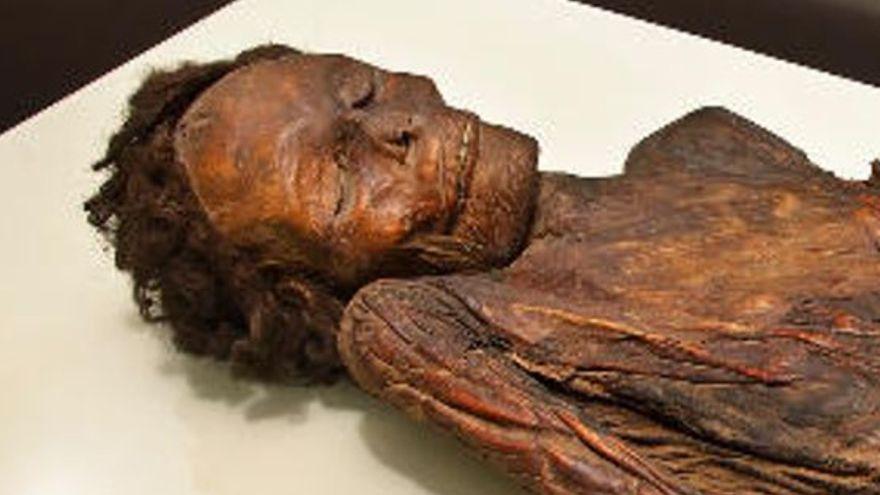 The fascination that Canary mummies have exercised throughout Europe for centuries has led many archaeologists to assimilate them with those of ancient Egypt, with the result of some perpetual distortions, such as assuming that “eternity” it was reserved for the elites, something a new dental study refutes.

The magazine “International Journal of Paleopathology” publishes this month an investigation on the dentition of 30 mummies from the Canarian Museum, compared with that of aboriginal skeletons recovered from other pre-Hispanic sites from the same geographical and temporal context (Gran Canaria, 5th to 11th centuries).

The study of the funerary rites of the ancient inhabitants of Gran Canaria has long revealed clues about what life was like in the centuries prior to the Conquest of the island by Castile, while at the same time supporting the hypothesis of “natural mummification”, the that maintains that all the corpses were carefully prepared, but that their conservation depended on the place where they were deposited.

The Canarian mummies that amaze for the prodigious preservation of skin and soft tissues that shine 1,500 years after their death were all buried in caves, whose environmental conditions led to their natural desiccation. On the other hand, of the individuals that some time later (from the 7th century) were buried in mounds or cists in the open air, only the skeleton has remained.

The curator of the Canarian Museum, Teresa Delgado, and the archaeologists Verónica Alberto (Tibicena Arqueología y Patrimonio) and Javier Velasco (Cabildo de Gran Canaria) ask themselves in this work if in a society as hierarchical and conditioned by the scarcity of resources such as that one there were differences in the last goodbye. Or put another way: Are mummies the aboriginal elite?

The thesis of the “mummified elite” is based, among other indications, that some corpses have shrouds made up of several layers of skins, which attract attention compared to others made with plant materials. And it is true that the quality of the shroud may denote a certain social position of the deceased, but, in reality, there are also mummies with more humble shrouds.

So the authors of this work approach this question with a hitherto unexplored approach: the analysis of the dentition of the pre-Hispanic human remains of Gran Canaria or, to be more exact, the study of the dental diseases suffered by these individuals. , which provides many clues as to what his diet was.

Why? Because on an island conditioned by food shortages, it is to be expected that the ruling class would have a diet richer in animal protein and more varied than that of the people, whose base was cereals, with little input of meat and almost no use of resources. from the sea until times very close to the arrival of the first Europeans, in the case of Gran Canaria.

This study shows that most of the mummies studied present cavities and tartar, which suggests a diet with a high carbohydrate intake, such as that based on cereals; a deduction that reinforces the dental wear that is observed in almost all of them, as a result of the abrasion of the mineral remains that were mixed with the flours when grinding the cereal by rubbing stones.

It also shows that the incidence rates of caries, tartar, periodontal disease, and tooth wear in mummies are nearly identical to those in individuals with only the skeleton remaining. In these teeth, a different access to animal proteins is not appreciated; their diet was substantially the same.

“The mummified remains do not correspond to a different funerary ritual, but to a natural conservation as a result of the environmental conditions of the caves where they were deposited. These burial spaces facilitated a natural desiccation that leads to different degrees of preservation of the soft tissues and, in particular, of the shrouds “, defend the authors.

And they remember that the same degree of conservation has been observed in several caves on the island with other organic remains from pre-Hispanic times not subjected to any type of ritual preparation, ranging from cereals or vegetable fibers, to insects, such as some weevils that remained literally “mummified” centuries ago in barn-caves next to wheat or barley seeds.

In aboriginal society, they conclude, each person had their status, which could be manifested when dying in the form of a particularly striking tomb or located in a prominent place, but not in a more or less exclusive access to some type of rite that preserved the body for the centuries to come. Nature took care of it.