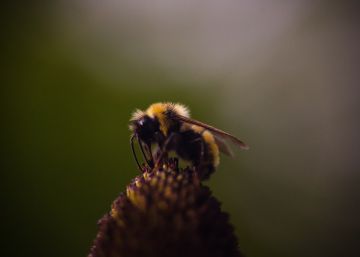 Psychologist Susan Blackmore once asked neuroscientist Christof Koch if his research on consciousness had changed him in any way, and Koch responded right away: “Well, I no longer have any bugs.” That was 15 years ago, and I remember my perplexity reading it in Blackmore’s book Conversations in consciousness (conversations about consciousness, Oxford University Press, 2006). In his studies of human consciousness and primates, which began with Francis Crick, co-discoverer of the double helix of DNA and the genetic code, Koch perceived that being aware depends at all times on neural circuits so short that they could very well fit In the brain of an insect. Read on Subject the state of the matter about the Koch dilemma: Should we step on bugs? Or more generally: To what extent is human consciousness human?

Imagine that a friend bandages your eyes and brings you a tray with three plastic objects. Just touching them, you guess right away that one is a sphere, another is an egg, and the other a cube. When, in the following exercise, the friend removes the bandage so you can see the objects, but without letting them touch you, you have no difficulty identifying them. What does that mean? It means that the brain circuits that interpret your touch and those that interpret your vision have to exchange their conclusions, and therefore those conclusions must be abstract knowledge, a type of neural network where, in our example, only geometry matters, and not the raw data that has led to it.

Your friend’s experiment means that your brain has formed an internal model of the sphere, the egg and the cube, one that is invariant with respect to the size, orientation and sensory modality through which your brain has penetrated. And that is the same talent that London researchers have now shown in the bumblebee, the voluminous and annoying cousin of the bee who usually takes most of the slaps in picnics. Bumblebees recognize various geometric shapes in the dark, and then know what they are without seeing them.

This is called intermodal perception, and it has been demonstrated in humans, primates, dolphins and other mammals, but now we know that we share that high brain function with bees, which have been 500 million years old – since childhood of animal life on Earth – evolutionarily separated from mammals and other vertebrates. Intermodal perception does not even show that bees are aware. We don’t even know what that demonstration could be. But that does not mean that consciousness is unknowable, but that our neuroscience is in prehistory. When we know which circuits make us aware, we will know if bees are too. Meanwhile, don’t step on any bugs.

* THE SCIENCE OF THE WEEK is a space in which Javier Sampedro analyzes scientific news. Subscribe to the subject matter newsletter and you will receive it every Saturday in your mail, along with a selection of our best news of the week.