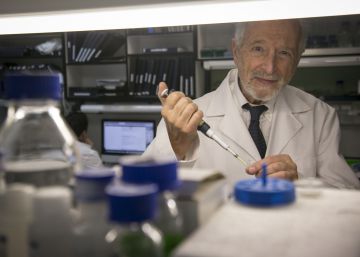 Luis Enjuanes directs the coronavirus laboratory of the National Biotechnology Center of the Higher Council for Scientific Research (CSIC), of international reference.

Question. Why do coronaviruses get so much attention?

Reply. Until 2002, when the SARS emerged, we only knew four that affected the human being. They are the ones that cause the common cold. The rest only made animals sick. But in 2002 the SARS emerged and in 2012 the MERS, which have caused more than 1,500 deaths.

P. And how is this possible?

R. Coronaviruses are RNA viruses, which change genetically every time they replicate. We talk about billions of variations of a virus. Sometimes two viruses mix. Others, the change occurs when a single virus is replicated, due to errors in the copy. The resulting viruses can jump from one species to another. With the SARS we saw that they went from the bats to the civets and in the MERS the intermediate species was the camel.

R. A communication [del viernes] points out that it is a recombination of a virus that circulated in bats and another unknown.

P. Didn’t they say snakes were the focus?

R. That was what they said, but there was no one who took a snake and found the virus in it. They are theoretical hypotheses that have not been endorsed. The transmitting species is still a matter of debate.

P. How can one of these changes turn a harmless virus for humans into a dangerous one?

R. The key is that viruses become recognized by human cells. They need to enter them to replicate. Many viruses can pass in front of a cell, but if their receptors don’t recognize them, nothing happens. Until there is one that fits and the receivers let you in. When there are billions of replications, this can happen.

Q.What impact on public health can the ability to mutate RNA viruses have?

R. There are two general rules in these cases. The first says that when a virus jumps species, it is not just well adapted. This causes an accelerating effect of the mutations until it optimizes their growth and multiplication, from which a slowdown occurs. This, a priori, would increase the danger of the virus. But there is another general rule and it is that when viruses reach a new species, they are more virulent at the beginning and over time they are attenuated. This happens because if they kill the person who acts as a host, they cannot be transmitted anymore. However, if they make her sick but not much, that person will continue with her life and spread the virus. The less virulent, in the long run, prevails.

P. Why is there no vaccine?

R. There could be, but it is not a simple process. Our laboratory, and others, have designed vaccines for SARS or MERS. Ours was the first in the world that in 2000 managed to establish a genetic engineering system that synthesizes these new viruses in the laboratory to eliminate or modify their genes, in this case remove the so-called virulence. Viruses kill because these genes inhibit the person’s immune response. By removing these genes, we attenuate them and an attenuated virus is a vaccine candidate. The viruses that we have attenuated for SARS and MERS have demonstrated both in our laboratory and in the US that offer 100% immunity in experimental models with mice.

P. And why haven’t they developed them?

R. Regulatory agencies in Europe and the United States impose very rigid criteria, which take several years, to demonstrate that these attenuated viruses are safe and safe. But in case of very serious epidemics these deadlines are shortened if immediate action is required. If the current outbreak worsens, the vaccine could be approved very quickly.

P. But do they already have the attenuated Wuhan virus? If it hasn’t been known for 20 days …

R. We have designed how to synthesize it in our laboratory. We had technology and accumulated experience. In our field, being fast is essential and we got to work immediately. We are already collaborating with US centers for its development.