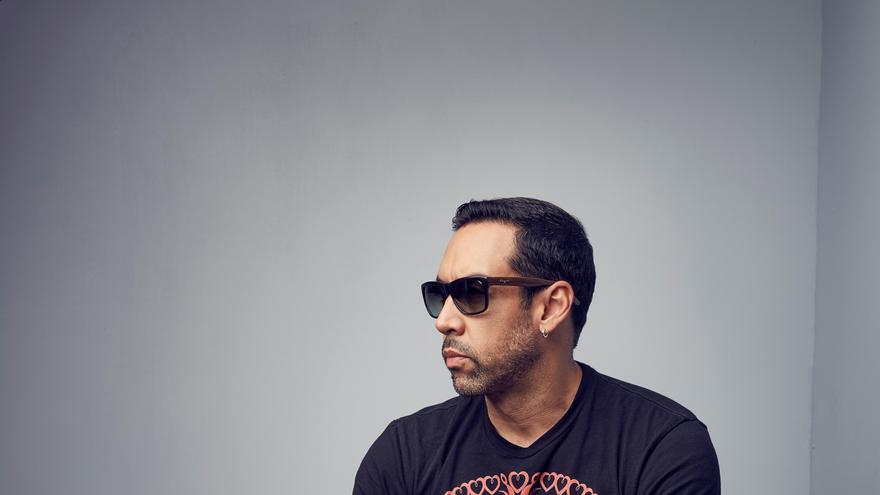 Vitoria, Jul 8 (EFE) .- Drummer Antonio Sánchez promises to waste energy at the closing concert of the Vitoria Jazz Festival next Saturday, July 17, thanks to the musicians who will accompany him and “a repertoire that lends itself to it” , a shock that the public “needs after being at home for so long.”

This 49-year-old Mexican musician, winner of four Grammys and headliner of the Vitorian festival, returns to the Basque capital to put the finishing touch to the 44th edition of a special contest that returns after last year’s break due to the pandemic.

On this occasion he will form a quartet that, more than a band, is a group of friends with Donny McCaslin on tenor sax, Miguel Zenón on alto sax and Scott Colley on double bass. “We’ve all played with everyone and this is a good musical promiscuity. I know that things work and that is why I wanted so much to have this group ”, he confesses in an interview with Efe.

It will be a meeting of very close artists on the stage of the Iradier Arena pavilion but with an important incentive, that of the public. “When you add the audience to the musical equation then everything changes radically, the energy, the intention and the context.”

In fact, Antonio Sánchez is clear that although during the pandemic all musicians have remained active, “when there is no public, the way of perceiving music changes radically because music is a mode of communication.”

“We are a little nervous, excited and now there is obviously more uncertainty,” he says about this European tour planned for last year but that truncated the pandemic. However, the itinerary has been maintained, something that has surprised the artist a lot “because each country has different situations, different circumstances, different policies.”

After some rehearsal after confinement, Antonio Sánchez found that “playing is like riding a bicycle” and he did not feel as “rusty” as he expected.

One of the most recognized drummers in international jazz does not miss the opportunity to raise his voice and comment on the political management that has been carried out with the pandemic.

“The politicians did not know very well what to do or what was happening and they began to make a kind of policies that in theory were for our good, but were completely contradictory,” he complains about the treatment received by musicians and everything related to culture and shows that involve meetings of people.

An unconditional follower of Basque food that he has tried on numerous occasions thanks to a maternal friend living in San Sebastián, he remembers the “good vibes” of the Jazz Festival and hopes to have changed “for the better” with respect to Antonio Sánchez who first arrived at the Vitorian festival, with more experience and now as the leader of the group.

The Mexican has gotten used to changing teammates and rotating with very different formations. “I am another Antonio Sánchez and that is what I think most jazz players are fascinated by,” he says.

The influences of this master of the drumsticks are very varied. “I started playing rock and roll and later that was transformed a little more into fusion, into Latin jazz and later into jazz,” explains this drummer, who has also drank from classical music after studying piano for four years at the conservatory.

“I love getting into researching different types of music and then mixing it all up and with each project I realize where I am at that moment in my life,” he reveals.

Ringo Starr, Charlie Watts, John Bonham (Led Zeppelin), Vinnie Colaiuta, Dennis Chambers, Jo Jones or Tony Williams are just some examples of influential drummers throughout his life, but the moment that changed his musical career was his participation in the soundtrack of the feature film Birdman.

“That was a quite remarkable ‘watershed’ in my career because my name began to sound in spheres where it had never circulated,” acknowledges Antonio Sánchez, who poked his head into the Hollywood scene, which made people able to locate him musically.

Despite having four Grammy Awards, he is not satisfied and admits that he would love to be nominated for a jazz album under his name, something that he hopes will happen “in the not too distant future.”

And it is that Antonio Sánchez does not stop investigating, mixing and closely analyzing other styles. “I like playing jazz more than listening to jazz because generally when I’m watching a jazz concert, all I want is to get on stage and play, but when I’m listening to other types of music, it’s not so much happening to me,” he says while recalling a U2 concert. which was attended by 55,000 spectators, who witnessed the great live performances of the Irish band.

“That fascinates me because as I started listening and playing rock I have always loved massive concerts,” he concludes, ready to inject strength and emotion into the closing evening of the Vitoria Jazz Festival together with the drummer and composer Anne Paceo. .

Tags: Antonio, confinement, drums, Energy, make up for, Sanchez, we will squander