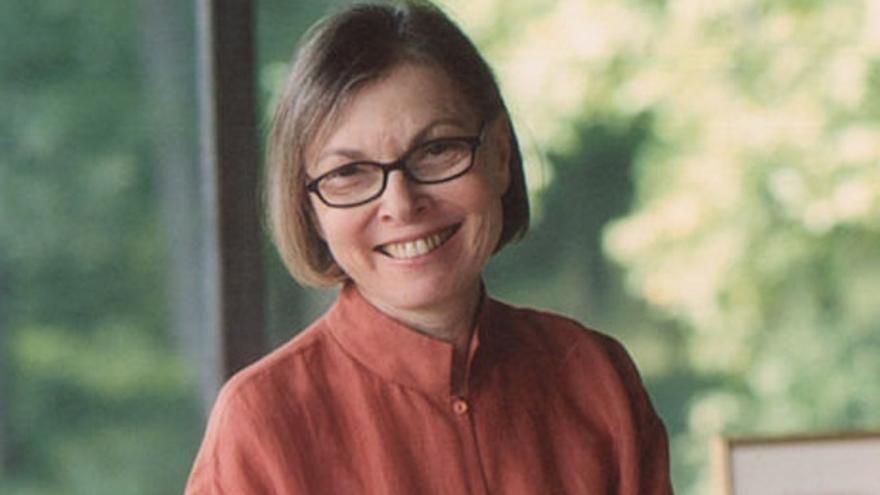 Ten years working in a publishing house specialized in journalistic texts They have taught me two things. The first is that I am an exceptional candidate when the media is looking for someone to write the obituary of a famous journalist for them. In this same medium I wrote Tom Wolfe's, and now you're reading Janet Malcolm, a journalist who was born in Prague in 1934, who started writing in The New Yorker in 1963, who published his last article in that medium two years ago and who died this week in New York at the age of 86 from lung cancer. And the second thing I've learned over these ten years is that journalists are passionate about quoting Janet Malcolm.

This is no exaggeration. Without going further, the penultimate translation that we publish in Libros del KO. it contained a quote from Janet Malcolm. And it is not the only one in our catalog. And let's not even talk if we count the manuscripts that frequently arrive in our mailbox. Perhaps her most repeated quote - you will find it in almost any obituary of the author, and this one is not going to be less - are the first lines of The journalist and the murderer (1989), a book that deals with how a lawyer takes advantage of the trust of his client, something that Malcolm relates to the conflictive relationship between the journalist and his sources: “Any journalist who is not too stupid or too conceited not to notice what his activity entails, he knows that what he does is morally indefensible ».

And no wonder it has become such a recurring appointment. Read it again. Behold what quote! There are 26 words with the exact proportion of introspection and paradox. It is a date that, if you are a journalist, will have made you hit a boat on the sofa and then it will have caught in your stomach. I openly confess that I find it exaggerated (although I do not rule out that I am too stupid or conceited a person), and that in my opinion that also explains part of its success. There is an inalienable point of exaggeration in the most recurrent quotes. But, in any case, it places us in front of one of the constants in Janet Malcolm's work: the severity of her judgment towards her profession and towards herself.

That she talks so much about her profession and literary activity is undoubtedly one of the reasons that Janet Malcolm quotes are so popular with journalists. Because journalists are deeply self-referential. "Journalists love each other as members of a family, in their case a kind of criminal family." Wow, it happened to me again: I quoted Janet Malcolm.

But we'd make a mistake if we encapsulated Janet Malcolm in her own dates. He spent more than half a century writing, and among his most recurring interests he explored trials, artists, and psychoanalysis. One of his most beautiful texts is «Forty-one unsuccessful attempts», An article published in 1994 —and included in a book with the same title- in which the journalist compiles the forty-one unsuccessful attempts to start a profile of the painter David Salle. If we strip it of its literary exercise wrapping, the text perfectly describes the worldview of the person portrayed. Which is what, after all, we ask of journalism: the exact proportions of communication and knowledge.

And I think this is what to look for when you read Malcolm, beyond his quotes. In a moment of the trial that narrates in Iphigenia in Forest Hills (2011), the journalist reproduces the following words of a lawyer named Stephen Scaring: "Daniel's father is an amateur actor, and we all know what actors do: invent." And Malcolm herself corrects him next: “This statement is absurd; the actors don't invent anything, they just stick to the script. It was Scaring who was making up. If there is a profession (apart from that of a novelist) whose task it is to invent, it is that of a defense lawyer. At the same time that she reflects on her profession, as we see, Janet Malcolm unmasks her surroundings. "Human fragility continues to be a bargaining chip and evil, the impulse that animates the journalist," he writes in that same book, putting his already known severity at the service of knowledge.

Perhaps Janet Malcolm sometimes falls into self-referentiality and strays too far from what the French philosopher Pierre Zaoui advocated: taking a step back to "allow the free circulation of roles, forms and fortunes." But I also think that, as journalists, we have to keep quoting Malcolm. First, because he belongs to a generation of journalists who made their way into a tremendously masculinized world, such as Gloria Steinem and Joan Didion, among others. And also because quoting it is a way to lower our fumes and unmask the lies that we so often tell ourselves. And also those that come to us from outside.