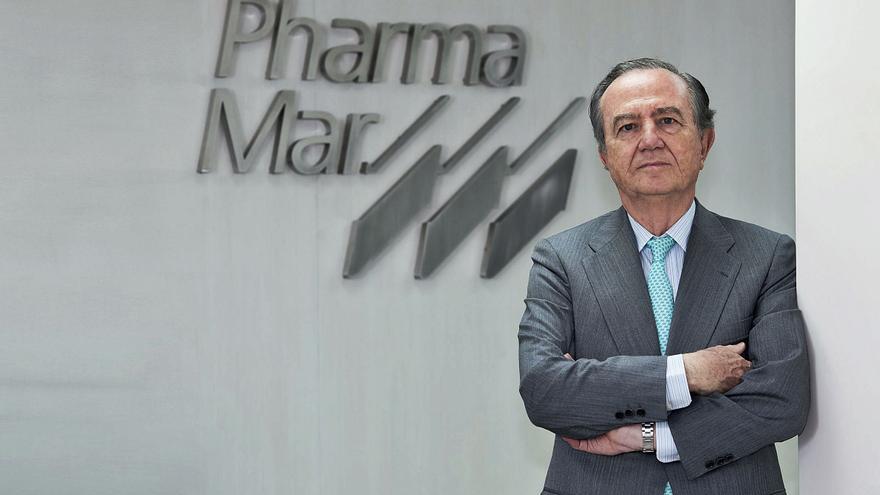 In what stage of development is Aplidin?

We have already started phase 3, which is the last one before approval. This phase 3 is going to be done in several countries, European and American. Our ambition would be to have everything recruited by the end of the fall. But of course, it depends a bit on the incidence, on how it evolves.

How is the range of countries that will participate in this trial selected? Do you do it?

We designed a study, which has 606 patients. To recruit quickly, you have to open centers in several countries, you have to hire companies called CROs (Contract Research Organization), which are responsible for providing hospitals that can quickly recruit those 606 patients . In Spain we intervened, because we have told the CRO that we wanted the hospitals that had participated in phase 1 and phase 2 of the study to be present, and we have added more centers. I think that, in total, in Spain there are going to be about 20 hospitals.

Do you foresee the commercialization phase of Aplidin for 2022 or have the forecasts changed?

That is an estimate, derived from the fact that we plan to terminate the recruitment at the end of this year and then have the data analysis in the following months. And, if they are positive, as we hope, submit a registration dossier in those territories where we want to register it, and that takes a few months. So it is difficult to think that everything is by the end of 2022.

What is the selection criteria, based on what parameters do these people choose?

Aplidine is a very active compound in Covid-19. In fact, probably the best reference would be to speak to COVID patients who have been treated with aplidine. But, for the Phase 3 study, we have selected the most homogeneous population, which are hospitalized patients with moderate disease and on oxygen, with bilateral pneumonia. But that doesn't mean that aplidine only works for those patients. We have seen, in the phase 1 and phase 2 study, that there is also very good activity in mild patients and in severe patients.

And are they going to test it on this type of patient?

There is another study that we are negotiating, with Dr. César Carballo and with the Spanish Medicines Agency. In this case, it is to treat patients who are not hospitalized, in patients who are called paucisymptomatic, with very few symptoms. The treatment is a single dose of aplidine to eliminate this virus, which is tremendous because it leaves many sequelae, and eliminate it as soon as possible, since that eliminates enormous risks to the patient. It is already in the final phases, I believe that Dr. Carballo will soon be approved to start another study, which will be phase two.

Aplidin was developed as an antitumor. Will they now focus on its qualities as an antiviral, or will they maintain both therapeutic approaches?

They are compatible. We have now seen aplidine's potential as an antiviral, which is probably why the marine invertebrate where we found it had aplidine. Where there are more viruses on the planet is in the sea: in every milliliter of water there are ten million viruses, and we think that these marine invertebrates have an antiviral because it gives them an evolutionary advantage. If you have a defense against all the viruses around you, you will be better equipped to survive. This has led us to think that we, who were focused on PharmaMar in the search for antitumor drugs of marine origin, consider that antivirals were worth looking for. We currently have the largest collection of samples in the world, 250,000.

How was the time to decide, we are going to test aplidine against Covid, an unknown coronavirus?

As you know, we are focused on cancer. We started our research on marine drugs to treat cancer, and there we found aplidine at the time, as we had previously found Yondelis or Lurbinectedin. But last year, with the arrival of Covid-19, and because we had also received very important income from the Jazz Pharmaceuticals agreement for our lung cancer product, we thought: well, maybe we have some antiviral. We knew we had antivirals, what happened is that at that time we were not dedicated to them. Of all the antivirals we knew we had, we decided to go for aplidine.

For one reason, and that is that everything about aplidine was already known. It was tested as a drug in Australia for cancer treatment, and we thought development would be very fast. Our surprise is not to see that aplidine was antiviral, that is something we already knew, the real surprise was to see that it was the most powerful antiviral that has ever been described. And this is not because we say it and that's it, it happens that everyone who has had the opportunity to try aplidine against any antiviral, has always seen that aplidine has won, but by a landslide.

And what happened next? I remember talking to its CEO, Luis Mora, almost a year ago, and they were waiting for a response from the Government.

When we proposed this study to the Spanish Medicines Agency, unlike the treatment it has given to multinationals such as Remdesivir, which was not approved at all, it authorized them in five days. It took us 40 days to get the authorization, and it made us start from scratch, as if nothing was known about aplidine. We have probably suffered a year late, but we are very confident because we have the most powerful antiviral that exists and it will only be a matter of time before we can prove it.

What explanation do you have for this way of proceeding?

For me no, I tell you sincerely, it has no explanation, it has no logic.

What production capacity do you have?

It is a long process because there are 29 synthesis stages, but we have it underway. We are investing about 11 million euros in guaranteeing a minimum production, at the expense of being approved. So we have made a risk decision.

For the layman, as is my case, and despite all the success story of PharmaMar, this of finding solutions against cancer or Covid in the sea continues to have an exotic point.

It makes a lot of logic, because if you have 10 million virus particles in a milliliter in the sea ... that a milliliter is half the fingertip! The sea is plagued with viruses, and perhaps those of us in the pharmacy sector do not realize it. But there in areas of Spain like Vigo they have aquaculture and the food sector, there are many marine invertebrates and non-invertebrates that are suffering billionaire losses because viruses are destroying crops. With prawns there are three or four viruses: the white spot causes white spots, and the yellow head leaves them yellow. That, that to speak only of the prawns. Then you have the viruses in salmon, turbot or oyster crops, with the same problems. There are many viruses that are affecting aquaculture with billionaire losses. On land, except in animals that can be reservoirs for viruses, such as bats, there are usually none.

We have just heard the case of a Spanish doctor in Neurosciences, who has decided to leave research due to lack of job opportunities. What do you think when you read or hear about these types of cases in our company?

I have been saying the same thing for forty or fifty years: you have to investigate, in our country you have to investigate. If you do not investigate you are not investing in the future, and if you do not invest in the future you will not have it. Of course, we have investigated like the most during all these years, and also with success, because today we have three antitumor products on the market, but it has cost us a lot of money. And some displeasure than another, because not all the investigation has a guaranteed exit result. But I think that, if you look at it, the most advanced countries are the ones that are more committed to research: the United States, Switzerland, the United Kingdom, Germany, Japan ... They are an example.

Has the Covid taught the importance of investing in research to the administrations?

Time will tell. Of course, what has happened with COVID-19 should make the authorities of our country reflect, that the bull cannot catch them again. There is a book by one Osterholm, called The Deadliest Menace, that I highly recommend. It was published a year before the arrival of the Covid, and there it clearly stated that it was not known when, but that a virus was going to come that was going to cause a tremendous pandemic. "We have had SARS 1 and MERS (Middle East Respiratory Syndrome), and nobody tells us that another is not coming, it was this one." He says in his book that you have to do your research and be prepared. This time there were no masks. There was nothing. There were no respirators. There was nothing.

They have recently returned to the Ibex, but their path has been complex. Is there more trust, stubbornness, faith ... in PharmaMar?

I believe that something very important, very important, is to persevere, especially in a research company like ours. You are not guaranteed the result of all the research we do, but there is a statistical ratio: if you do it right, something will turn out right. And, in our case, now we already have three products on the market and the company is growing, we are expanding our facilities, we are also betting on antivirals, which is why I think the company is now at a very solid level.