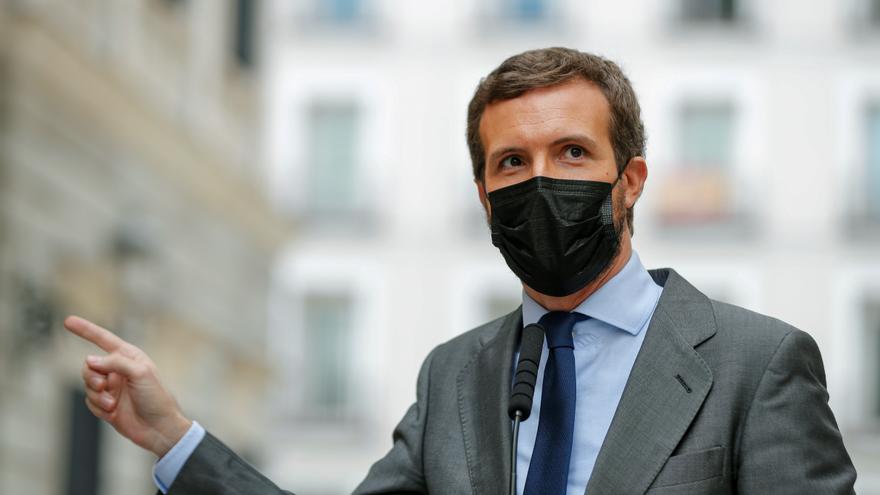 The president of the Popular Party, Pablo Casado, has considered this Monday that King Felipe Vi has greater democratic legitimacy than the coalition Government of PSOE and United We Can and that, specifically, the second vice president, Pablo Iglesias, and the minister of Consumption, Alberto Garzón.

“We Spaniards vote Felipe VI, Garzón and Iglesias not, since Sánchez promised in the campaign that he would not agree with them,” Casado assured during an interview on Onda Cero. “It is a great cowardice, on a personal level, that Sánchez does not show his face to defend the King and constitutional unity,” added the leader of the PP.

In addition, in the midst of a political brawl between the progressive government and the Executive of the Community of Madrid over the measures to deal with the pandemic, Casado has sided with the Madrid president, Isabel Díaz Ayuso, accusing the chief executive of Pedro Sánchez, to give “instructions to attack Madrid” both to the Minister of Health, Salvador Illa, and to the director of the Center for Health Alerts and Emergencies, Fernando Simón.

Casado has come to ensure that the central government acts “with a political and not scientific motivation” in its vision of the restrictions in the Community of Madrid. “The Government is interested in putting the Community of Madrid in focus,” said the leader of the PP, who has considered the technicians who advise the Ayuso Government to be better than those with whom the central Executive works.

In the double discourse that has characterized the president of the PP in recent weeks, Casado has vindicated at the same time “objective criteria and for all” when taking measures against the pandemic in the different autonomous communities, and “not in any way supervening for a territory “, and has asked to take into account” demography “and the” effect of the capital “of Madrid.

“We want the Government to coordinate a response for all of Spain. A national legal framework. We need the quarantines to be effective and not to make a total blockade, because it would be ruinous,” he insisted. “The epidemiological criterion has to be the same for all of Spain,” he remarked, in the same vein as the Government of the Community of Madrid, whose measures, Casado said, “are on the right track.”