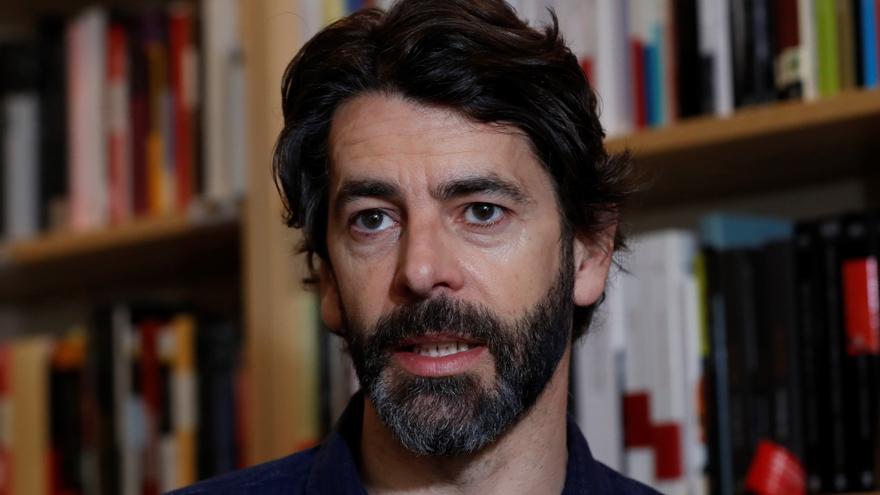 Zaragoza, Apr 7 (EFE) .- The actor Eduardo Noriega acknowledges that movies or series are no longer “savored”, but rather are consumed “voraciously”, something that does not favor auteur cinema and the more personal works that are they come out of the majority trend.

Noriega hopes that “Roma”, by Alfonso Cuarón, or “The Irishman”, by Martin Scorsese, are not “great exceptions” and that there is “room for everything” on platforms such as Netflix.

In a conversation this Wednesday with the journalist Luis Alegre, coordinator of the film series “The Good Star” at the University of Zaragoza, the actor said that the pandemic has not given “a fatal blow” to theaters, but it has hurt them .

“People who did not know them have turned to platforms and many will never leave them, but I think platforms and cinema can coexist,” continued Noriega, who encouraged us to enjoy the theaters again, a ritual that includes “Have a beer afterwards and talk about the movie.”

Noriega can now be seen in theaters with “The Translators”, a psychological thriller by Frenchman Régis Roinsard in which the editor of a bestselling writer introduces nine professionals to a bunker to translate in record time his latest novel and avoid a possible leak that ends up taking place, despite all precautions.

The director of this film is a “film enthusiast” who practices the profession with “almost childish enjoyment” and who even sent each of the actors from different countries who played the translators a twenty-page manuscript of that supposed best-seller for each one to translate into their own language.

Today’s colloquium also spoke of “Thesis”, Alejandro Amenábar’s debut, a film that will be twenty-five years old on April 12 since its premiere and which put Noriega, in the words of Alegre, “in the forefront of Spanish cinema” .

For Noriega, “Thesis” and “The day of the beast”, by Álex de la Iglesia, were two of the great representatives of a “new cinema” and of a generation “that breaks with the previous”.

“Amenábar wrote it when he was 22 years old and directed it when he was 23, in addition to composing the music: it is something really incredible for Spanish cinema and for any cinematography,” he said.

As Alegre recalled, before his rise to fame with “Tesis” (1996) and “Abre los ojos” (1997), Noriega formed a group with Fele Martínez, Mateo Gil, Carlos Montero and Amenábar himself with whom they made their first shorts, barely 20 years old.

“We were very few,” Noriega recalled, “four or five.” “Alejandro’s mother made the sandwiches and we took it super seriously: we were shooting in a forest in Paracuellos de Jarama and we said:« Silence, shooting! ». We were like children playing at being adults in the cinema, and that alone it shows the love we had for the cinema and the desire we had to learn, “he continued.

Despite the years in the trade, Noriega acknowledged that he continues to think about that youthful emotion and that he keeps it in mind, although it is impossible not to change the perspective because, “unless you are a hamster in the wheel, it is impossible that the wheel does not affect “.

“But when I opened a script this afternoon, I approach it as a great illusion. I am very aware of how difficult it is to make a film and that someone thinks that you can play a role there, and I value it very much,” he continued.

But, he added, “you always have to keep rowing” because acting as an actor is a “long-distance career” in which one “does not stop training and growing” while waiting for “very great roles that are yet to come.”

Cervantes Week celebrates Brines without award ceremony and many events

Encuentros is born, a new space for the promotion of Ibero-American cinematography