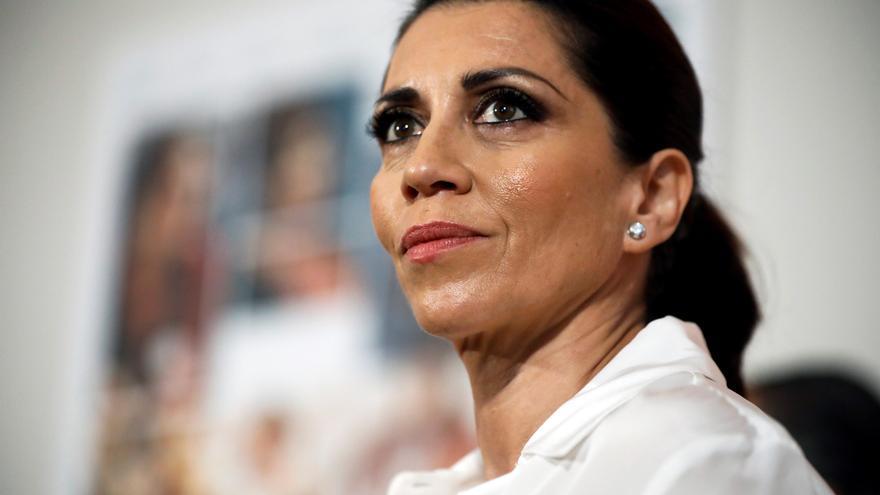 Logroño, Apr 16 (EFE) .- The actress Alicia Borrachero has told Efe that, in the current times of pandemic, people need theater because it is “an experience in community” and, in addition to seeing a live performance, ” there is something that has to do with communion with others “.

Alicia Borrachero (Madrid, 1968) has been able to experience this sensation thanks to her role in the play “Las criadas”, by Jean Genet, which arrives tomorrow, the 17th, at the Breton Theater in Logroño, covered by Paco Bezerra and directed by Luis Luque.

The tour of “Las criadas” is, according to the actress, “a precious experience with the public”, who thanks the interpreters for doing theater, and, in turn, the actors thank them for coming to see them perform, since “The theater is union and, at this moment, it makes a lot of sense and it is being restorative.”

He explained that being able to perform a play in different theaters in the midst of a pandemic is “a privilege and it is also very rare. It has been difficult to rehearse with a mask because this show has a lot of text.”

“Nor did we know if we were going to release or not because the day we premiered, perhaps, they closed us. This has made us be very present and highly value the luck of being able to do theater,” he indicated.

The theaters, he continued, “do what they can and there is a lot of love and passion in the municipalities, which fight because the spectators who have hired a play can continue going, or, if not, to be able to relocate them on another date, or change the schedule, everything except suspend. ”

He has insisted that he wants us to “come out with more awareness of the importance of the union.”

Borrachero, in “Las criadas”, premiered in Paris in 1947, plays Solange, one of the leading sisters, whose work gives the play its title and who “have many circumstances in common, but they are people who have not had a family, that it is intuited that they have not had affection and that they have been alone “.

It is the story of two sisters, Claire, played by Ana Torrent, and Solange, who are the servants of a lady of the French gentry, a role played by Jorge Calvo, and “every night, they initiate a perverse ceremony, a ritual where reality and fiction are mixed in a dangerous game of identity change “.

“Curiously, in these times of pandemic, we are verifying that this function makes a lot of sense,” he added, since “we are talking about beings that live in cages, try to find a way out and cannot, in a work that has something suffocating and cold”.

At one point in the performance, he specified, a character says “we have to laugh and sing because, if we don’t, we will have no choice but to throw ourselves out the window”, and, at the current moment, “we have to laugh , sing, see the good and have hope. All this pandemic situation makes this function, at this moment, even more valid. ”

The actress has mentioned, among her next projects, the premiere in Spain of a series “The Devil’s Clocks” that has been shot in Italy and where it has already been seen. The story is written from a novel that, in turn, is based on real events, and in which she plays the Spanish “head of drug trafficking.”