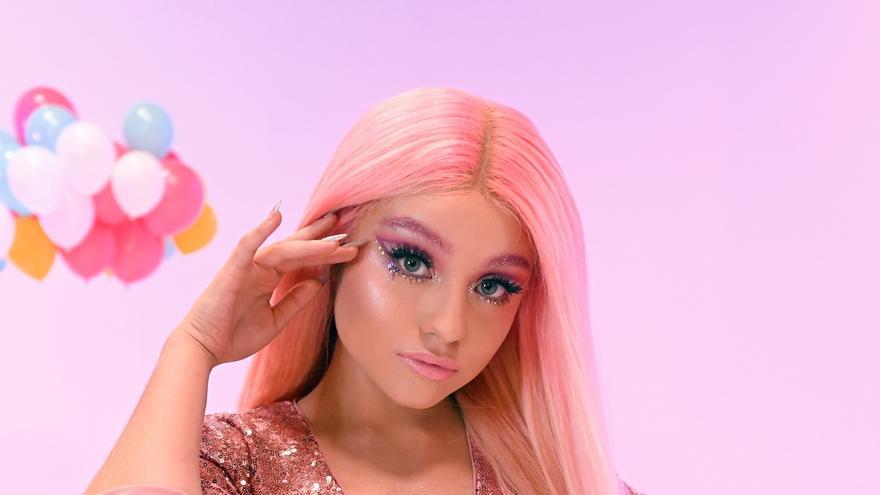 Mexico City, Jul 13 (EFE) .- Karol Sevilla has proven to be more than a “Disney girl”, although this year she has once again starred in a new story of said firm in which she shows a new musical stage by taking advantage of “the wave “of success that accompanies it.

“You have to take advantage of this moment of the wave to jump in and see where it is going to throw you,” says Sevilla in an interview with Efe about the decisions he has made about his career.

The most recent is his return to Disney with “Always was me”, the first Disney Plus series for Latin America in which suspense is explored and with which he resumed acting a few months after announcing that he would put all his attention on the music.

“I read the character and he tied me up, it is a completely different challenge to what I have done, especially to ‘Soy Luna’ (2016), I feel very proud to be Mexican in this project and to put the name of the country high,” he says singer.

The suspense and mystery series is the first that the Disney Plus streaming platform carries out in Latin America and was recorded in Colombia.

Seville returned to music months ago with the promise of showing a “new” Karol, bigger and with more personality, and it was the single “Your kisses”, with more than 6 million reproductions, the song that championed this proposal.

“No one understands you” is the second single from this project that the young woman born in Mexico City shows and on this occasion Karol was able to experiment not only with her sounds, but also with her physical appearance.

“It was a very big challenge, it is a quite ‘crazy’ song, I went out of my comfort zone again. Visually it is very colorful, a bit bipolar because it handles many of my everyday personalities,” he says.

The video that accompanies the song was inspired by the aesthetics of K-Pop, of which she confesses herself a follower, and in it you can see the singer dressed in pastel colors and with various striking aspects that go from white hair to pink with makeup of fantasy.

“From the first moment I entered the studio and saw the set, the dancers, the wigs arranged and the costumes, it caught my attention and I enjoyed each transition,” says the singer, who confesses that she was afraid to see the final result .

However, the finished product “exceeded his expectations,” for which he is grateful to the entire team that accompanies it.

In her videos, a fundamental part is dancing, since the protagonist of “Soy Luna” has been dancing since she was 6 years old and, although she doesn’t currently take classes, she hopes to be able to resume them soon.

“No one understands you” was written by Juan Pablo Villamil de Morat and, although Seville has not had the opportunity to meet him, it recognizes his work and hopes that very soon they will be able to compose a song together.

“I have just returned from Colombia and I am taking up the whole subject of composition, I have already recorded two more singles and we hope to release singles every two months,” says the actress happily.

Karol feels satisfied with what she has achieved and is sure that her audience is enjoying it just like her, so she continues to work for her followers.

“I feel that they see a bigger Karol, much more woman, which is what we wanted to achieve with this new stage and people have accepted it very well and it is very nice to see their support,” he concludes.

Tags: karol, moment, Seville, success, there are, to take advantage of, wave