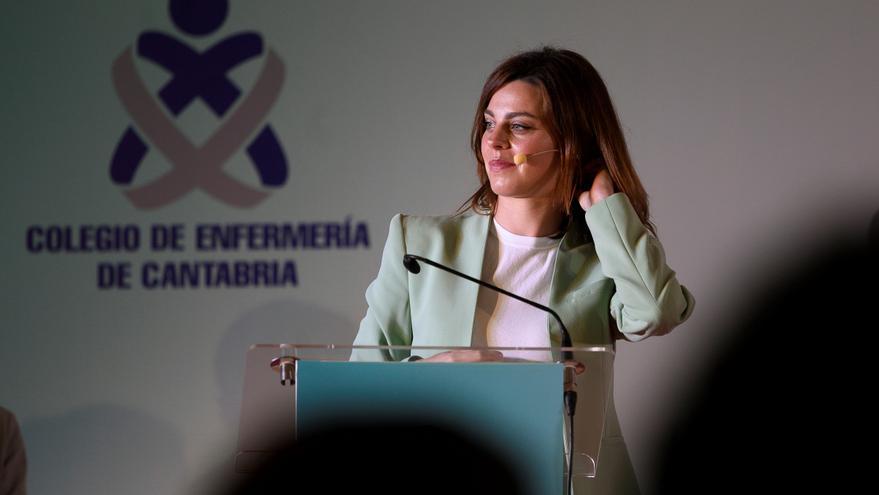 Torrelavega (Cantabria), May 15 (EFE) .- Actress Clara Alvarado, who also works as a nurse since the pandemic began, has defended this Saturday that it is time to achieve “that the nurse brand is valued, with letters capital letters and of a huge size “.

“The road has not been easy, we are tired, but our work has served to give visibility to our nursing strength,” said the actress from “La casa de papel” and a nurse, now part-time, in a hospital in Madrid.

Clara Alvarado has participated in an event organized by the College of Nursing of Cantabria at the CNFoto de Torrelavega, to celebrate the international day of the profession, 2021 and 2020, which was suspended due to the pandemic.

“It is one of the most necessary and most beautiful professions and it has changed my life,” said this artist, who studied Nursing at the Complutense University but did not practice until, in March 2020, she decided that she could not “stay at home, “he sent resumes to hospitals and they responded the same afternoon.

She went to work on March 25, at the Hospital de la Paz, “without having previous experience, surrounded by a totally overwhelmed team, without knowing how to deal with the situation.”

“But thanks to that nurse strength, that passion, we went ahead, in quotes, because we have left a lot behind too,” he told the 300 guests who attended the event.

Clara Alvarado continues to work part-time at the hospital, making it compatible with filming and her music group, but she decided to move on because she felt that it was a vocation, that she is a nurse. “And it is what I can feel most proud of today,” she confessed.

During the event, the gold and silver badges were given to retired professionals in the last two years in Cantabria and to those who have reached 25 as collegiate members, but not the Professional Merit Medal, which recognizes one of them at the proposal of their companions, because it has been awarded to all for their effort during the health crisis.

It has been announced by the president of the collegiate entity, Mariluz Fernández, who has underlined her commitment to putting this group in “the place it deserves” and to unite the 5,000 professionals of Cantabria, who are 1 percent of the population of the region, has highlighted.

The Minister of Health of Cantabria, Miguel Rodríguez, believes that it has been “a well-deserved recognition to some people who worked at a time when there were no limits and who gave everything for the nursing profession.”

In addition, he has announced that the Ministry of Health also wants to have those who are no longer active in the final stretch of vaccination and is going to offer them to be hired to participate in the campaign.