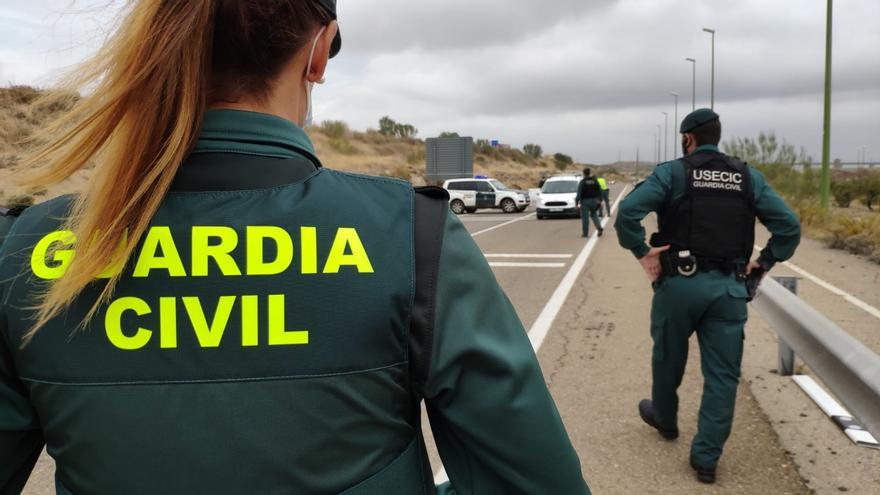 Control of the pandemic is not achieved

Given the upward evolution of new infections, the accelerated increase in mortality and the continuous growth of healthcare pressure, there is not the slightest doubt that the necessary and urgent public health measure in Spain is to decree home confinement and avoid collapse health services.

The Plenary of the Interterritorial Council of the National Health System will have to assess this decision this Wednesday with all objectivity, taking into account that, although the measures adopted in the state of alarm decree approved by the Government on October 25 are more restrictive than those adopted until then, the objective of bending the curve and avoiding healthcare collapse is not being met. And if for this it is necessary to decree a new state of alarm, it will be necessary to do so.

The numbers speak for themselves. In the last two weeks, 228,208 new cases have been diagnosed, which gives a very high accumulated average incidence rate of 14 days (485 per 100,000 inhabitants), one of the five highest in Europe. The positivity to the PCR tests performed is 13.8%, more than 2.6 times the threshold that the WHO sets to consider that transmission is controlled. There are more than 18,000 people hospitalized and around 2,500 ICU beds occupied by patients affected by COVID-19. This implies that 14% of hospital beds and 27% of ICU beds in Spain are occupied by a single pathology and stop accommodating other patients who require it. And, as if that were not enough, there have been 857 deaths in the last week

In fact, the growth of the incidence and of the hospital pressure that some territories present are leading to the fact that in many places areas usually dedicated to general hospitalization and intermediate care are already being expanded and equipped for intensive care, reopening services and closed plants or preparing possible field hospitals and hotel medicalization. This is the case of Granada, Seville, Melilla, Ceuta or Asturias, to name a few examples.

With the current level of growth in new cases, it can be predicted that in the coming days and weeks the hospital pressure will increase and health services may collapse in some territories. If this continues, if more drastic measures such as home confinement are not taken, we will have a truly catastrophic situation within a month, not only in incidence levels but above all in care overload and number of deaths from Covid-19. Furthermore, our excess mortality from all causes, the highest in the European Union at the moment, will continue to grow. In this sense, it is worth making some tentative projections that can help us understand the seriousness of the problem.

ICUs and hospital wards will continue to receive cases

At this time, around 5% of the newly diagnosed cases are hospitalized and 7% of those hospitalized are admitted to the ICU. If both new cases and the severity required for admission to the ward or ICU were kept constant, the number of new infections in a month would be 460,000 people. This would lead to 23,000 more hospitalizations and around 1,600 additional admissions to the ICU, which would mean an increase in the mean healthcare pressure of up to 47% of hospital beds and 44% of ICUs. A truly alarming situation due to the enormous consequences it would entail and which must be avoided under any circumstances.

Countries such as France, Germany, the United Kingdom, Austria, Italy or Portugal, with their top leaders at the forefront, have decreed new home confinements in situations similar or even less severe than those in Spain. It should be noted that these confinements are more temperate than those experienced in the spring since they maintain activity in school classrooms, secondary schools and universities, something that will have to be evaluated in detail to generate evidence on infections and their potential ability to irradiate to the community in these areas and, depending on the results, it will be necessary to assess the need to also decree the partial or total school closure in the future.

Similar approaches begin to suggest from various political and health authorities in places such as Asturias, the Basque Country, Andalusia, Castilla y León and Melilla, which state that they are considering the need or the possibility of articulating the necessary measures for home confinement. And they have asked the Government of Spain to do what is necessary so that this has the legal backing that is required.

Asturias announced on Monday, November 2, more restrictive measures and has asked the State government for the necessary legal umbrella to be able to carry out home confinement. In the meantime, it has chosen very wisely to restrict economic and commercial activity to the essentials, to virtualize university education, to give the character of mandatory provisions to what were previously recommendations, and to implement measures similar to phase I of the de-escalation.

The reality of the pandemic and the enormous healthcare pressure cry out to take the step towards more decisive measures such as home confinement and the sooner we do more suffering and more deaths we will avoid.

Home confinement can be done in certain territories

The best answer is home confinement with a duration similar to that in neighboring countries, taking into account that it is possible to apply it exclusively in territories with high risk of healthcare collapse. As we pointed out in our previous platform, the Interterritorial Council should consider this measure in those Communities with incidents of more than 250 cases per one hundred thousand inhabitants in the last two weeks, which is the maximum alert level established at the traffic light of the European Center for Control of Diseases, that is to say, at the moment, all except the Canary Islands, Balearic Islands, Valencia and Galicia.

We cannot accept that weeks will come with incidents of this magnitude and more than 150 deaths a day as if that meant a triumph or a certain “stabilization” of the pandemic. In our opinion, the State health authority and the Interterritorial Council, at their meeting on Wednesday this week, should agree on urgent measures of home confinement for 15 days to stop the pandemic and prevent the collapse of care. And this should be followed by the declaration of a new state of alarm that makes it possible. Not doing it is like trying to cover the sun with a finger.

Rethink the strategy, direct and coordinate

The current situation requires a rethinking of the global strategy, strengthening co-governance from the Interterritorial Council itself and, where appropriate, also from the Conference of Presidents. We also reiterate the need to reinforce the legitimacy of decisions with a scientific advisory committee.

In addition, the need to prepare adequately for the following months and avoid a third wave also implies a profound rethinking of the strategy to strengthen the health system with specific indicators and resources for epidemiological surveillance and tracking tasks, as well as the provision of more professionals in primary care. This must be accompanied by a solvent action in the care and protection of the elderly and disabled in residences, where outbreaks have increased.

This pandemic has chapters ahead of it until effective treatments and / or vaccines are available. But given the imminence of the healthcare collapse, we must act now, which means activating home confinement and declaring the state of alarm that makes it possible.