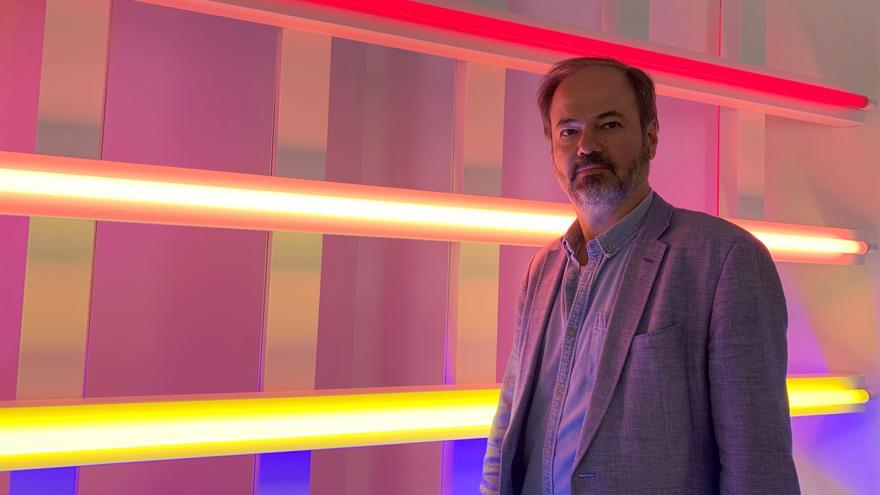 Mexico, Sep 11 (EFE) .- For the Mexican writer Juan Villoro, Mexico today is experiencing a moment of blindness but, unlike other times of crisis in which people trusted utopias, no light is now seen of hope.

“We are living in a moment of blindness and there is no light at the end of the tunnel, at least not clearly,” said this Saturday in an interview with Efe Villoro, one of the most recognized Spanish-speaking authors.

The winner of the 2004 Herralde Prize, has just released his new novel, “The land of great promise”, published by the Ramdom House publishing house, whose main character is a documentary maker who grew up in the 60s and 70s, at times tough, but with hopes to cling to.

“The protagonist of my novel, Diego González, belonged to that generation that believed in the hippy utopia back to nature, the psychedelic utopia of expanding consciousness, the socialist utopia of a world of fraternity and equality. Those illusions were defeated and he has an inability to relate to a world in permanent crisis “, he assures.

González is a documentary filmmaker who talks in his sleep, married to a younger woman, a sound engineer, who tries to decipher her husband’s dreams. The work is a metaphor for the Mexico of today, with corruption and traps in which an innocent turned guilty can fall.

“To document an adverse, violent reality, Diego goes to the hot land of Michoacán, is with the Lacandones in Chiapas and interviews a drug lord. There I wanted to reflect on how far we control our testimony, how far we are being spokespersons (spokespersons) of other people’s wills, to what extent, when documenting something, we are transforming ourselves into informers, “he explains.

Monica, the documentary filmmaker’s wife, belongs to a generation that has only known the crisis, a world without hope, that is not going to change in one fell swoop. As a consequence of his passage through life, he accommodates himself better in the circumstances, not with conformity, but knowing that he can transform something small.

“The novel puts in tension the desire to change the world and the desire to correct it a little, which perhaps is more practical. I don’t think this is the time to propose a radical change in Mexico, but small changes that can make this better. One of them is the judicial system, the purging of judges, with a more active Supreme Court. ” asserts.

THE MEXICO OF CONFLICTS

In relation to the journalist Adalberto Anaya, who in his eagerness to denounce the truth falls into conflict with the filmmaker, the narrator reflects on the fact that in Mexico geography is learned with tragedies and one learns names like Ayotzinapa, Tetelcingo or Acteal, for crimes in those sites, a painful reality.

“Many people did not know where Ayotzinapa was and it became a reference after the forced disappearance of 43 students. Nobody spoke of Tetelcingo until the mass graves that were discovered there, the same Acteal, in Chiapas, which made the news for the murder of defenseless people, “laments Villoro.

With a language that includes short, poetic and forceful sentences, during 446 pages, the novel maintains a tension, while Diego, who emigrated to Barcelona, ​​shouts his dreams. The man travels to Mexico because the police are looking for him and there the sewer of corruption and the fissures of the judicial system are uncovered.

Writer of chronicles, short stories, essays, children’s literature and theater, as a novelist Villoro needs time to close his stories. That explains why he wrote “The Land of Great Promise” in different parts of the world: Italy, Spain, Argentina, Colombia and San Francisco, among them.

“I can not write a novel at once. My previous work in this genre had been published nine years ago and the first text that was giving rise to this novel until now, at least six years have passed,” he reveals.

He is a specialist in short stretches, short stories, novels, essays, which from time to time tries to compete against himself in the long distance: the genre of the novel.

In the first one he wrote, “The argon shot”, the surgeon Antonio Suárez, when extracting a cataract, said: “We have light”, something that perhaps can be related to Mexico today, if the country is seen as a short-sighted patient.

“Dr. Suárez, who operated on cataracts, made people see again after the operation,” recalls the author when referring to his novel from thirty years ago and leaves an idea in the air: Mexico needs light.

Tags: blindness, final, Juan, Light, moment, no, there are, tunnel, village, We live