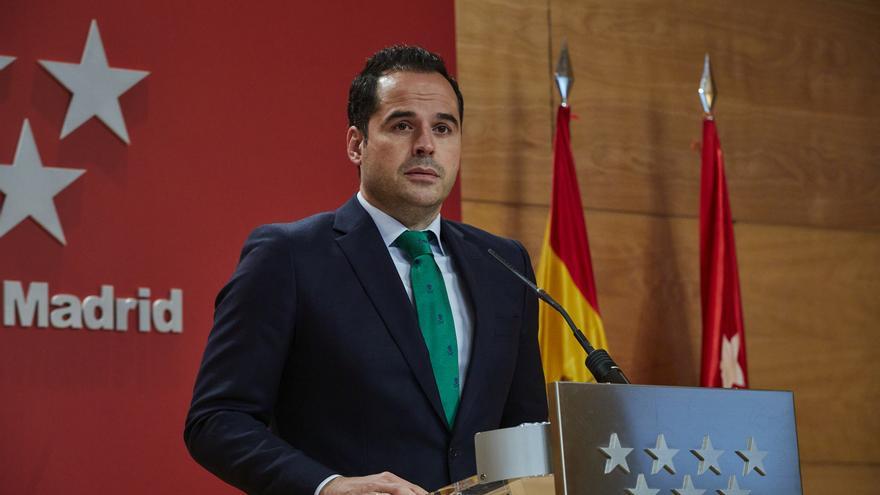 The Community of Madrid prepares everything so that from this weekend up to six people can meet on terraces (now they can four). This has been advanced by the vice president and spokesman of the regional government, Ignacio Aguado, in the press conference after the Governing Council, in which he has assured that they have already obtained the approval of the Ministry of Health. The Executive of Isabel Díaz Ayuso will make an exception on this occasion to accelerate the implementation of the new order despite the fact that the accumulated incidence has set a new record in the region. All the measures announced on Fridays, usually enter the following Monday.

“I can anticipate that the restriction that there is a maximum of four diners on the terraces of the hotel industry we intend to modify it on the same Friday so that the same Friday comes into force and during the weekend this restriction is more lax”, Aguado has assured. “When the change in the order is written, it will be published and will be affective,” he added.

Regarding the curfew, Aguado has stressed that they would like to lift it “tomorrow” but the reality is that today they cannot, although they are aware of the damage that is being done to economic activity.

The regional vice president has assured that “70% of infections occur in social settings”, but has denied that these social settings are the hotel and catering business and has limited them to meetings in homes that have been prohibited since January 25. Aguado has justified it by ensuring that illegal meetings and parties are taking place. “That they are prohibited does not mean that they are not taking place.”

The regional government takes this measure that the Madrid president, Isabel Díaz Ayuso, advanced this Monday despite the fact that the data in the region have set a new record, according to the own edipemiological report that the Community of Madrid publishes every Tuesday. The document shows how the cumulative incidence has increased in the region in the last seven days (from January 25 to 31), going from 970.5 to 999.5 cases per 100,000 inhabitants in two weeks. The peak of the second wave was 813 cases.

The accumulated incidence also rises one more week in the capital, up to 912 new cases per 100,000 inhabitants, compared to 872 seven days ago, according to data just released by the Ministry of Health. The districts of Salamanca, Chamberí and Centro –the ones with the highest concentration of restaurants and terraces- are at the forefront of contagions, exceeding a thousand accumulated incidence. The areas of Malasaña, Chueca or Guzmán el Bueno, for example, have a cumulative incidence that amounts to 1,200 cases per 100,000 inhabitants.