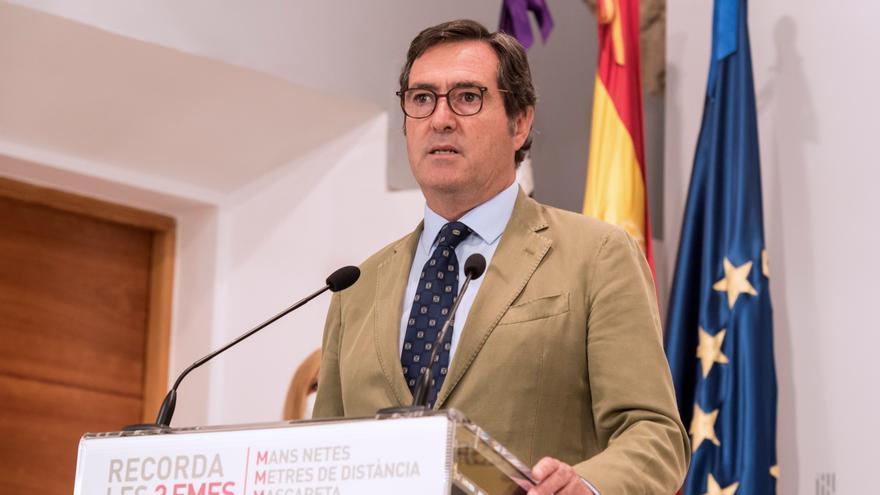 The business leader has accused the Government of practically lying in its data on the costs of ERTE. “We have very serious doubts that the data that the Ministry of Social Security is transmitting to us is real,” said Antonio Garamendi, president of the CEOE, in the board of directors of the employer’s association that was held this Wednesday. Employers are “aware that the data on the cost of ERTEs are much lower than the data that is given publicly,” he added in a direct attack on the ministry led by José Luis Escrivá in full negotiation to extend the files beyond September.

The leader of the self-employed organization ATA, Lorenzo Amor, has spoken in the same vein on his Twitter account. “800,000 workers in ERTE with the benefit and exemption of Social Security has an approximate cost for the State coffers of 1,200 million euros / month. How can it be said that the cost of ERTE is between 4,000 and 5,000 million per month? “, he pointed out.

Social Security sources explain to elDiario.es that “the flow of information at the negotiating table is being the usual one”, which is why they assure that they “do not understand” the criticisms of the entrepreneurs. The minister has referred in his latest interventions to a total cost of about 22,000 million euros which includes “the set of labor measures approved in the pandemic,” they explain to this medium in Social Security.

The cost of the ERTE has two variants: the expenditure on unemployment protection for the workers included in these files, which is assumed by the SEPE (State Public Employment Service), plus the exemptions in the payment that companies make to Social Security for the social contributions of its employees. That is, the money that Social Security stops entering for these fees that companies are saving in ERTE.

Antonio Garamendi has insisted that the employer is requesting data from the Executive and that these are not being provided to them and has requested that information to be able to negotiate at the social dialogue table on the new extension of the temporary employment regulation files. This afternoon a new meeting is held between the Government, the employers and the unions on the extension of this tool from October, with key debates such as a sectoralization of the extension and changes in the unemployment protection of workers in ERTE.

The employer leader has stated that the employers are willing to continue negotiating, with the data on the table, and has assured that the employer is “closer to the unions than to the Government” on this occasion. The parties have been summoned to try to reach an agreement this week, with daily meetings, so as not to run out of deadlines and give certainty to companies and workers.

Garamendi has spoken these words before the governor of the Bank of Spain, Pablo Hernández de Cos, who has explained the economic forecasts of the regulator in the CEOE board of directors. The agency has lowered the forecast of the fall of the Spanish economy to 12.6% in 2020 but warns of a fragile recovery.

Hernández de Cos has argued that the “recovery continues to depend crucially on the maintenance of the stimuli” in the economy applied so far, such as the ERTE in labor matters, for what he has insisted is that it is more beneficial for the economy to sustain in the time these public investments that “the risks of a premature withdrawal” of aid.

However, the governor of the Bank of Spain has specified that, although the organization recommends the extension of the ERTE, it also considers it necessary to apply changes in this tool given that at the moment the crisis due to the pandemic has different circumstances than its initial stage, when there was harsh containment measures and general restrictions on activity. The idea is to focus public resources on viable companies and withdraw them from those that are not.

Pablo Hernández de Cos has advocated for a “more focused” ERTE, that is, an extension or public support of the files more selective and not general as the one that has been applied so far. In the opinion of the Bank of Spain, targeting should not only be sectoral, but “almost business”, has defended its head, since within the same sector such as tourism there are companies highly affected by the pandemic while others are not so much, he has stated.

The Bank of Spain foresees that the crisis due to the pandemic will leave some structural damage and that some of the companies with difficulties will not survive, so it is committed to not continuing to invest public funds in these companies (which it has described as ‘zombies’) , for allowing these “adjustments” of the productive fabric and supporting the reincorporation of its workers to the labor market through active employment policies.

The differentiated extension of the ERTE is one of the issues facing employers and unions with the Government. The Executive defends that in this third extension, a more sectoral view of the files should be applied, through which more support is given to the viable activities that are being more directly affected by the pandemic. Employers and unions are suspicious of this approach, fearing that companies that are indirectly or less obviously affected by the coronavirus will be left out of public support.