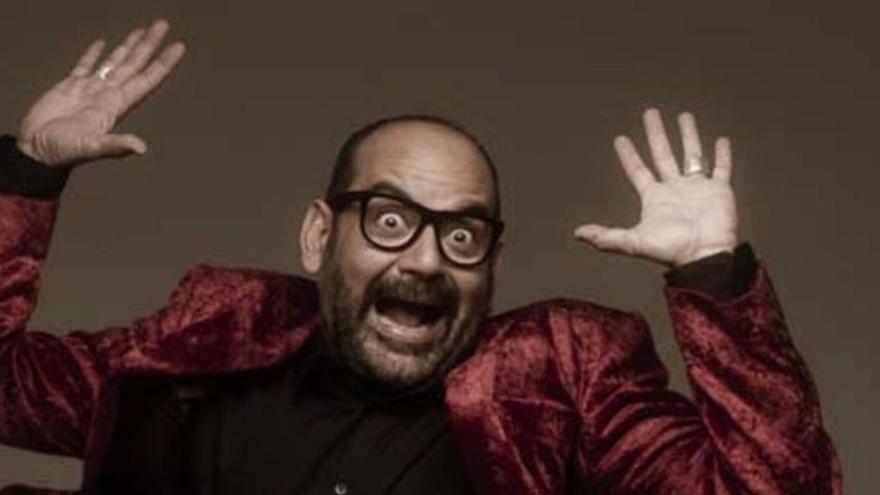 Inaugurate a theater is it a feat today?

It is a feat in the global world in these times when unfortunately cinemas and the theaters are closing little by little. I am very excited to be able to participate in the reopening of the Teatre Principal d’Inca and I think it is news of the highest order. Then you have to fill the theaters with content, which is another.

Is the cultural sector recovering or is it still seriously injured?

The cultural sector seems to have always been badly hurt, perhaps because culture encompasses many aspects and each one understands it differently. If we except all this time of pandemic, very traumatic for many sectors, I have been hearing for so many years that the theater is in crisis that maybe it is our way of relating to the culture, always between survival and stability. We try to work with dignity and we like it so much, because it is very vocational, that we forget that it is a job and that has its trap. But there we are, in And the ship goes, what would Don say? Federico Fellini.

Is public aid for culture essential?

All help is little and now it is more necessary than ever for the public sector to function in this sense, since culture is a common good, like the education and the health. We must have a powerful public culture, to which we add that of the private sector, which must also work and try to be self-sufficient, because that creates positive synergies for the entire sector. With the post-pandemic recovery they are talking about the mix that there must be between the public and the private, which brings good things.

In the title of his show he asks for “a lot of calm.” What are we going to need it for?

Throwing a bit of irony, it is clear that society is not what is said calm. The decade of the 20s has started moving and, as the cycles of History repeat themselves, it seems that we are going back to what was baptized as the crazy 20s or the happy 20s, and then came the crack of 29. We are making bets to see what our crack will be, the general blackout, another pandemic that sweeps us all away … The question in the end is to see if we learn from our failures and are able to redirect these types of situations.

Why do you have to laugh at yourself?

It is a tactic to be able to laugh after the world in general. I think it is not healthy to laugh at others if we do not do that with ourselves, since otherwise you place yourself on a pedestal that no one has. In addition, humor allows to relativize everything that happens, don’t take life too seriously, what a lot of drama it is, and bring positivity to the people you have around you. We all like to laugh and if there is someone who never laughs, bad, bad.

He premiered the monologue before pandemic. Have you had to change it from top to bottom?

I like to incorporate everyday life into comedy and in these three years many things have changed, starting with the public, who welcomes you with the mask, and continuing with the kidney transplant that they did to me last year. I laugh about my transplant or about some current issues, such as the electricity bill or the general blackout. We need to take them that way, because otherwise …

You will not be amused by the current staff cuts in healthcare.

That is above all a lot of anger, nothing calm. These days I remember a lot the phrase that was said at the beginning of the covid: “We are going to get better out of this”. Well, it has not happened. The one that was bad still is, and good people have failed to make the rest more focused. I remember the applause on the balconies and those who filled their mouths stating that we must take care of sanitation. And when the worst is over, cut back again and send the professionals home. It is clear that we have not learned anything from the pandemic. It seems that we want the world to be the same as 2019 and it is not. We must evolve. It happens to me as a comedian, that there are issues that I laughed at a decade or two ago and now I would treat them differently.

Are you referring to what is now not politically correct?

No, but I have evolved as a person. On the stage I feel quite free. Every creator has to do his work from total freedom and then the public will decide whether to go to the theater, the cinema, read a book or watch a television program. It is a stronghold of freedom and a pact between spectators and creators. Who wants to mess with someone who does not like, already has social networks.

They have not yet repealed the gag law.

They are taking time. The most that must happen when a comedian takes the stage is that the joke is not funny or is in bad taste, but from there to stone the artist or take him to court … Sometimes we put a huge focus on humor to can say: “Oops, it’s over”. A few days ago it happened to me in Barcelona, since a person told me after seeing the show, through social networks, that I would not have to touch on the subject of transplants in the monologue because I can hurt some sensibilities. I replied that I am only talking about my transplant, my sister’s kidney and my experience. I am not in favor of laughing at things that I have not lived or that are not part of my life. It is something that Americans do very well, Jews laugh at Jews, blacks laugh at blacks …

He also laughed at the Catalan independence conflict.

I tried it a lot and tried to make it humorous. In fact, I laughed quite a bit on both sides and they both got angry, so I guess I was doing it right. As everything that happened during those years seemed a continuous nonsense, in the end my escape valve was humor, just like in the rest of life in general. Many people told me: “How can you make jokes about this?”. Why not? If everyone was serious about it, it was okay for someone to take it as a joke. Now the subject has calmed down and I do comedy about other things, but at that time I was performing in Barcelona right next to where the ‘bonfires de Sant Joan’ were mounted every week. It was something that could not be ignored, since the public had to avoid the noise to come to the theater. He had to talk about it.

Tags: come back, learned, sector, trim, we have