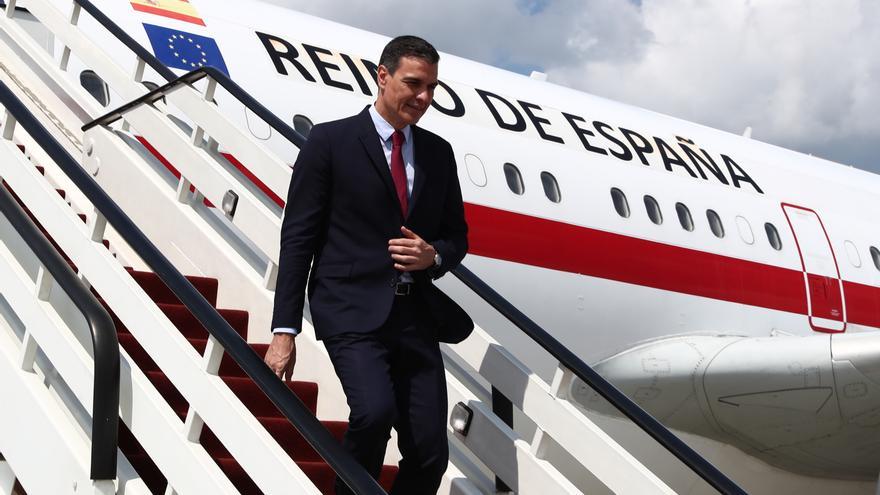 Pedro Sánchez avoids giving importance to the reunion of Carles Puigdemont and Oriol Junqueras in Waterloo, where they have met again four years later after the pardons to the independence leaders who stayed in Spain and were tried in the Supreme Court. The president did not want to enter into the words of the ERC leader, who assured in Strasbourg that there is still “repression” in Spain and has asked the Government to focus on the daily problems of the Catalans, as well as to open a dialogue with the non-independence part of Catalonia. “We do not deserve to remain anchored in the year 2017,” he has responded to the photo of former president Puigdemont and his former vice president Junqueras, although he has not explicitly mentioned it.

At a press conference in Riga, within the framework of the tour of the Baltic countries that began this Tuesday, Sánchez insisted on the determination of his Government for the “reunion” with Catalonia and “overcome” what happened in 2017 with the total bankruptcy that led to the unilateral declaration of independence. The president recalled that the pardons go in that direction and has asked the independentists to learn the lesson of that moment. Thus, he reiterated that it is necessary to “look forward” and that the “key” of the new Government is to “open a dialogue” with the non-independence part of Catalonia.

“We want to send a message to all Catalan citizens is that we all need each other,” emphasized Sánchez, who has asked the Government of Pere Aragonès to focus on the day-to-day problems and concerns of the population, among which he has pointed out vaccination, health, work or even if they can go on vacation. That is what he wants to work on with the Generalitat. “The Government has all the support of the Spanish Government to overcome together a drama that is the calamity of the covid,” he said.

Before his appearance with the Latvian Prime Minister, Arturs Krišjānis Kariņš, Sánchez has participated in a floral tribute to the fallen in which there was a stelade carried by two people who have approached the surroundings of the military ceremony and that the They have kept deployed for the duration of the act, but they have not said anything and when they are finished they have left. The Catalan independence movement has won sympathy in Latvia. The deputy Boriss Cilevičs country promoted an opinion in the Council of Europe that advocated pardons for the independence leaders as well as the reform of the criminal offenses related to rebellion and sedition “so that they do not allow reinterpreting the decriminalization of the organization of a illegal referendum, sought by the Legislature when it abolished this specific crime in 2005, or give rise to disproportionate sanctions for non-violent transgressions “, as stated in the text.

However, the Latvian prime minister has avoided commenting on the territorial conflict in Spain. “In each country there are processes that from outside can be interpreted in different ways,” he began in his response to Spanish journalists. “I think that the issue of Catalonia is an internal issue of Spain and we respect the attitude of the Government of Spain and we consider that it is the internal issue to resolve internally and as Prime Minister of another Government I do not intend to give recommendations on how to solve this situation, “he said.