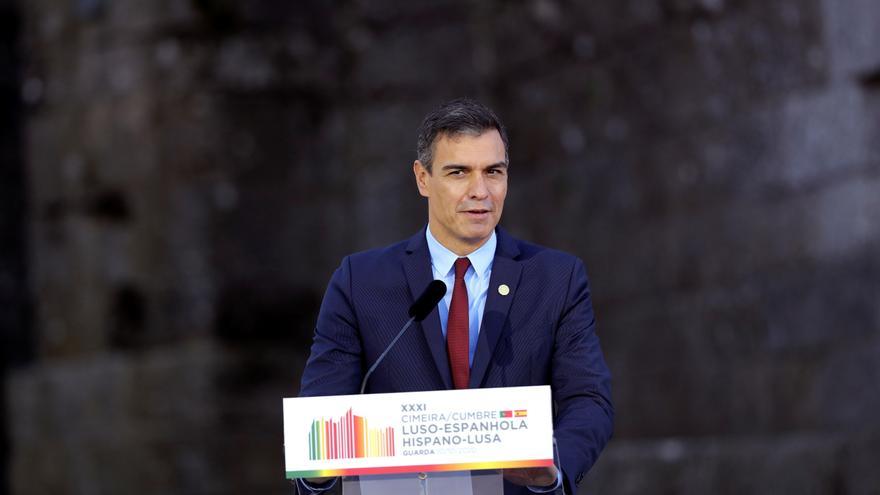 The president of the government, Pedro Sánchez, has met in the Portuguese town of Guarda to participate in the XXXI Hispano-Lusa Summit, from where he gave a press conference accompanied by the Portuguese Prime Minister, Antonio Costa, in which he also asked to the Spanish politician for the situation of the coronavirus in the country. “We could not stand idly by,” said the socialist in reference to the state of alarm recently declared in Madrid.

Sánchez has continued saying that the Government hopes to “bend the curve of Madrid in 15 days” and defends that the Executive has always placed “public health above any other consideration.” “I ask the rulers to do the same: to think about the health workers who are facing COVID. We have to give a clear and forceful response to the pandemic.”

Likewise, the president emphasizes that “we must be aware that we must give a very clear and forceful response in certain territories, and the data is there: the data on the rate of infections in Madrid are high.”

The socialist leader has also clarified that the Government does not intend to “impose or protect”, but “to help, collaborate and cooperate.” “At the moment in which the solutions that we believe should be taken are not taken, what the Government of Spain cannot do is look the other way. We are always going to put ourselves in the shoes of those who suffer from this pandemic”, has apostilled.

In addition, Sánchez has referred to the fact that “the partisan use that is being made of the pandemic by politicians is dividing societies and making the fight weaker. If there is a common enemy that is the virus. It is a battle epidemiological not ideological “. That is why he considers that “banishing the partisan struggle of the pandemic should be the direction of all political actors”, something that, according to the president, “they have practiced” from the central government.

A project in line with Portugal

Both political representatives have begun their appearance before the media saying that they will seek “strategic joint projects” that can be included in their respective recovery plans to receive European funds, in areas such as hydrogen development, the battery value chain , or the development of 5G and satellites.

As reported by Moncloa, the leaders have dedicated part of the bilateral meeting that they have held at the beginning of this summit to share the details of their respective recovery plans, especially on issues in which there are synergies, after which they have decided to establish collaboration ties in this regard.

Sánchez and Costa have also addressed recurring issues in the relationship between the two countries, such as the development of common infrastructures, both railways and roads. And, as planned, they have paid special attention to the common Cross-Border Development Strategy, which was one of the main issues to be addressed at this summit, which is held precisely in Guarda, a Portuguese town located a few kilometers from the border with Spain.

This XXXI bilateral Summit has brought together a score of ministers from both countries, a day after President Sánchez finally decided to declare a state of alarm to restrict mobility in Madrid.