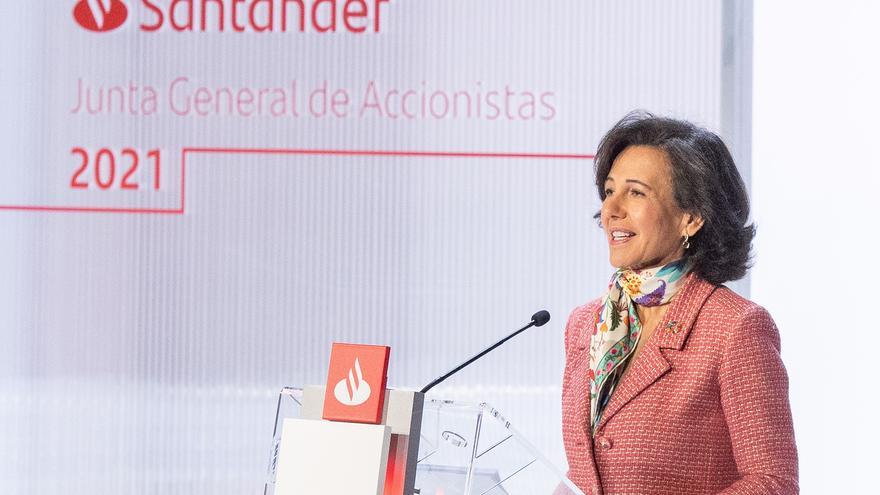 Lead but not control. It is the summary of the position that Ana Botín, president of Banco Santander, has marked this Wednesday in a forum organized by the entity itself to talk about climate change and the role of banking. “We cannot expect the banks to be the climate police,” said the head of the Spanish bank with the largest international presence. “We are aligned with leading, but we need more clarity from the governments,” he emphasized.

With this round table the bank has begun its annual conference on international finance, in this case focused on the climate. Botín has emphasized in his brief speech that states and regulators should set common criteria at the global level. In this way, the president of the bank has ensured that this way “we and our clients will be able to invest with confidence”.

Botín has argued that large companies are already taking steps towards decarbonizing the economy, but that it is a more problematic issue for SMEs. “I was with a small client of ours who I asked him when it was going to be more sustainable and he replied that first he has to think about paying wages or paying for electricity, which he would do when the Government forced him,” he assured.

Botín has charged in his speech not only against regulators and governments, but also with central banks, which he has asked for coordination. Specifically, he has referred to the increase in stress tests that these supervisors are doing on climate change and banking. In Europe the results of these tests will be known at the beginning of next year. He regretted that the requirements are different in Europe, the United Kingdom or the United States, where the bank has a presence. “Everyone wants to follow the same path but in a different way, so it is very difficult for us to proceed,” he assured.

Before Botín pointed to the responsibility of governments vis-à-vis banks, the United Nations climate secretary, Patricia Espinosa, has urged the financial sector to be “fully aligned” with international climate goals. “If its commitment is not fulfilled, the credibility of the process could be at risk,” Espinosa said. “A necessary effort is required to move away from the focus that does not pay attention to the climate consequences of investments,” he added. “We need their influence, nations cannot do it themselves, all sectors must participate,” he stressed.