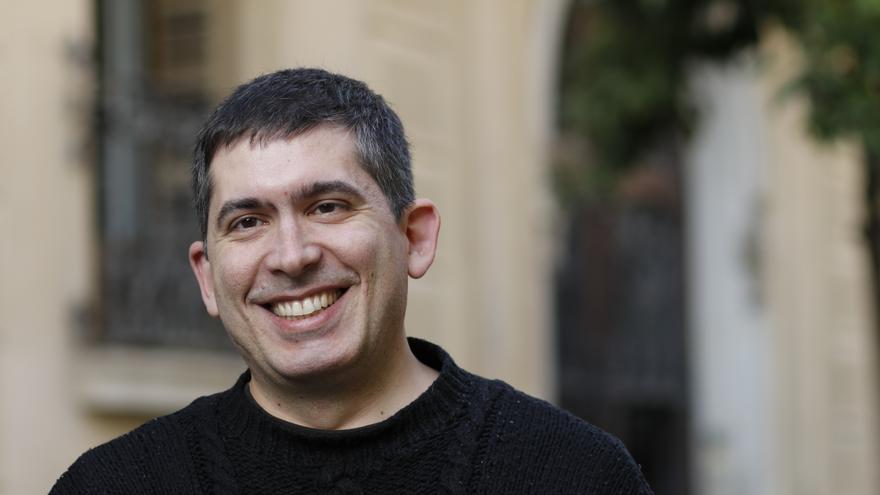 Bruno Bimbi (Avellaneda, Argentina, 1978) knows what the extreme right in power implies because he has experienced it in the first person. A little over a year ago this journalist and LGBTI activist had to leave Brazil after Bolsonaro’s promotion, a country where he lived for ten years. Now he relates his experience in The end of the wardrobe (Editorial Anaconda), which three years after the Argentine edition, has been republished and expanded for Spain, where it was released shortly before the coronavirus pandemic broke out.

Jean Wyllys right hand, the only gay deputy in the Brazilian Congress, Bimbi reviews this global chronicle of the LGTBI rights achieved and still pending. The journalist was one of the coordinators of the campaigns for equal marriage in Argentina and Brazil, which in Spain turns 15 this week.

What is the end of the wardrobe? A wish or evidence that LGTBI rights are advancing?

They are both. I think we are living for the first time a change that has never happened before, but the wardrobe has not finished either, we still have to conquer it because it is obvious that thousands of people are forced to live in it. And the change is not the same worldwide, in some countries the situation is catastrophic. In what we would broadly call the West, that change is happening much faster and if a young homosexual from the 17th century were taken with a time machine to the 19th century, two centuries would have passed and what he would notice when he arrived would be changes in fashion, in music, in customs … but the wardrobe would continue to be absolutely obligatory and the repression very strong. But if we brought a young man from the 70s of the 20th century to our days, only half a century would have passed and the changes would be brutal. I am talking about a closet on an individual level, but also a collective one, as a political system. Not only people come out of the closet, but also societies.

This week has been 15 years since Spain approved equal marriage. In the book, you remember Pedro Zerolo and how he helped to get it approved in Argentina in 2010. What do you think it has meant?

Marriage seems fundamental to me. In all the countries where it was approved, there was a before and after and it transformed the issue of LGTBI rights. Brazil is an example of this, but on the contrary. There we achieved the marriage by judicial decisions, but we never managed to debate it in the parliament and that is the difference. That political and social debate was missing, broadcast by the media and reflected in street discussions that in other countries such as Spain or Argentina produced a gigantic cultural change. I would not underestimate its potential for transformation. Now, it is true that our task is to show that many things are still missing, that there is homophobia, aggression, bullying in schools, violence …

We have had an atypical Pride this year, but still with many demands on the table. What would you say remains to be achieved in countries like Spain?

There are three elements in which there is still progress to be made. The most urgent is the situation of trans people, for whom there is no real inclusion in society. The Spanish gender identity law was delayed and is pathologizing and compels people to be diagnosed. In this sense, Argentina is more advanced. But also, trans people continue to face enormous difficulties at the family level, in education or in accessing work. For people who are past a certain age and discriminated against them greatly in their lives, there should be redress policies. Focusing on the inclusion of trans people should be the number one priority in countries like Spain.

And what other issues are still pending?

The second is sexual education, which is where the great ideological confrontation and dispute with the Spanish extreme right is, which comes with the ‘parental pin’ and invents this cospiranoic fantasy of gender ideology. What it is about is creating fear in society and convincing people that your son will be taught to be gay. The first thing, sexual orientation is not chosen and even if there are LGTBI workshops or courses in classrooms, the orientation will not change, what it will do is make you more informed, less prejudiced and, in the case of males, a less toxic masculinity. And if your son is gay, you can send him to a psychologist, but he will continue to be. If at some point in life all that pressure to change it does not lead to suicide, and I say it because it is a reality, what you are going to do is ruin your adolescence and at some point you will end up coming out of the closet, transforming shame into pride, having a better life and he will never forgive you.

And the third is the international arena. The countries that have advanced have to fix asylum policies and have active protection policies towards people seeking refuge in Spain from countries that consider homosexuality a crime. Also put this issue on the agenda of international relations. If Spain is going to sign a trade agreement with a country that has a death penalty for homosexuals, perhaps it should not sign it.

There is a section in a book chapter called “Proletarians and fags, unite.” Do you think the intersection of struggles should be more?

Yes, totally. In real life we ​​are all crossed by different positions, some of privilege and others not, but we are not a single thing. It is absurd that we encapsulate our struggles in drawers because when we go out, we go out with all that together. On one side of the left throughout the world there is a dogmatic vision that the priority task and the only thing that matters is the class struggle and on the other side there is an extreme vision of identity, of people who only fight for LGTBI rights, But we cannot fight for that alone and while we do not care about the precariousness of the Deliveroo rider they exploit, who they force to bill as a false self-employed. I think it is an erroneous vision and that there must be an articulation because the injustices when oppressing us articulate among them.

He also dedicates part of the book to relating what happened in Brazil with Bolsonaro’s rise to power and his connection to Vox. What similarities do you see?

Brazil is experiencing a catastrophic situation in the hands of a macho, homophobic and racist government. That is the extreme right in power, that is Vox in practice. If we remove it from Twitter and put it in Moncloa, it is outrageous that we are seeing in Brazil. And one of the most important discursive and symbolic axes is hatred of the LGTBI population. At first Bolsonaro was a marginal figure in Brazilian politics, but the element that made him a leader was this speech. Towards 2011, when these rights began to advance, he dedicated the following eight years of his life to asserting himself in that place as an anti-gay deputy and one of his high-impact political actions was the so-called ‘gay kit’, which was a campaign to attack sex education in schools, something like the ‘parental pin’ proposed by Vox here. In fact, Vox used some of Brazil’s hoaxes and false information.

Do you think there is a risk that in Spain we will follow the same path?

If you have to think in parallel, a year before Bolsonaron won they tell us that he was going to do it and we would have laughed. She was a very underrated figure. Also because a year earlier, it had far less political strength than Vox does in Spain today. But what happened was that the traditional right wing in Brazil, which would be the PP of Spain, wanted to strike a blow to remove Dilma Rouseff from power, so to articulate the support, he first needed to create chaos, hatred and extreme polarization. For that they needed figures with extreme speeches. And what did they do? They began to naturalize fascism, to take photos with Bolsonaro and his friends and to make alliances with them. The idea was supposedly to use them to come to power, but it happened the other way around. The party that would be the PP obtained a little more than 4% of the votes and Bolsonaro won the elections. Married should look in the mirror and wonder if he wants to end the same.

In Brazil, he was the right hand man of Jean Wyllys, the only gay deputy in Congress, who lived with an escort. after the murder of his partymate Marielle Franco he was even forced to flee the country. How did they live that?

We live in very difficult times. Jean was the victim of a campaign of persecution and defamation by Bolsonaro and the extreme right. They even accused him of being a pedophile. There was a time in our lives when we spent more time denying hoaxes than transmitting our ideas. It was brutal. The consequence was that she began to receive a gigantic volume of death threats because what the extreme right discourse does is also empower people who hate and previously felt inhibited. After Marielle’s murder, the situation became much heavier and when Bolsonaro began to grow in the polls, the threats were already coming in a different tone. I left a couple of months later, but we made the decision at the same time. The same day that Marielle was killed I started to think about it, but in the last few weeks there was something that convinced me, that hate speech was beginning to emerge in everyday life.