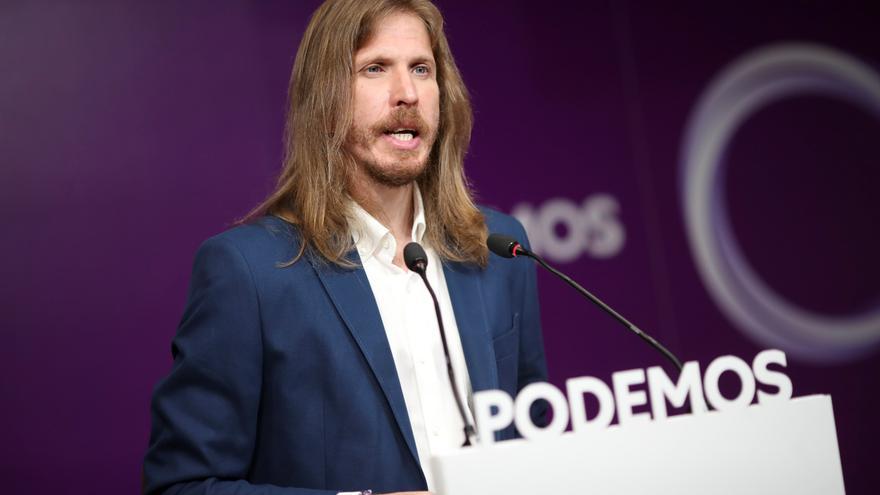 Podemos insists on the need for the coalition government to carry out the Memory Law, despite the fact that the Executive has chosen to put in the freezer the text to prioritize other promises such as pensions or labor reform. The co-spokesperson of the Ione Belarra formation, Pablo Fernández, has stressed that his party wants that regulation “to be a reality as soon as possible”, although he also advocates obtaining “the greatest support and the greatest possible consensus.” “We have to respect parliamentary procedures. The presentation of the same has to begin “, has affected Fernández, who has also highlighted that his training does not consider that the regulations” are freezing. ”

ERC separated the budget negotiation from that law. From the republican formation, they defended that the acceptance of some of their conditions is an insurmountable red line. The Catalan Republicans, led by Joan Tardá, have already voted against the Historical Memory Law promoted by José Luis Rodríguez Zapatero in 2007. The main obstacle is ERC’s demand to modify the 1977 Amnesty Law so that they can be investigated and judge crimes committed during the Franco regime.

At the press conference held by the party this Monday, and in which Alejandra Jacinto was released as a co-spokesperson, Fernández also urged the Government to extend the measures applied by Moncloa to “guarantee the reduction of the bill of the light “and” that end in December. For the formation of Belarra, these policies have contributed to “mitigating” an increase in the bill. In this way, it is committed to extending the time frame of fiscal measures (such as the application of VAT at 10% to energy), the “reduction” of the profits of electricity companies and the disconnection of the upward evolution of the markets. wholesalers on the bill, among other initiatives “In this context it is necessary to urgently renew the legislation of the new electricity bill to make it easier for it to reach the maximum number of households,” he pointed out.

Along with the Memory Law, Fernández argues that it is “time to accelerate” other issues, such as the labor reform or the repeal of the gag law. The amendments that the Government partners have presented to reform the Citizen Security Law took to the streets this Saturday thousands of policemen, civil guards and supporters of both bodies. The concentration circulated from Puerta del Sol to the Ministry of the Interior under the slogan “United Police against this reform” and with constant shouts calling for the resignation of Fernando Grande-Marlaska.

Representatives of parties of the three right-wing parties attended that concentration: Vox, PP and Ciudadanos. For Podemos, the presence of these formations supposes a “partisan use of the institutions with the sole purpose of damaging the Government,” the regional deputy and co-spokesperson of the formation, Alejandra Jacinto, has lamented. “The PP has not been at the side of the State Security Forces and Bodies to defend their labor rights,” he added. He has also regretted that the popular have used “very torturous arguments” to criticize the reform proposed by PSOE and the confederal group.

A possible electoral advance in Andalusia has been another of the issues addressed this Monday by Fernández, after the Andalusian Parliament has not supported the accounts for 2022 presented by the regional Executive. The co-spokesperson of Podemos assures that if the party is “convinced” that in that region “a broad” progressive front will be formed that will promote “a change of government. Sira Rego, a federal spokesperson for Izquierda Unida, also took the same line this Monday. “That will for unity of the left is part of our DNA and we are working hard to make it so,” Rego said.