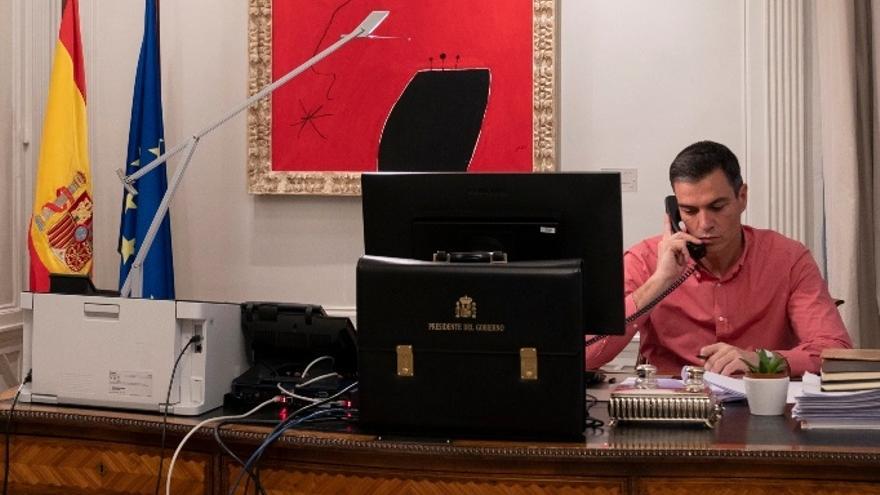 In addition to the recent talks with the President of France, the Prime Ministers of Norway, the United Kingdom and the meeting with the Chancellor of Germany, there are now contacts in recent hours with the President of the European Council and the High Representative for Foreign Policy , as reported by Moncloa sources.

In this sense, last Monday, during the visit to Spain of the German Chancellor, Olaf Scholz, he already made a "call for de-escalation", as well as "respect for borders" and the "territorial integrity" of Ukraine.

This morning, a Spanish frigate left the port of Ferrol (northeast) for the Black Sea, where it will arrive next week, as part of the Spanish and European action in NATO maneuvers, in the midst of an escalation of tension between Russia and Ukraine.

The Spanish Defense Minister, Margarita Robles, advanced the shipment of this ship yesterday, after a minesweeper departed for the same area days ago; According to the minister, Spain has been participating in all the deployments organized by NATO for years, and in this specific case the departure of the ships was brought forward, as agreed with the military organization.