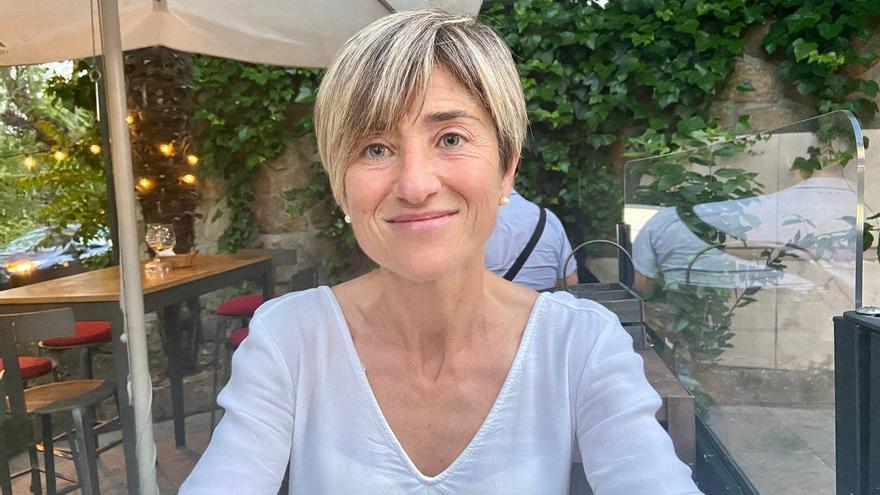 The sister of José Ignacio Zabala, murdered by the GAL, and the daughter of Juan Mari Jauregi, murdered by ETA, have presented this Friday in Madrid a manifesto in which they ask the Spanish Government to "acknowledge its responsibility and the pain caused and make determined gestures of human quality to implement reparation measures", in relation to the LAGs.

Between the more than 120 signatories there are writers, actors, intellectuals, jurists, professors, historians, relatives of ETA victims, ETA victims, associations such as Amnesty International, the Spanish Association for International Human Rights Law or the Association of Investigative Journalists, in addition to the former lehendakaris Karlos Garaikoetxea and Juan José Ibarretxe, the judge of the Superior Court of Justice of the Basque Country Garbiñe Biurrun, the former civil governor of Bizkaia with the last Government of Felipe González Dani Arranz, the former councilor of the PP of Renteria Chema Herzog, the director of the Institute of Democratic Governance Daniel Innerarity, Pilar Manjón, Javier Pérez Royo, Noam Chomsky or Aitor Gabilondo, director of 'Patria', among others.

"The declassified CIA documents in which it is stated that Felipe González agreed 'to create a group of mercenaries to fight terrorists out of the law' are important," said Pilar Zabala.

'Recognize the other victims'

Zabala was fifteen when his brother disappeared. He was kidnapped in 1983 by the GAL together with Jose Antonio Lasa and transferred to the Intxaurrondo barracks, where both were tortured and later murdered and buried covered with quicklime. His remains were not found until January 1985.

"At that time, when the forced disappearance of my brother took place, I hardly spoke, I stopped speaking. I took refuge in the study, I was a very good student to try to make my parents smile. It was always clear to me that the victims of ETA they were victims, and that a murdered civil guard was a murdered person. But there were victims to whom the institutions gave a voice, who were asked, and others who were not. I lived 28 years without talking about this ", points out in conversation with elDiario.es.

With her has been María Jauregi, daughter of Juan María Jauregi –and Maixabel Lasa–, civil governor of Gipuzkoa with Felipe González between 1994 and 1996. María Jauregi recalled that in 2000, in the Lasa and Zabala trial , his father testified against the one who became Brigadier General Enrique Rodríguez Galindo and his group of civil guards from Intxaurrondo.

"In fact, that testimony was invaluable in clarifying the case. That day my aita He returned home happy, because of what he had said, but above all because a relative of Lasa and Zabala approached him to thank him. And I will never forget the first thing he said when he got home: 'I don't know who is going to kill me, or ETA or Galindo himself.' I am sure that today he would do everything in his power to clarify everything related to the LAGs and do justice, "said Jauregi.

Zabala says that María Jauregi looks like her. "I recognized her as soon as I saw her. She is a victim who talks like me. It was never an inconvenience for me to talk about the victims of ETA. ETA was wrong. Hearing the same from Maria but turning around is comforting. The fact of that victims of different terrorisms recognize the other is the scenario we have to arrive at. That we are aware that here no one chose to be a victim, "he says.

The manifesto has arisen as a result of the filing by the Prosecutor of the National High Court of a request for an investigation by Pilar Zabala: "The truth never prescribes, the United Nations forces the states to clarify it in order to avoid impunity."

The historian and director of the Provincial Archive of Alicante, María del Olmo, also present at the event, stressed the importance of free access to archives and that there be a modified Official Secrets Law that conforms to international standards "bringing light and true to certain terrible events in our recent history (the GAL is especially so) before which silence and not fight individually and collectively for justice to be done, I think makes us accomplices ".

Pilar Zabala has been giving talks in schools in the Basque Country for years and has participated in "restorative circles" with other victims. "I remember in great detail the Amnesty International reports from the eighties, in which it was said that the Spanish State used torture in a systematic way. When I go to schools to speak, within the framework of a program of the Basque Government to delegitimize terrorism and violence, I always read those reports to the students, which denounced all the violations. The nationalist left denounced some human rights violations, but not others, and that did not fit me, "he indicates in conversation with elDiario.es .

"In a ceremony in 2018 a boy approached me and told me that he wanted to meet me. He was a civil guard from the Intxaurrondo barracks. He had two hearing aids, he was the victim of an ETA attack. We gave each other the phones and started to meet. He was younger than me, he is retired due to injuries. He told me that in the Civil Guard academy they talked a lot about the Zabala case because it was something that embarrassed them. And I told him: 'You have to tell him about that.' I said that I had the need to know Intxaurrondo. One day this boy told me that the colonel of the barracks wanted to meet me, so we stayed. He had a very pleasant voice. I told him about my pain, "he says.

"Finally I was able to visit Intxaurrondo. Each one of us carried an object. I brought the film Lasa y Zabala. That film is there now, in the barracks, it is the place where it has to be for me. All those who pass through the academy must to know what should never be done. For me it is refreshing that this colonel, who is now a general, who represents an institution that has done you so much damage, apologizes to me. But there is another part, which is the judiciary. The State also it has to facilitate the investigation. "

"We hope to get new information"

In that sense, Zabala insists that they will go through all possible judicial channels. For this they have created the Platform B-Egiaz: "In order not to wait for the institutions to agree to our request to investigate these crimes of the State or to allow the declassification of the documents that supposedly directly and unequivocally pointed Felipe González and members of his government."

"On our website we will be posting all the information and we hope to receive new data. We are convinced that there are people with relevant information who at the time, for whatever reason, decided not to bring it to light. I appeal to their consciences and to them I ask that, please, do not hesitate now. Your help could be decisive. We guarantee a safe and anonymous way to send it to us through the web, "he indicated.

"The extreme right is rising like foam because it has never had a retaining wall, which is that justice is the same for everyone. Protecting themselves in the fact that everything was ETA, outrages were committed," he laments.

"I am a dentist, but I have learned a lot about human rights and I see that there is a great lack of training here. It is important to appeal to the right to life, the right to be happy and to have an education in human rights. It is of vital importance, especially in a country that had almost forty years of dictatorship, with what that entailed, and subsequent impunity. "