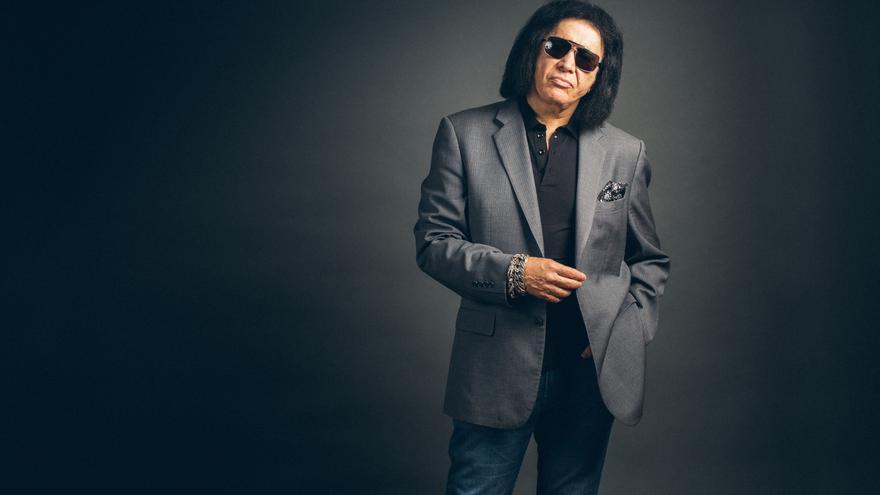 Mexico City, Jul 20 (EFE) .- One month after his 72nd birthday, rock star Gene Simmons presents the brightest and darkest moments in Kiss’s history in “Kisstory,” a documentary that, above all, seeks to present the truth of the grouping.

“We are reaching the end of the road and we want to show it all,” says the musician this Tuesday in a conference with Latin American media and adds, “to our fans we owe the truth and ‘Kisstory’ shows all the truths, the sad and the good times” .

According to the singer, part of those hard stories have to do with drugs, from which he assures he always stayed away, as well as the desertion of two beloved members of the band, Ace Frehley and Peter Criss.

“One of the worst moments of the band was when we realized that the car could not run with two flat tires, of the four members that we were we could not continue with Ace and Pete, that was the saddest thing, we are reaching the 50 years of the group and they are not here to enjoy that, “says the bassist sadly.

Simmons says that along with his co-founder, guitarist Paul Stanley, they went out of their way on numerous occasions to get the original guitarist and drummer in the band, but it was impossible.

He details that he even invited them to be part of his next tour and the documentary, which arrives on the American subscription channel A&E in two parts on August 21 and 22, and that he had a refusal on his part.

But when it comes to choosing one of the best moments of his career, Gene chooses without hesitation “the beginning”, since he considers that all the first experiences in life are always the most beautiful.

Simmons also clarifies that this first beginning will be portrayed in a fiction under the direction of the director of “Pirates of the Caribbean: Salazar’s Revenge” (2016).

“We come from Studio 54, from the disco era, but we were a glam rock band. It’s the story of how four totally different people made a rock band,” he advances.

The bassist also recognizes the great affection he has for Latin America, from its culture and traditions, to its music, as he affirms that he is a follower of musicians such as the Colombian Juanes or the Mexican Los Tigres del Norte.

With regard to the pandemic, the band remained “intelligent”, according to Simmons, because they did not want to get sick or infect anyone, and took the opportunity to invite people to get the vaccine.

“Policies get in the way of science and that’s when very bad things happen, they have to get vaccinated. Some politicians say that vaccines don’t work, but politicians are idiots, listen to the scientists and get vaccinated,” the singer emphasizes.

This announcement is in addition to the efforts that the New York-born group has carried out now that it will resume its farewell world tour.

Although the end of the group is near, it is likely that Simmons will not leave the stage entirely, since his solo project, Gene Simmons & His Band, is still underway.

Finally, the musician declares that he feels strong and fit. “In a month I will be 72 years old and I have all my teeth, my hair, everything is fine down here, do not feel, as long as you are alive keep going.”