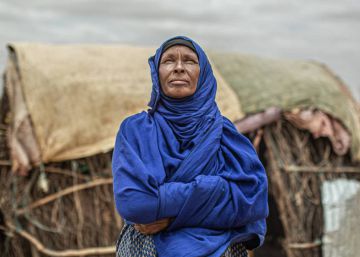 Extreme inequality is one of the evils of our time. Enquer poverty, weaken democracy and break societies. It manifests itself in many ways: gender injustices, capture of wealth and natural resources, income disparities … Well, climate change is one of the toughest demonstrations of the inequality since it multiplies its impact.

Rich countries pollute more, much more and have done so for longer. In fact, the richest 10% of the population is responsible for 50% of the emissions that cause global warming. Conversely, the poorest 50% hardly contributes 10%. All of Africa barely contributes 5%. There is a sixth of the population that is so poor that it hardly emits greenhouse gases.

However, it is this population that suffers most the devastating impact of climate change. And he suffers already, in the form of extreme and unpredictable weather events that dry up land, flood houses and force families to leave their home having lost everything. This is the case in the Sahel, in Bangladesh or in the Pacific. The impact on Europe or the United States begins to be felt and will do much more in the coming years. The impact in some vulnerable regions displaces 20 million people a year, people who wanted to stay in their homes.

The European population will be severely affected, but we maintain protection networks that give more options to resist the impact. Agricultural insurance, prediction systems, investment capacity for new infrastructure or productive changes, energy to desalinate water or cool houses. A family of nomadic shepherds from Ethiopia has nothing. When their cattle die of thirst, they can only go to the IDP camp to depend on humanitarian aid to live. A malnourished girl from the dry corridor of Guatemala will continue to starve because the countryside no longer gives and her government does not want to help her community.

Taken to the extreme, an "ultra rich" usually has a level of consumption that leads him to burn a forest a day in the form of emissions. If things get really tough in the face of the climatic emergency, as is more than predictable, you will have the money to migrate safely to less affected areas, to monopolize the necessary natural resources, to buy food or water at whatever price. Even to continue emitting tons of COtwo. It is what gives power and privilege.

The impact is also not equivalent between men and women, given the tasks they assume in the home and society. They are more likely to drop out of school and have water hardening or growing food harder for them than for men. Being a woman in an area affected by floods, hurricanes or recurring droughts means addressing gender and climate inequality. Both are reinforced to oppress the hopes of millions of women in the world.

When a person hurts others and himself, and does it on a recurring basis, it is normal for him to take two measures. The first, stop doing it. That is, drastically stop emissions, a primary responsibility of governments, but also of each city, company, organization or person.

The second measure is to repair the damage caused. If the damage is still remedied, you can provide whatever is necessary to allow the affected person to recover and adapt to the situation. If the damage is irreversible, it only remains to compensate the victims. It is fair, we know it. That's what green funds for adaptation and "damage and repair" schemes are all about. Give survival options to those who will lose everything and compensate those who have already lost it.

Well, developed countries, and especially some like the United States or Australia, do neither one nor the other. They still do not cut emissions, rather they increase them hooked on the hard drug of fossil fuels. And they still do not provide funding so that communities can adapt or be repaired. Just 4.5 dollars per affected person. An unacceptable fraction of what they promised to help.

And it is that inequality, also climate, is based on power and privilege. The power to continue broadcasting, the privilege of not assuming the consequences of doing so. Even when?

Jose Maria Vera He is the director of Oxfam.

Do you know where the ‘fridge’ of Spain is?