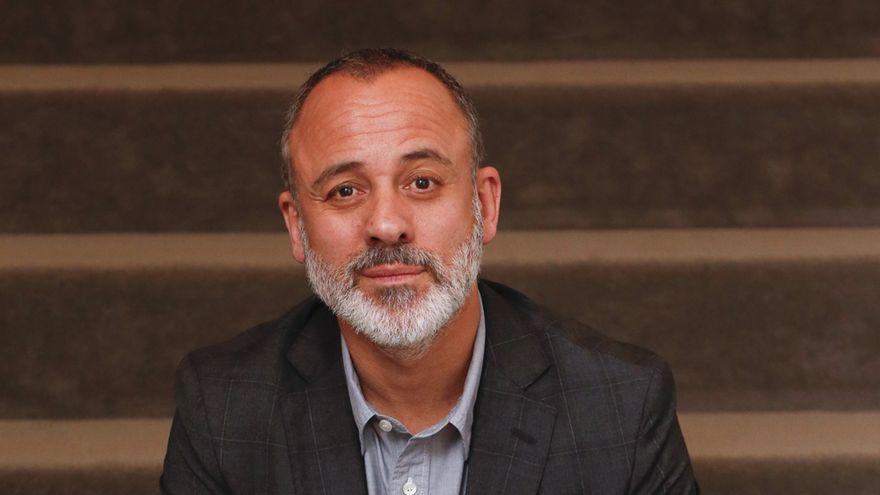 The last time Javier Gutierrez stepped on the theater Rosalía de Castro from A Coruña, in the audience was John Malkovich. Now he's back on tour with the play 'Beginners', in which he talks about love and heartbreak with Mónica Regueiro, Daniel Pérez Prada and Vicky Luengo.

What does it mean to develop this tour in these times?

It is always special to get on stage and do theater. But in these times of great need, both the public and us, to tell stories and live experiences, It is not only necessary, but also like it. Especially after what we've been through. I am a citizen who believes that health must be prioritized over the economy, but today, as we are, trying to put our heads out or already glimpsing a light at the end of the tunnel, I think it is also fair for us afterwards of what we have suffered being able to go out to enjoy a dinner or a theater show.

Beginners talk about love. But, what is Javier Gutiérrez talking about when he talks about love?

Love is a very tricky subject that accompanies us almost from the moment we are born until we die. But I think that we are not educated enough to know how to love in most cases. I am very envious of those people who feel full, happy and full of love, because it is a very complicated journey in the life journey of each one. In this case, on stage, we question the lives of two couples, one more mature, with a somewhat toxic relationship, and another couple that is just beginning, which is in the spring of their relationship. We are all going to be reflected in one way or another because they talk about love, heartbreak, infidelity, whether we are really in love or not, whether the partner we are with, with whom we get up and go to bed, to which we tell our intimacies, is the ideal companion or travel companion. It is a show that deals with love, but it is not an easy show, it is not at all pleasing for the viewer. As in the texts by Raymond Caver —the work is born from one of his stories—, the theatrical adaptation invites reflection and requires active spectators.

Evidently. We live in a world perhaps too dominated by social networks, in which we tell the life we ​​want to tell. Or perhaps we idealize our own life too much in order to give an image that does not correspond to reality. Afterwards, indoors, I suppose that the lives of the people who talk about that other life on social networks will not be the same. I do not know if it will be worse or it will be in the antipodes of those who sell us through travel photos and almost unrepeatable experiences, but I want to believe that the life of others is not the life that corresponds to social networks. You don't have to trust them too much, nor do I think they are a good example.

How is it being to work with director Andrés Lima again?

A pleasure. I have known Andrés for twenty years. I have had the immense luck, honor and privilege of having worked with him, of having directed ten or more shows, in the Animalario stage and afterwards. He is always a reference director for me, in which I think of any show that I undertake. My first choice for almost everything, be it a drama or a comedy, is usually Andrés Lima. I get on very well with him. In this case, to talk about love and heartbreak I think there was no one more suitable than Andrés to do it. Whatever he does, he is always a very interesting director and for me he is among the best if not the best stage director in this country.

They say that love has no age. And success? At 50 years of age, his jobs continue to rain.

Love has no age and neither does success, nor popularity or recognition of work. Love, like work, like almost everything in life, you have to live it with passion. And then the rest will follow. I never think about the objectives or the results, but rather immerse myself in a project, in a character, and try to conquer the heart or the brain of the spectator. Everything else comes in addition.

In an interview with Andreu Buenafuente, Mario Casas said that an actor lives in fear of not being called for a job. Does it happen to you too?

Yeah right. This is a sawtooth profession where you never know why the phone rings or why it stops ringing. Many times I am surprised when a director calls me for a movie or entrusts me with a character that I would never have thought I could do. I think they have been wrong to count on me and that is always latent, it is something that is very present in our profession. Not only to people who work but also to those who have not had the phone ring for a long time. There is a recent study, made of 3,000 dancers and actors, which throws a tragic and hopeless fact, which is that 97% of them have not entered a single euro in 2020 in the midst of the pandemic. It is a profession in which we are always on the tightrope, on the wire, and regardless of whether you have talent or not, you always depend on that piece of the cake that is luck and that someone remembers you. It is true that the more you work and the greater your visibility, the more work they offer you. Work feeds back work, that's why there is a lot of fear of losing that visibility, that it seems that they have forgotten us.

Do the prizes help?

The prizes, prizes are. But With the prizes you don't eat and many times they are not fair. The awards are very good to feed the ego of each one and make the people who love you happy, to give visibility to a project, but beyond that I do not think that an actress or an actor who has or does not have awards is Better or worse.

Is it curious to talk about a bad moment for the cultural sector when it has saved many during this pandemic?

Yes. I never tire of repeating it. Culture, like education and health, is a basic pillar in any society. We have seen that it is very necessary. In the midst of the pandemic, we have accompanied citizens who have been very lonely. We have served as a balm, as a lifeline, for many people who have had a really bad time. And not only the cinema, I'm talking about culture in general: a good book, a good album, a poem or a drawing. Culture has helped us to better cope with this horrible time in which so many people have been sick and, unfortunately, in which so many people have died. The culture has been there. And we must never forget. Politicians, the first, but also our society must give value to that. We have been there when we have been most needed.

In May he premieres on Movistar + 'Reyes de la Noche', in which he turns to sports journalism. Are you a football fan?

Very football fan. As a child, like most kids, I wanted to be a footballer. What happens is that he was not called for it. I have always been interested in the world of football and sports. I am a fan of Racing de Ferrol. I accepted this series with great joy because it spoke of a time that I lived with great passion. I was a follower of the programs of José María García and José Ramón de la Morena, and precisely this series talks about that, about two radio figures who are at the top of their profession and are fighting to be the king of the airwaves, the king of the night. He talks about ambition, about egos, but above all he speaks with passion about radio, sports and a time that was very wild, and that will not return like this. A time when the end justified all means and real outrages were committed to get an exclusion or to step on an interview with the enemy station. I think it is going to be an exciting series, in the key of comedy and with dramatic doses.