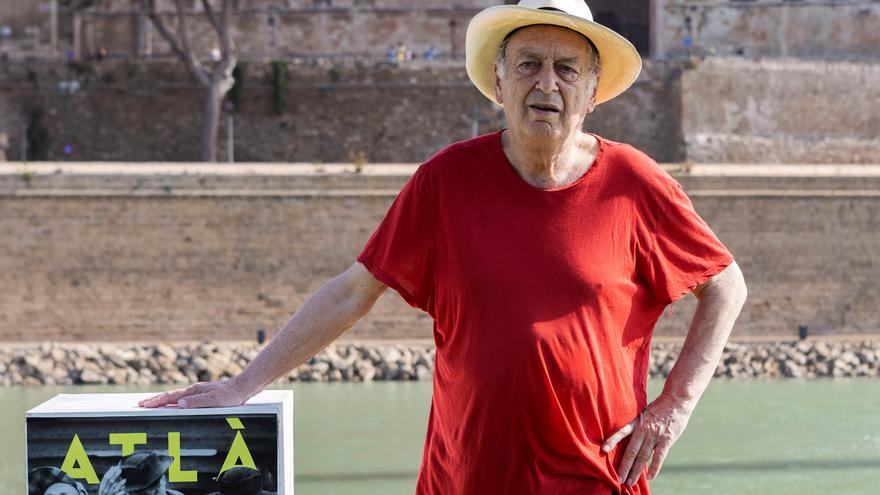 Palma, Jul 31 (EFE) .- British filmmaker Stephen Frears, director of “My beautiful laundry” or “Dangerous friendships”, who receives the Masters of Cinema award from the Atlàntida Mallorca Film Fest that he could not collect last year for the pandemic, believes that the UK postBrexit has settled “in a fantasy of the far right”.

Dressed in a straw hat, a red T-shirt, striped shorts and sandals like one more English tourist in Mallorca, Frears has expressed in an interview with EFE his disappointment and anger against the government of Boris Johnson and the drift of his country has had it for over a year.

“It is a terrible tragedy that a country as important as Great Britain has fallen into this collective madness,” he asserted, before explaining the difficulties involved in wandering around airports due to the entry of foreign citizens of the European Union.

“A tragedy from head to toe that has given rise to this terrible government, which has submerged us in a fantasy of the extreme right,” he sentenced.

Stephen Frears worked in the 60s with great directors of the ‘Free Cinema’ movement such as Karel Reisz or Lindsay Anderson, with whom he is grateful and to whom he owes “everything”: “When I started, I had not even considered dedicating myself to cinema, Well, he worked in the theater. ”

After two films and television work, Frears gained notoriety with “My Beautiful Laundry”, his first collaboration with writer Hanif Kureishi as a screenwriter, with whom he again worked on “Sammy and Rosie they ride it”, in the anteroom of his first job in Hollywood, “Dangerous Friendships.”

Frears has met in Palma with the actress Judi Dench, who receives the Masters of Cinema of this edition of the festival and only has words of praise for her: “I have always liked the way she understands acting, as a trade in the one you learn as you work. ”

Together they have worked on “Mrs. Henderson presents”, “Philomena” or “Victoria & Abdul”.

His filmography does not lack films that address the history of the British monarchy, especially two of its icons Elizabeth II in “The Queen” and Queen Victoria in “Victoria & Abdul”.

Frears admits that the monarchy is a good argument for fiction, be it film, literature, theater or television: “Shakespeare already did it and if it was an important subject for Shakespeare, it is also important for me, because they are very dramatic characters and in great Brittany, which is a very small country, we don’t have cowboys, but kings are dramatic characters. ”

Regarding his new project, “The Lost King”, in which he will have Steve Coogan again in the script, Frears has advanced that “it is again a film about a king.

This film tells the story of Philippa Langley, the historian who in 2012 helped discover the remains of King Richard III, lost for more than 500 years, under a car park in the English city of Leicester, where Frears was born in 1941, a discovery which culminated years of obsessive research by Langley, in which there was no shortage of jeers from academics.

“I grew up with British history, I knew all the dates and all the kings and, suddenly, you realize that you have been told a string of lies,” says the director of “Open your ears.”

He made Frears television early in his career and recently directed the miniseries “Quiz,” but is not particularly interested in television, not even as a viewer. “I am interested in a good job and I see that there are more opportunities on television and now, in general, cinema is not very good.”

Precisely, he agreed to direct “Quiz”, based on the true story of Charles Ingram, who starred in a resounding scandal after being accused of cheating in the contest Who Wants to Be a Millionaire ?, because Frears saw “a good story, in his own way. subversive and that he knew the public would like it. ”