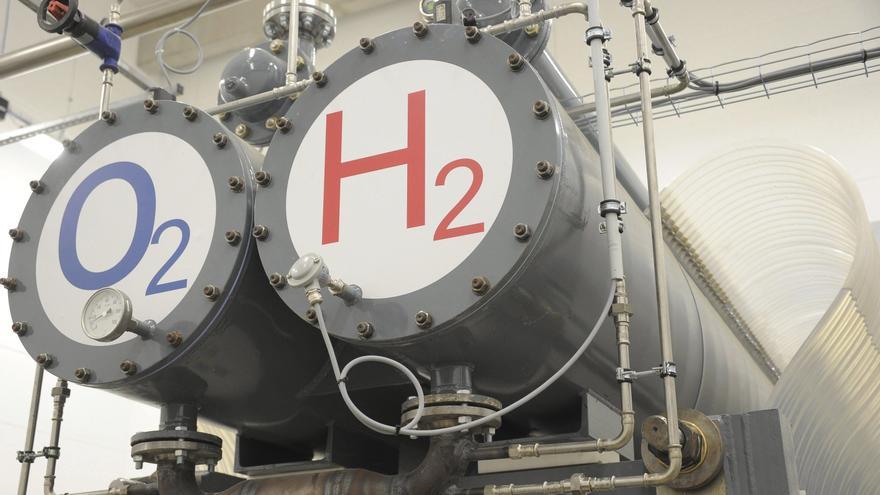 The main executives of the large Spanish energy companies have applauded this Thursday the Government’s commitment to green hydrogen in an event organized by the Ministry for the Ecological Transition inaugurated by the President of the Government, Pedro Sánchez, who has announced that Spain will allocate until 2023 more of 1,500 million euros of European funds to projects related to clean hydrogen.

“We are in the right country”, was the message launched by the top executives of Repsol and Endesa, Josu Jon Imaz and José Bogas, who have shown their full alignment with the roadmap for renewable hydrogen recently presented by the Executive, which includes investments of 8,900 million euros until 2030. A “brave bet”, in the words of the president of Iberdrola, Ignacio Sánchez Galán, who has asked for speed to materialize it: “You have to run. We have to do it quickly because if there will not be others to do it and we will be late, “said Galán, who warned that competition is growing rapidly in northern Europe, Australia, Japan, Saudi Arabia or Chile.

In a video from Moncloa, the President of the Government has announced that investment of 1,500 million to turn Spain into an “ecological power”, “the European country with the most potential in green hydrogen”, thanks to its geographical position and its enormous potential for renewable generation. Sánchez added that in the draft General State Budgets (PGE) for 2021 the technologies related to hydrogen will already have an item of 100 million euros, “which will finance 60 companies.”

The meeting was led by the fourth vice president, Teresa Ribera, who has encouraged companies to submit in the next month (until December 19) projects related to hydrogen that may be eligible for the Government Recovery Plan. The appointment has served to analyze the state of the art, energy opportunities and in the industrial value chain and the planned projects of companies from different areas of the value chain around this energy vector. And it has had the participation of Vice President Nadia Calviño, the Minister of Industry, Reyes Maroto, the Head of Science and Innovation, Pedro Duque; the EU Energy Commissioner, Kadri Simpson, and the Executive Vice-President of the European Commission, Frans Timmermans.

Timmermans has underlined that Spain, whose climate “ambition” he has appreciated, “has a unique opportunity and an enviable position to take advantage of this moment to join forces at both national and European level”, for which he has encouraged Administration and companies to “create in Spain the necessary ecosystem. We are waiting for you with open arms in Europe to work together “.

In the chapter on company requests, Galán has claimed that this energy vector “has the announced support” as soon as possible. The chief executive of Iberdrola has assured that the aid required for the project announced by the power company together with Fertiberia to build a green ammonia production plant in Puertollano (1.8 billion investment) is “much lower than what we used in its day for other clean technologies such as photovoltaic or solar thermal ”:“ at most twice the price of energy at the moment ”, when these technologies required support that multiplied by five the prices of that time.

The main executive of Repsol has demanded for his part “to act on electricity costs, with the discharge of all transport and distribution costs” associated with hydrogen “to make it possible in costs”. According to the calculations of the oil company, “in 2030 the costs of green hydrogen are 35% lower in Spain than in Germany.” Imaz has indicated that Repsol has in its portfolio up to 2,900 million of investment planned until 2023 in the hydrogen chain

José Bogas, from Endesa, stressed that the deployment of green hydrogen faces economic barriers that should “be solved on the one hand with simpler regulations and on the other by discharging the cost of electricity from a series of charges that would make it much more competitive ”. And he has warned that “there is no reason to spend time or money on another type of hydrogen.” For his part, Francisco Reynés, executive president of Naturgy, has urged the implementation of hydrogen certificates of origin, a glove that the Secretary of State for Energy, Sara Aagesen, has promised to collect.

Representatives of the financial sector and of the two largest Spanish train manufacturers, Talgo and CAF, also participated in the meeting. José María Oriol, CEO of the former, has presented Talgo’s commitment to trains that use hydrogen as clean tractor energy as an alternative to electrifying the railway network in Spain, the cost of which has been estimated at 3,000 million, a figure that ” We can not afford”. Since 2019, the group has been developing a hydrogen-electric hybrid train, a “scalable solution” that can allow the conversion of current diesel trains and plans to start validating it in one year.

For his part, the CEO of CAF, Andrés Arizkorreta, explained that the Basque group already has an order book for more than 70 hydrogen-powered buses, which represents a “great opportunity in urban transport”. The group has recently been chosen by the EU to develop a prototype of a new hydrogen train together with other Spanish companies such as Renfe, Adif or the National Hydrogen Center.