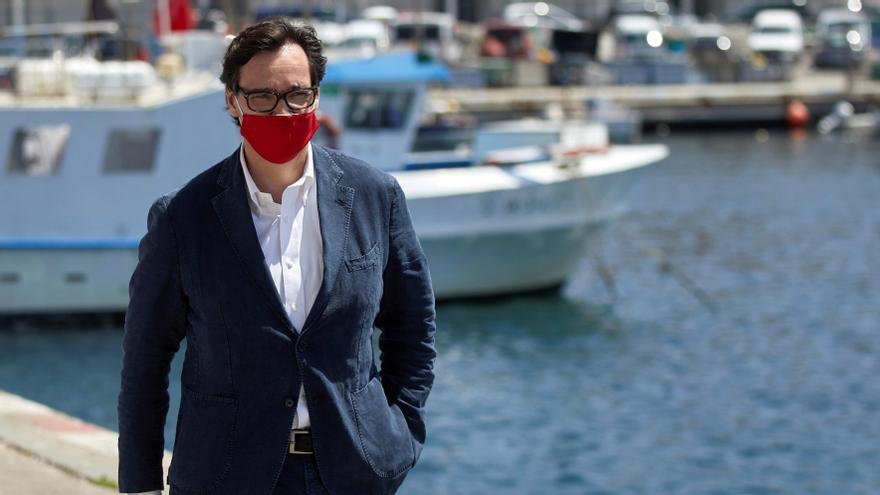 The Minister of Health, Salvador Illa, has described Spain as a “safe destination” during his appearance at a conference of the PSC in Palamós (Girona) and has taken the opportunity to express his support for the restrictive measures implemented by the autonomous communities in the face of the outbreaks of covid-19.

Asked about the measures and recommendations of countries like Germany to their citizens who travel to some Spanish territories, Illa has insisted that they should only “respect” the protocols that are applied in the area where they practice tourism.

“If they are fulfilled, Spain is a safe destination,” reiterated the minister, who has also expressed his support for the measures adopted by the autonomous communities, among which he has mentioned that of Catalonia, because they guarantee the health of residents and visitors.

To justify his considerations, the minister has given data such as more than 70 percent of the outbreaks are from less than ten people or that 60 percent of those who test positive are asymptomatic.

“We are in a control scenario,” said Salvador Illa, who stressed that the figures respond to an “early detection effort.”

Regarding the restrictions, which in Catalonia have been rejected by the courts regarding the closing of bars and terraces at midnight, Illa has indicated that they are “giving their result”.

As an example, he stressed that there is “a very high percentage linked to nightlife and, therefore, measures must be taken” that he supports.

The minister has appealed “to the public not to be afraid of the virus, but to have respect for it,” after which he referred to the Conference of Presidents this Friday and assured that, despite the absence of the Catalan president, Quim Torra, “there is no will by the Government of Spain to harm anyone, but everyone has to do their job.”

Salvador Illa has considered that “everyone makes their decisions”, although he specified that the appointment was “fruitful” in an exercise of “co-governance” applied to European funds.

Illa has insisted on expressing in the health field its support for the measures decreed by the autonomous communities, “in particular that of Catalonia”, which has been extended to the Government of Spain.

The Minister of Health has finally left a positive message, noting that “hospital pressure remains at low levels” and that the 50,000 daily PCR tests that are carried out during working days are “very many”.

The average age of the new cases has placed it at 45 years “and they are much milder,” said the minister, who also sees controlled ports and airports as possible sources of entry of the virus.

The minister is also not concerned about the situation with immigrants, since there are “protocols that are being followed” and that guarantees that “the corresponding measures” are applied to those people who arrive in Spanish territory.

The minister has once again asked young people to comply with the recommendations of the health authorities and has been sympathetic to their situation, although he has reminded them that they can transmit the disease to their families.

Illa has made all these statements during an attention to the press in the framework of the II Municipal Conference organized by the PSC, a party of which he is the secretary of the Organization.

In Palamós, the minister has appeared accompanied by the first secretary of the formation in Girona, Marc Lamuà, and by the spokeswoman at the city council of the province’s capital, Silvia Paneque.